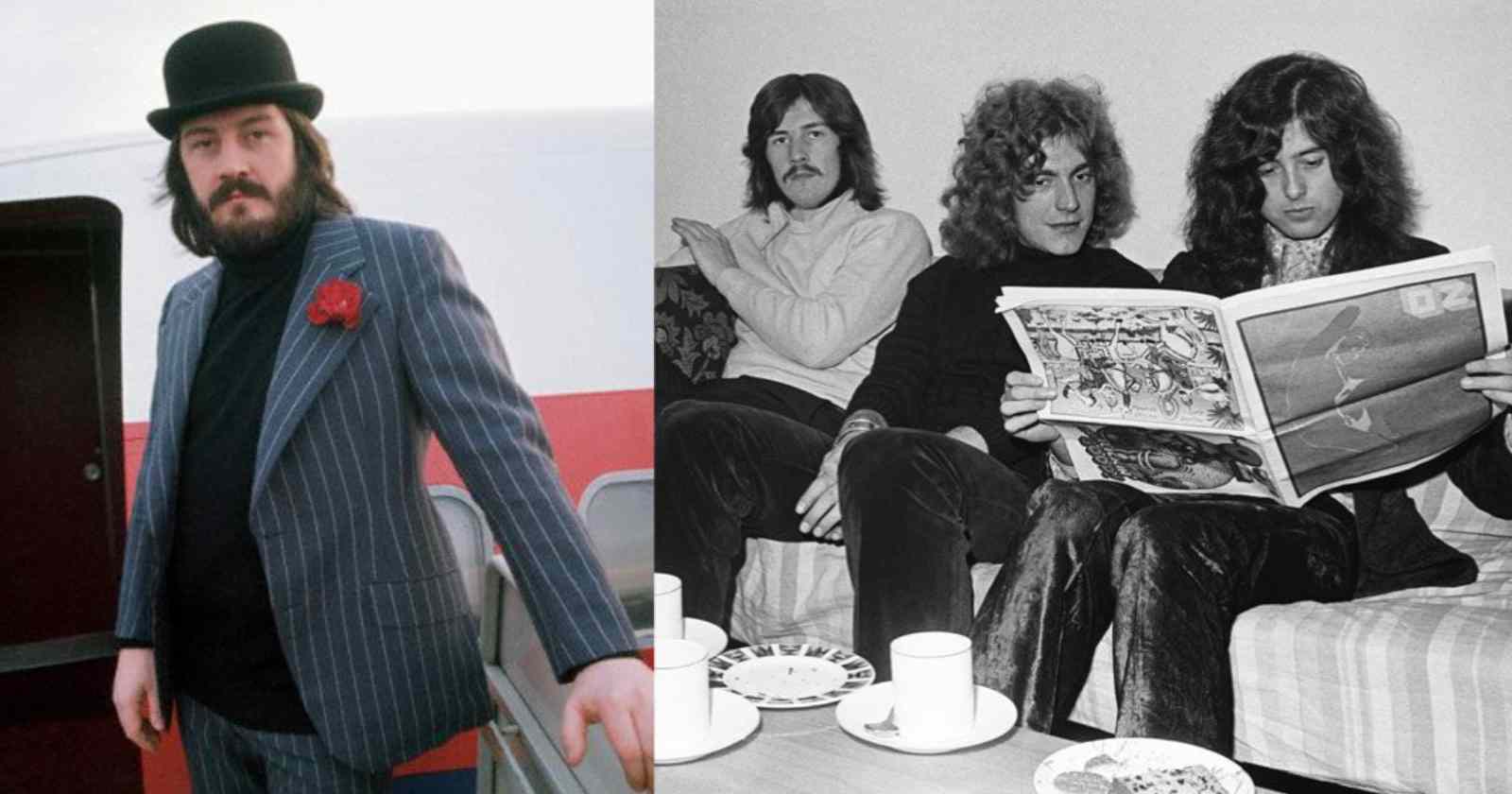 After The Yardbirds end in 1968, guitarist Jimmy Page formed The New Yardbirds that would quickly become Led Zeppelin and change Rock and Roll history. During the 70s with the astronomical success of their studio albums and tours the group was one of the biggest bands in the world, selling an incredible amount of records and tickets.

In an article written by Steve Rosen back 2007 in Ultimate Guitar, he recalled the experience he had being with Led Zeppelin on tour to interview the band members back in 1977 and the rules that the band’s publicist Janine Safer told him before he went to meet the group.

What were the strange 6 rules to interview Led Zeppelin back in the 70’s:

It wasn’t specified by Steve Rosen or Zeppelin’s publicist the reason why she said to not “make any sort of eye contact with John Bonham”. The drummer is often recalled as a fun guy to party with, that like any rock star used to make crazy things once in a while. But sometimes he could also lose his temper, specially after some drinks, what once made him punch Robert Plant in the mouth as Music Radar reported when talking about the new John Bonham biography written by CM Kushins. The book “Beast: John Bonham and the Rise of Led Zeppelin” recalls that the fight between them happened because Bonzo had filled-up a car with petrol while he and Plant were on a roadtrip in Scotland and he continued to ask Plant’s reimbursement in the following weeks.

Few minutes before they went on stage one night in Budokan, Bonham decided to talk about that matter once again. Plant disputed the debt, what ultimately made Bonham punch him in the mouth. Bonham later said to the band’s road manager Richard Cole: “Robert and I have known each other for so long that there’s never any maliciousness in these fights. We just lose our tempers sometimes”.

The book also says that Plant told reporters at the time that “It’s really none of your fucking business. It’s just between me and Bonzo.” In the night before Bonham also caused trouble trashing his hotel room and the door of John Paul Jones‘ room with a samurai sword at the Tokyo Hilton back in 1971

Led Zeppelin manager from their creation until their breakup in 1980 after John Bonham’s death, Peter Grant was described as one of the shrewdest and most ruthless managers in rock history. With his intimidating size and weight, confrontational manner fought for the band’s deals. “When Peter Grant was laying down the law to people, they would be visibly shaking. People were terrified of him. He had this immense power to project strength. But I found he was like a cuddly bear,” the ex-Led Zeppelin press agent Bill Harry told Classic Rock back in 2016.

Grant described in an intervew back 1990 with Classic Rock magazine each Led Zeppelin member personality, saying about Bonham: “As far as Bonzo’s concerned, he’s probably the best mate I’ve ever had in my life. As a drummer… unbelievable drummer. And all that’s been said about him… Yeah, I’ve seen him wreck hotels – I helped him. But he was always ‘there’. He was always there for the band, he was always there for his family. I really admired that.”

Led Zeppelin has an estimated sales of 200 to 300 millions records sold worlwide. They were inducted by Steven Tyler and Joe Perry from Aerosmith into the Rock and Roll Hall of Fame back in 1995, with Perry saying they were “pure chemistry, kind of like Howlin’ Wolf meets the Loch Ness monster”. Nominated 3 times for the Grammy Awards, the group only one on one occasion.