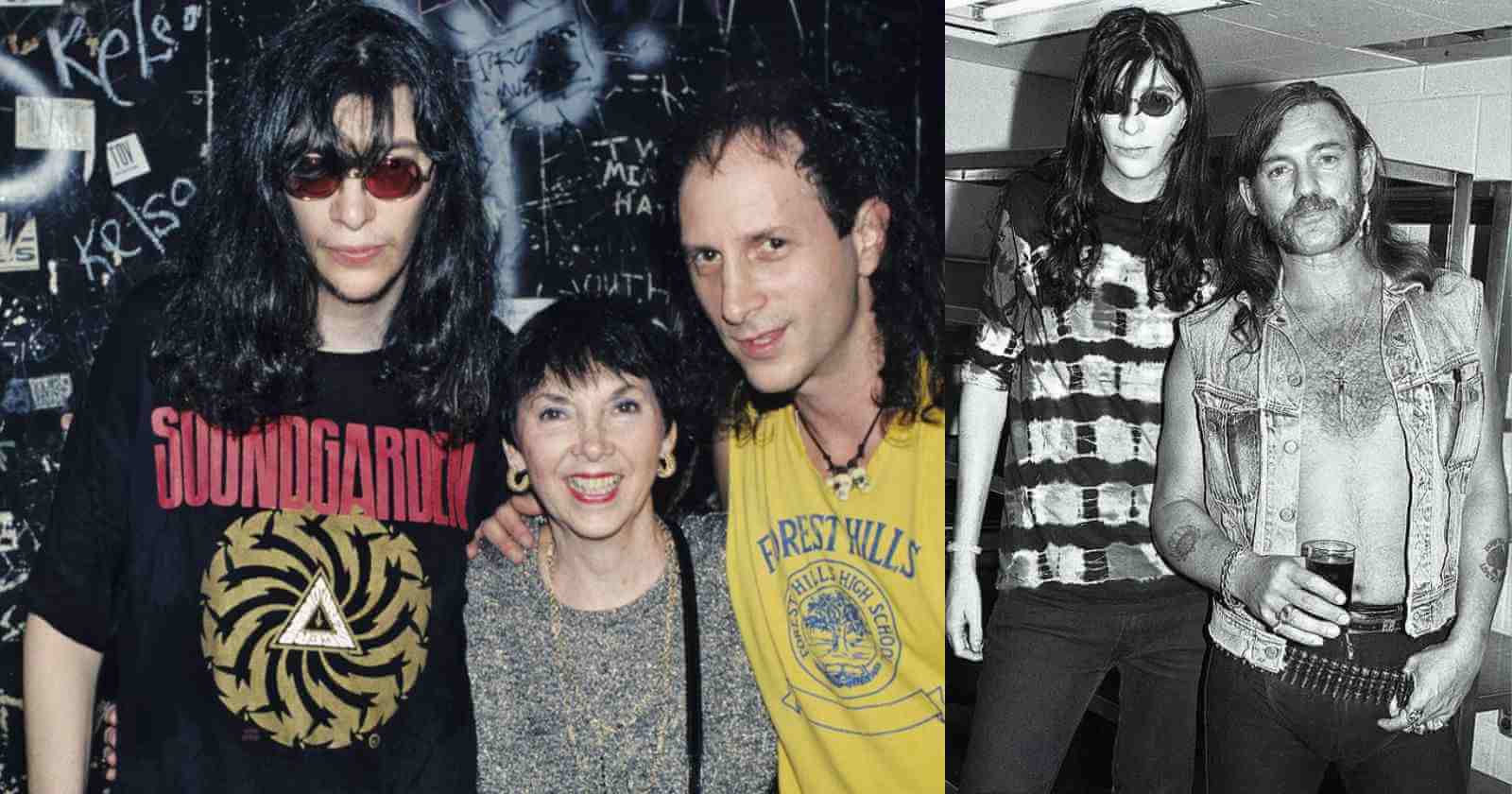 Legendary Ramones singer Joey Ramone was interviewed on the Christmas 1989 edition of MTV’s 120 Minutes and he revealed to Dave Kendall his favorite albums of the 1980s. The musician loved bands like AC/DC and Motörhead.

Joey Ramone said about favorite albums and bands of the 80’s:

“I took the groups that were the real and nature, genuine guts bands like Motörhead, AC/DC, people like that.”

AC/DC “Who Made Who”

When asked to comment about AC/DC’s album “Who Made Who”, Joey Ramone said: “Well, what it was exciting, it’s it was a soundtrack from the Stephen King movie (Maximum Overdrive), but it had all great stuff, it had the old Bon Scott stuff and it was real good, a good collection”.

When asked about Motörhead, Joey Ramone said he liked “No Remorse” album, released back in 1984: “I love all their stuff but ‘No Remorse’ I thought it was a great collection of things. Ther is no band like Motörhead. They’re great, unique and exciting. Lemmy is like a total character, he is great.

“Well, I like anything by The Ramones (Laughs). I like The Cramps, Georgia Satellites, I thought their first album was really impressive, because they are really down to earth, because they are just a good natural exciting band, you know, no pretensions and so.

The Ramones album “Too Tough To Die”

“Well, that was a real breaktrough because we were back on track with that album. We were back doing what did, exciting rock and roll without any crap from the record company (laughs).”

In an interview with Entertainment Weekly back in 1990, the musician listed the 6 albums he would take to a desert island, Motörhead and AC/DC were again on the list.

The death of Joey Ramone