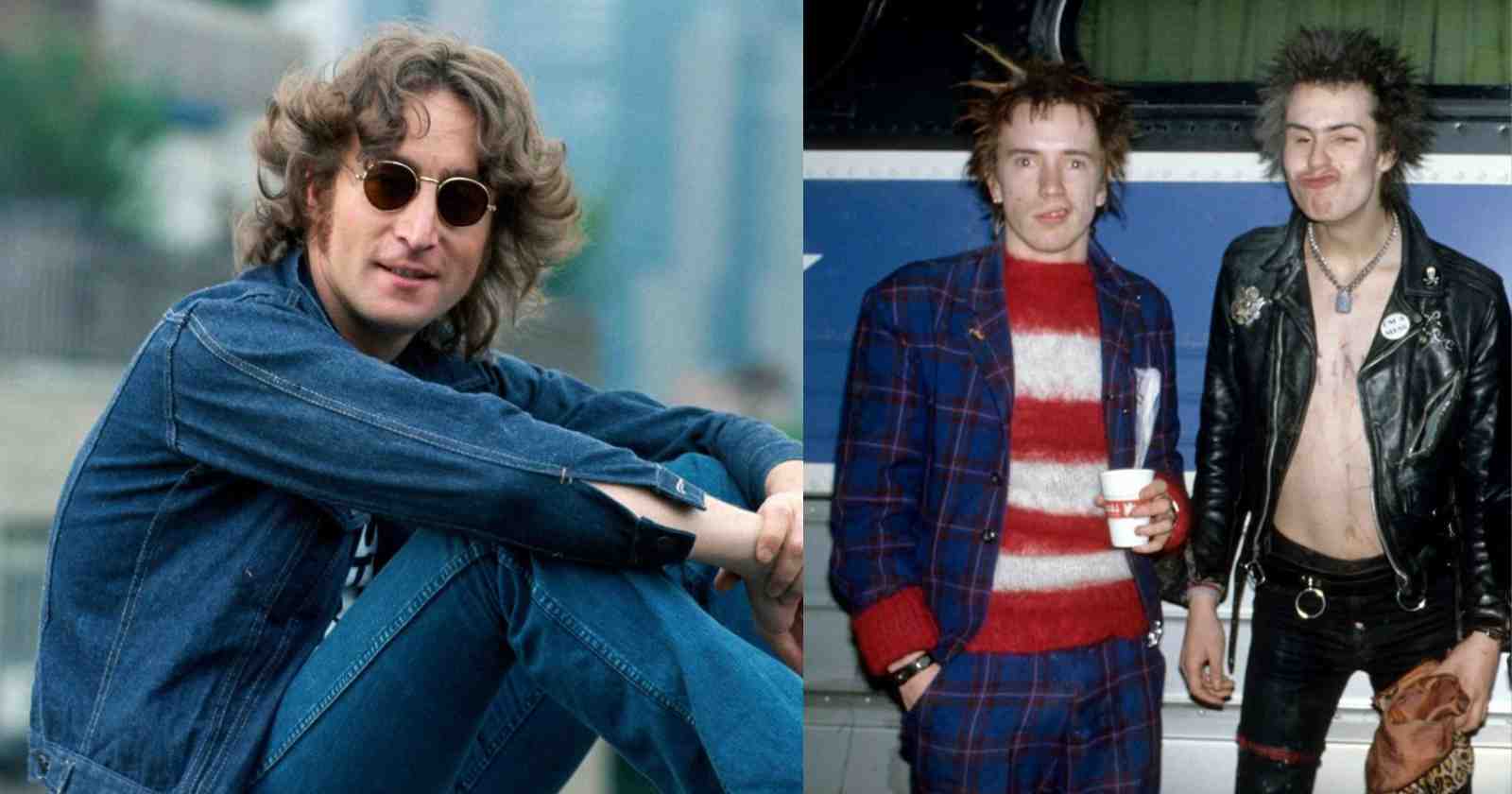 Punk Rock shook the music business in the late 70’s and in an interview with Playboy magazine back in 1980 John Lennon gave his opinion on the new movement and talked about bands he was listening to at the moment.

“I love all this punky stuff. It’s pure. I’m not, however, crazy about the people who destroy themselves.”

You disagree with Neil Young’s lyric in ‘Rust Never Sleeps’– ‘It’s better to burn out than to fade away….’

“I hate it. It’s better to fade away like an old soldier than to burn out. I don’t appreciate worship of dead Sid Vicious or of dead James Dean or of dead John Wayne. It’s the same thing. Making Sid Vicious a hero, Jim Morrison …it’s garbage to me. I worship the people who survive. Gloria Swanson, Greta Garbo. They’re saying John Wayne conquered cancer… he whipped it like a man. You know, I’m sorry that he died and all that.”

“I’m sorry for his family, but he didn’t whip cancer. It whipped him. I don’t want Sean worshiping John Wayne or Sid Vicious. What do they teach you? Nothing. Death. Sid Vicious died for what? So that we might rock? I mean, it’s garbage, you know. If Neil Young admires that sentiment so much, why doesn’t he do it? Because he sure as hell faded away and came back many times, like all of us. No, thank you. I’ll take the living and the healthy.”

Do you listen to the radio?

“Muzak or classical. I don’t purchase records. I do enjoy listening to things like Japanese folk music or Indian music. My tastes are very broad. When I was a housewife, I just had Muzak on, background music, ‘cuz it relaxes you.”

What are your musical preferences these days?

“Well, I like all music, depending on what time of day it is. I don’t like styles of music or people per se. So I can’t say I enjoy the Pretenders, but I like their hit record. I enjoy the B-52s, because I heard them doing Yoko. It’s great. If Yoko ever goes back to her old sound, they’ll be saying, ‘Yeah, she’s copying the B-52s.'”

In the same interview John Lennon explained why he didn’t listen to Beatles records:

“Are you kidding? For pleasure, I would never listen to them. When I hear them, I just think of the session. It’s like an actor watching himself in an old movie. When I hear a song, I remember the Abbey Road studio, the session, who fought with whom, where I was sitting, banging the tambourine in the corner…”