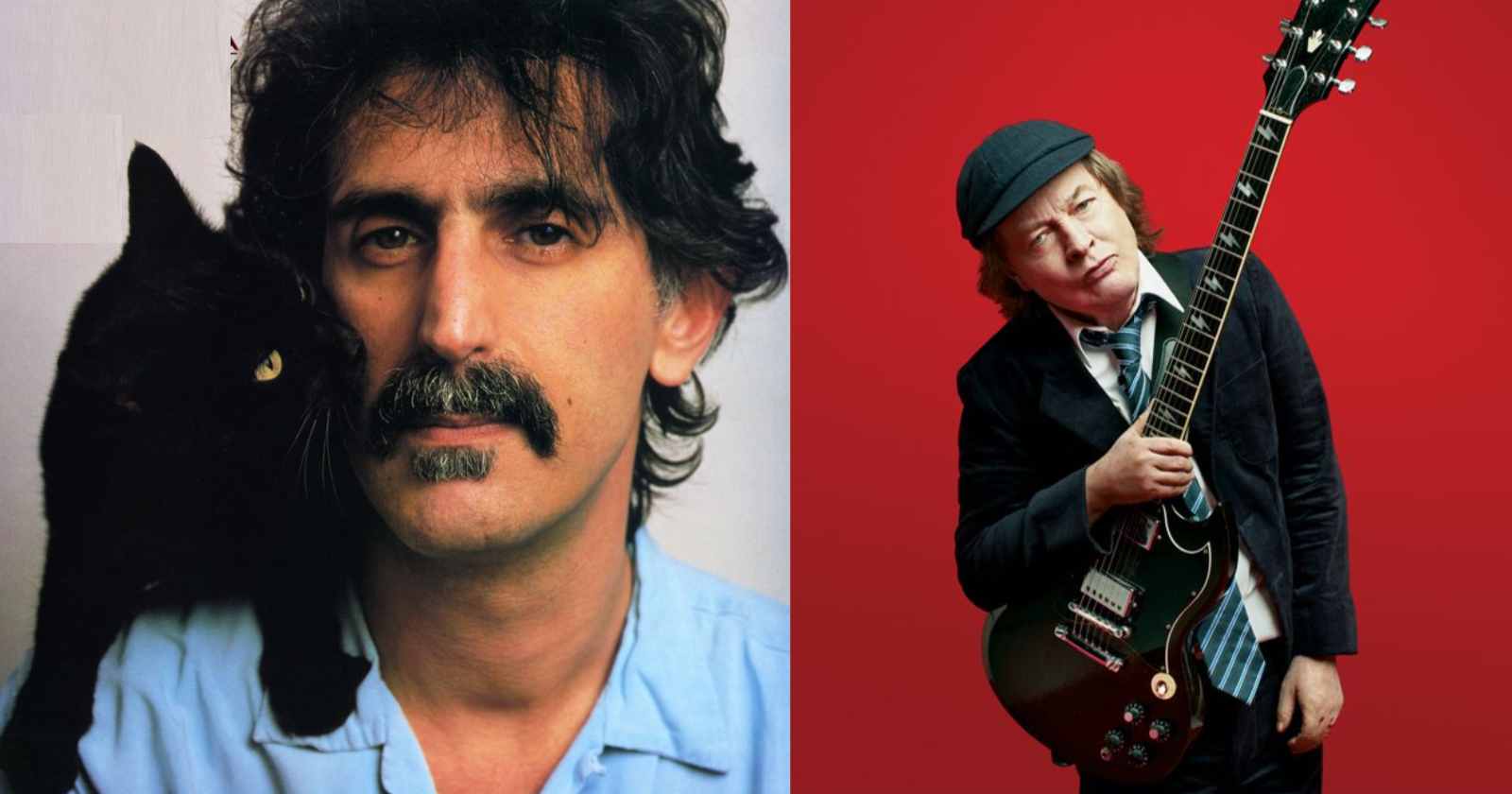 One of the most influential musicians of all time, Frank Zappa played from the 60s until the 90s and had the opportunity to see many famous bands appear on the scene. One of these groups was AC/DC that became one of the biggest Hard Rock bands in history selling more than 200 million records worlwide. In interviews over the years his son Dweezil Zappa, that like his father became a guitarist and singer revealed what was his old man’s opinion on the Australian group.

Frank Zappa who was inducted into the Rock and Roll Hall Of Fame back in 1995 died two years before at the age of 52 victim of prostate cancer.

What was Frank Zappa’s opinion on AC/DC

In an interview with Classic Rock magazine on their special AC/DC edition back in 2017, Zappa’s son Dweezil Zappa revealed that his old man loved AC/DC and actually tried to sign them when he first went to Australia in the early 70s. However they ended up signing to Atlantic Records. “He wanted them for his own label because he thought they were great. I think he saw what everybody saw. They could play, they had a ton of energy and they were authentic.”

“It was blues-based and it had an attitude. The thing about AC/DC is they’ve carved a massive career out of playing one style that’s changed very, very little. That’s what people love, that consistency. They’re rock-solid and they have a great sound. He (Frank Zappa) loved rhythm and blues. AC/DC is essentially is a very heavy-duty, electrified rhythm and blues band.”

In a conversation with Beyond The Thunder podcast back in 2021 (Transcribed by Rock and Roll Garage), Dweezil once again said that his father like the Hard Rock group: “AC/DC is nothing but energy. Angus and Malcolm have this thing that is unique. When I was first playing (Guitar) I started getting into other music than my dad’s music. I was talking with him about AC/DC and he was saying that he actually knew those guys. He actually had one of their records.”

“So he played it for me. I think I had a cassette of either ‘Back In Black’ or ‘Highway To Hell’. He had been talking about of when he first went to Australia. He saw this great band and he really wanted to sign them on his label. They ended up getting signed to Atlantic but it was AC/DC. He just thought they were great because they always had this Rock edge. But it was really just a high volume version of the Blues.”

“Angus was a player who had a lot of technical ability but he didn’t used it all the time. He played much more just in the pocket type of stuff and melodic classic guitar kinds of things. But when he did let loose it’s pretty impressive his sense of rhythm and his phrasing. Is what really sets him apart. Probably the most important thing about his playing is his vibrato. It’s so fast but it’s not wide. He bends it right up to pitch and then just shakes it there”.

Back in 1993, the late AC/DC guitarist Malcolm Young played on piece “What The Hell I Was Thinking” that is continuous piece of music that’s 65 minutes long that still isn’t completed. Other famous musicians like Eddie Van Halen Brian May, Eric Johnson, Steve Morse, Joe Walsh, and Yngwie Malmsteen also played on the track. Dweezil told Classic Rock magazine that it was for a piece of music that he wrote and it is something unique because as far as he knows, Malcolm and Angus never played on anything execpt AC/DC material.

He also said that Angus played six or seven different takes for his solo and every single one was very well crafted.