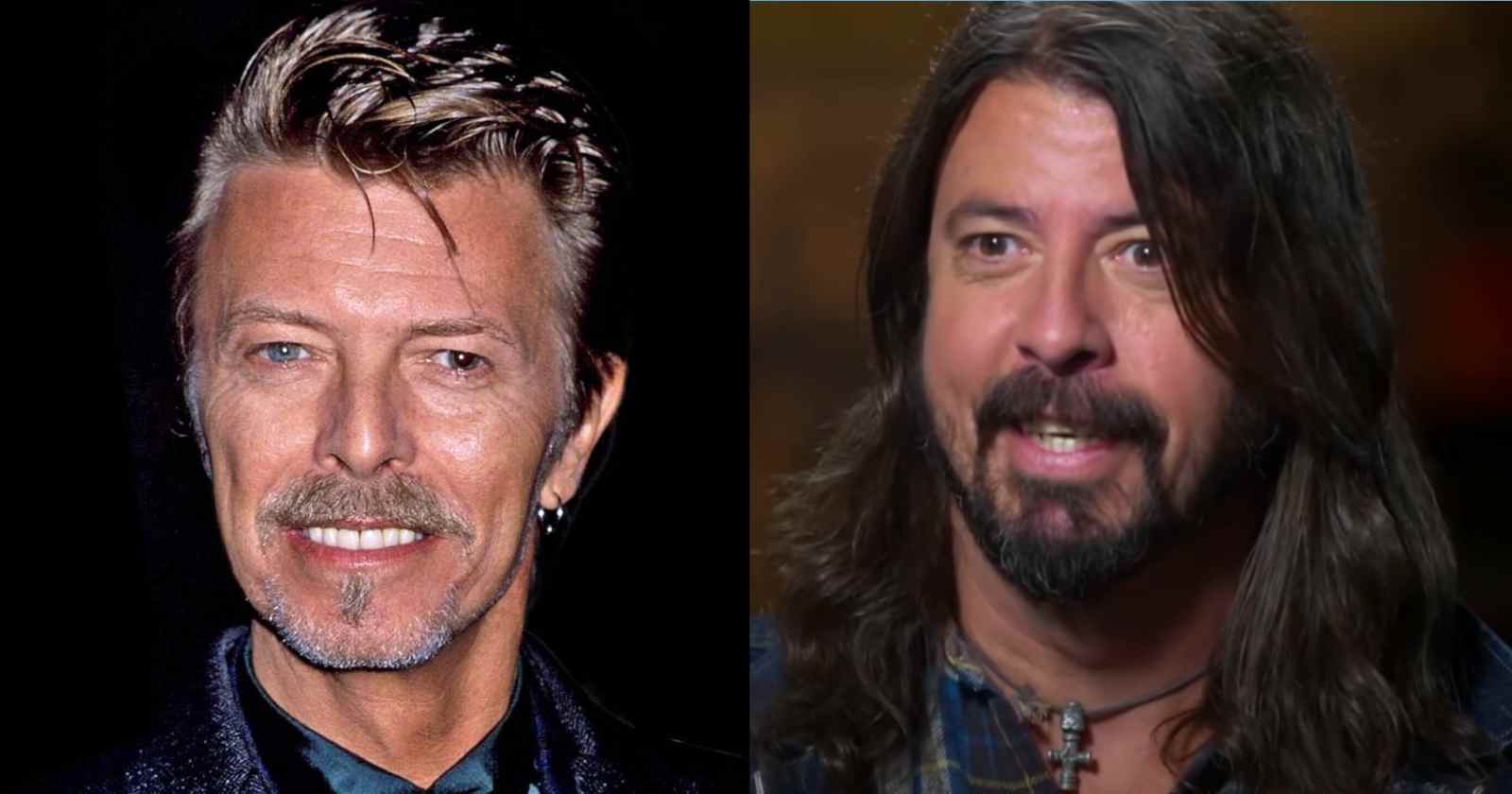 One of the most inventive and influential musicians of all time, David Bowie had a successful career from the late 60s until his death in 2016 at the age of 69. He had the chance to see the evolution of Rock and Roll music and many famous bands up close. Over the decades he gave his opinion on many musicians, including Nirvana‘s drummer/Foo Fighters leader Dave Grohl.

What was David Bowie’s opinion on Foo Fighters’ Dave Grohl

In an interview recovered by Media Collection, made in the 00s, David Bowie gave his opinion on Dave Grohl and talked about the musician’s collaboration, saying (Transcribed by Rock and Roll Garage): “He came to work with me, I enjoyed thoroughly working with him the first time at Madison Square Garden on my birthday. He did the show with me there. He is just so collaborative, he is a very open guy. I like his presence, is very enthusiastic, strong, curious. I like everything about him, he is a very bright spark,” David Bowie said.

5 years after the show, Dave Grohl worked again with David Bowie but this time on his 23rd studio album “Heathen”, released in 2002. The Foo Fighters leader ended up being credited for playing the guitar on the track “I’ve Been Waiting For You”.

A big fan of Bowie’s work since he was young, Dave Grohl talked for the late musician’s social networks in 2022 (Transcribed by Rock and Roll Garage) about how important he was. He recalled that he dind’t believe Bowie was real and revealed his favorite album of his discography. “I loved David Bowie and his music so much because he was just in his own universe. Not just musically but his aesthetic, his personality. A lot of the Rock and Roll that I listened to when I was young was made by people that seemed human (laughs). Crosby, Stills and Nash, I was a huge fan (of them) when I was young.”

“The Beatles, (they) seemed like four human beings to me. David Bowie did not, (he) seemed like an alien and I enjoyed that. The posters I had on my bedroom wall were like Led Zeppelin, The Beatles and things like that. But there was something about Bowie (that I was like) ‘I’m not sure if he is from this planet or not and I dug it’. But then the way that he could sort of shapeshift and go from one thing to the next.”

“I mean, most Bowie purists sort of lean on the early days, but I go to say my favorite Bowie album is ‘Let’s Dance’. It’s just such a masterpiece. As a drummer that was one of the things that inspired me to play the drums. So he was special because he could move back and forth from genre to sound. His image, his aesthetic would change and I don’t think that anybody else could do that as he could,” Dave Grohl said.

The funny e-mail exchanges that David Bowie had with Grohl

In an interview with Jimmy Fallon back in 2021 (Transcribed by Rock and Roll Garage), Grohl recalled working with Bowie in a track of his “Heathen”, inviting the musician to collaborate in a song years later and receiving a funny response. Dave Grohl recalled the story and explained Bowie funny sense of humour, saying: “He was in Los Angeles and I was asked by his guitarist if I wanted to come play drums on a song that he was recording. So I got to record with Bowie. i got to watch him step in front of a microphone, do one take perfectly and the sound out of his mouth was David Bowie, it absolutely blew my mind.”

“Then years later I was asked to do a song for a movie soundtrack. They didn’t want the Foo Fighters, they just wanted me. But I didn’t feel comfortable just doing a solo thing. So I thought ‘Oh, I will do an instrumental track and have someone else sing’. So I contacted Bowie and I said ‘Hey, listen to this thing. Maybe you’d like to sing on it'”.

“Time went by and I didn’t hear anything. Finally I got an e-mail back and he said ‘David, I like the instrumental, but this time…’ It was like a Marvel movie kind of thing. So he’s like ‘This is not really my trip, not my genre of film and stuff. I’d love to work with you at some point. But I don’t think that this is the time’. So I’m sitting in my living room reading this like ‘Oh my god, David Bowie writes e-mails”.

“This is blowing my mind right now’. So I immediatly e-mailed back something very polite, I don’t want to take up more of his time. So I said ‘Thanks for responding. I hope you’re well. Take care’. Then one minute later he e-mails back an says ‘Well, that’s settled then. Now f*ck off.’ And I’m like ‘Oh my god. Holy crap. David Bowie just told me to f*ck off’. So I e-mailed back and I hadn’t seen him (for a long time) and I said ‘Well, I guess I’ll see you in another 15 years’ and he goes ‘Not if I see you first'”.

“I didn’t know (he was being funny). I was like ‘David Bowie thinks I’m and asshole! So we went back and forth until I realized ‘Oh, he is just being funny!’. He was an incredible guy, we wound up having these really funny e-mail exchanges just out of the blue. Like he would e-mail me like in June and say ‘Well, happy new year’ and I’d be like ‘What?’ So then we’d go back and forth and I’d say ‘Drink someday, yes?’ and he would say ‘ I will, thanks!’ Dave Grohl said.