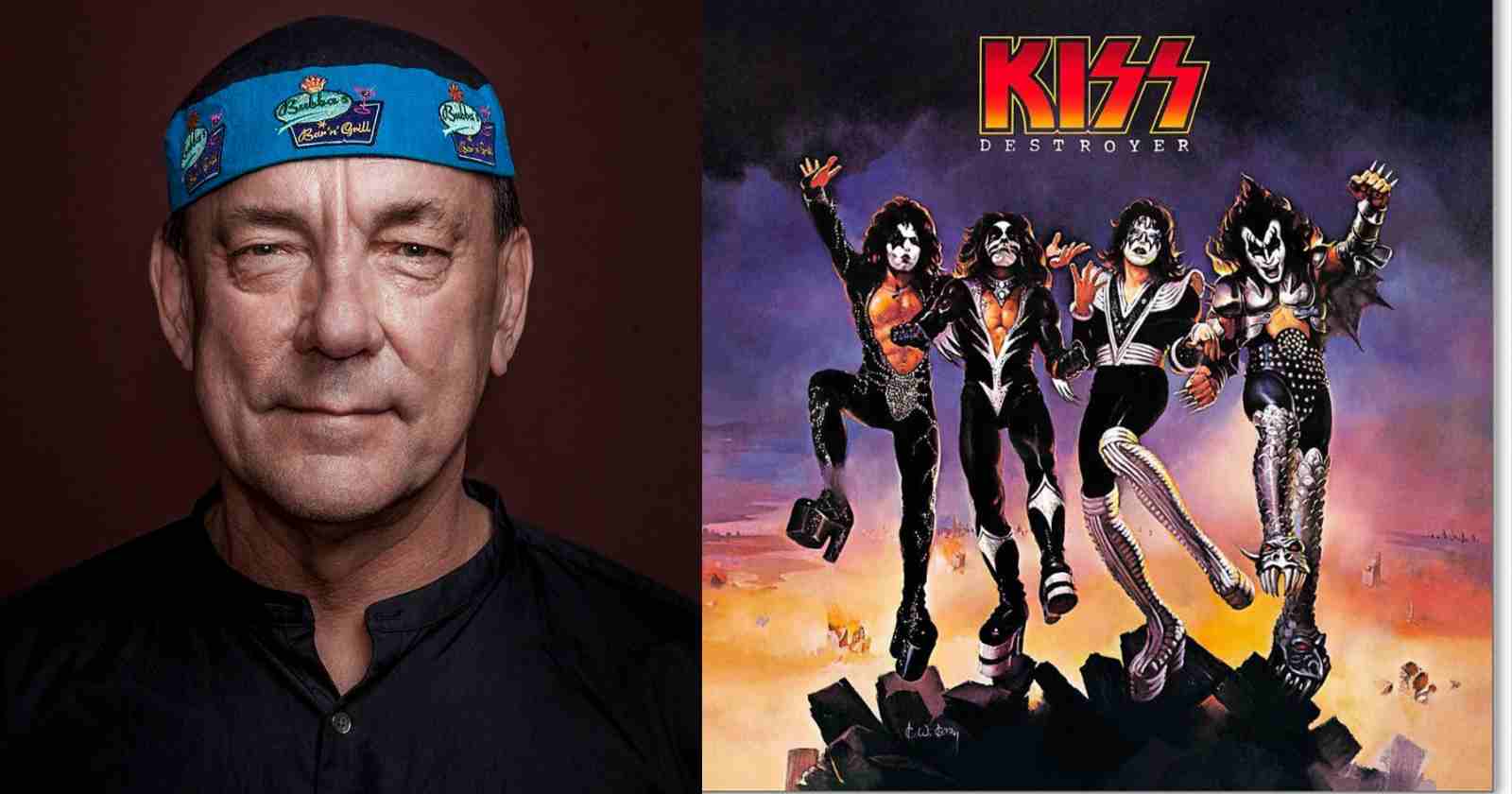 Before becoming a headliner the legendary Canadian band Rush was the opening act of many famous Rock and Roll groups especially in the United States during the 70s and one of them was Kiss. In an interview with CBC’s George Stroumboulopoulos (Transcribed by Rock and Roll Garage) back in 2011, Neil Peart, the late influential drummer of the group musician talked about how was the experience of touring with the group and gave his opinion on the band members mindset.

“Kiss always were a perfectly focused corporation and in those days I saw Gene Simmons, his notebook of all the costumes for Kiss from their high school days. Him and Paul knew exactly what they were doing and how they were gonna do it. For the soft hearted ones like Ace and Peter, you know, they couldn’t play that role with that same cynicism and they became damage by it in a tragic way. Because they were such lovable people and that’s what you often see, the drummer equivalent.”

“If you think of the tragedies along the way and I read biographies of Dennis Wilson or Keith Moon, for example. It’s just so sad because they were so loved as people, not just as drummers but as people and felt unworthy of that love. You see that fatal flaw in them. That in the public eye and in the portrayal of a celebrities role it has an even more confusing effect. So those are the kind of things that we saw early on,” Neil Peart said.

What Geddy Lee and Alex Lifeson said about Kiss

Also in an interview with George Stroumboulopoulos, but in 2010 (Transcribed by Rock and Roll Garage), Rush singer/bassist Geddy Lee and guitarist Alex Lifeson talked about the experience of being on the road with Kiss.

Lifeson said that the American group was terrific and great to work with from the start: “We toured with them on their first headlining tour in 1975. They were terrific, they were great to work with. We became very close on that tour.”

“We hung out a lot together. It was like one big family. We had a very small crew, obviously. It was an early time for us. We’ve got to see how hard they worked. I know Geddy said quite often that there’s not harder working band than Kiss. They really showed, we learned a lot from those guys.”

In the same interview Geddy Lee recalled that the trio thought that they would never would have the chance to tour again in so many cities like they were with Kiss: “They were struggling too. It was their first headline tour. But it were small gigs, we were playing a lot of theatres. For us it was a dream because we were working regularly, which was awesome and travelling all around America probably for the first time and in our minds we were like ‘well we may never get back to half of these cities.”

“So we would keep  the hotel keys and the things from the Holiday Inn, you know. So we’ve learned a lot about how hard you need to work to put on a show. That’s one thing they had as Alex said, such a great work ethic. Regardless of what you think of them musically you have to respect them in therms of their work ethic,” Geddy Lee said.