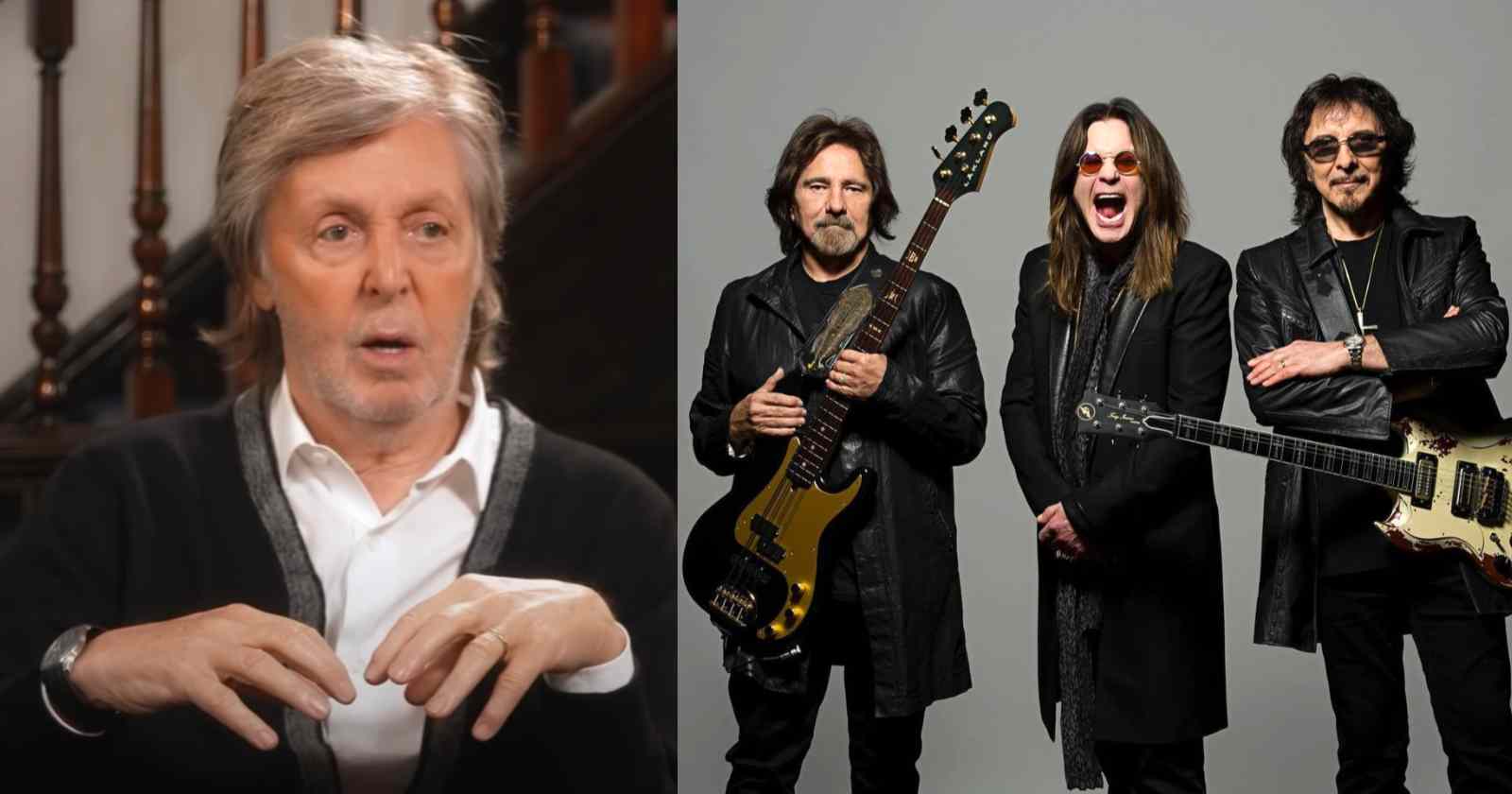 Images from Waterstones and Ross Halfin

The Beatles and Black Sabbath were two very different bands in many aspects that made history in Rock and Roll music. After creating Heavy Metal, Sabbath was overlooked by many musicians that were on the scene before them but many others talked about the group over the decades and Beatles bassist and singer Paul McCartney was one of the artists that talked about Sabbath.

In an interview for the 2011 documentary “God Bless Ozzy Osbourne” (Transcribed by Rock and Roll Garage) Paul talked about Black Sabbath and how they were unique when they first appeared, saying: “I mean, listening to it now it doesn’t sound that crazy but then it was quite sort of off the wall. In life we know about the dark side and the light side, the good side and the bad side.”

“I think that’s probably the attraction is that it hadn’t been done until Black Sabbath started dealing with it. And people go ‘Oh yeah this is great, well cool’. It’s like tha attraction of Dracula or vampires. It’s a rich source for exploration, I think”.

It is said that the first Heavy Metal song was “Helter Skelter” by The Beatles, due to its heaviness for the time it was released. However, Ozzy doesn’t agree with that as he explained in an interview with GQ magazine in 2020: ” “Nah. It’s not heavy. It’s just a fast song about a helter-skelter. Maybe you could say “You Really Got Me” by The Kinks or a song by The Who. But I don’t even consider myself as heavy metal. I did a few heavy things but I’ve done melodic things too, ballady things.”

Ozzy is a Beatles fan and recorded “In My Life”

Ozzy Osbourne always shared his love by The Beatles when talking about influences, he even covered the Beatles hit “In My Life” and the famous John Lennon solo career song “Woman” on his 2005 album “Undercover”. When asked by Rolling Stone magazine to list the 20 best singers of all time back in 2008, Ozzy put Paul McCartney on the second position and John Lennon on the first.

In an interview with Forbes back in 2020, Ozzy talked about his love for Lennon and the ‘Imagine’ album, saying: “I must have played this album thousands of times over the years. The songs (‘Imagine,’ ‘Jealous Guy,’ ‘Gimme Some Truth’) are just timeless, which is the sign of what a great songwriter John Lennon was. Lennon was a poet, a rebel and had an incredible passion, all of which are so evident on this landmark album. I cannot believe that we will be celebrating its 50th anniversary next year.”

In an interview with Express UK in 2020, Black Sabbath bassist and main lyricist Geezer Butler explained his love for the Beatles and John Lennon saying: “I loved The Beatles, still do. They changed the world. Lennon’s lyrics were so different to anything that had come before. Unlike previous bands and singers in Britain, they didn’t try to sound American. Their sound was totally British. Theirs was the first music I could truly relate to.”