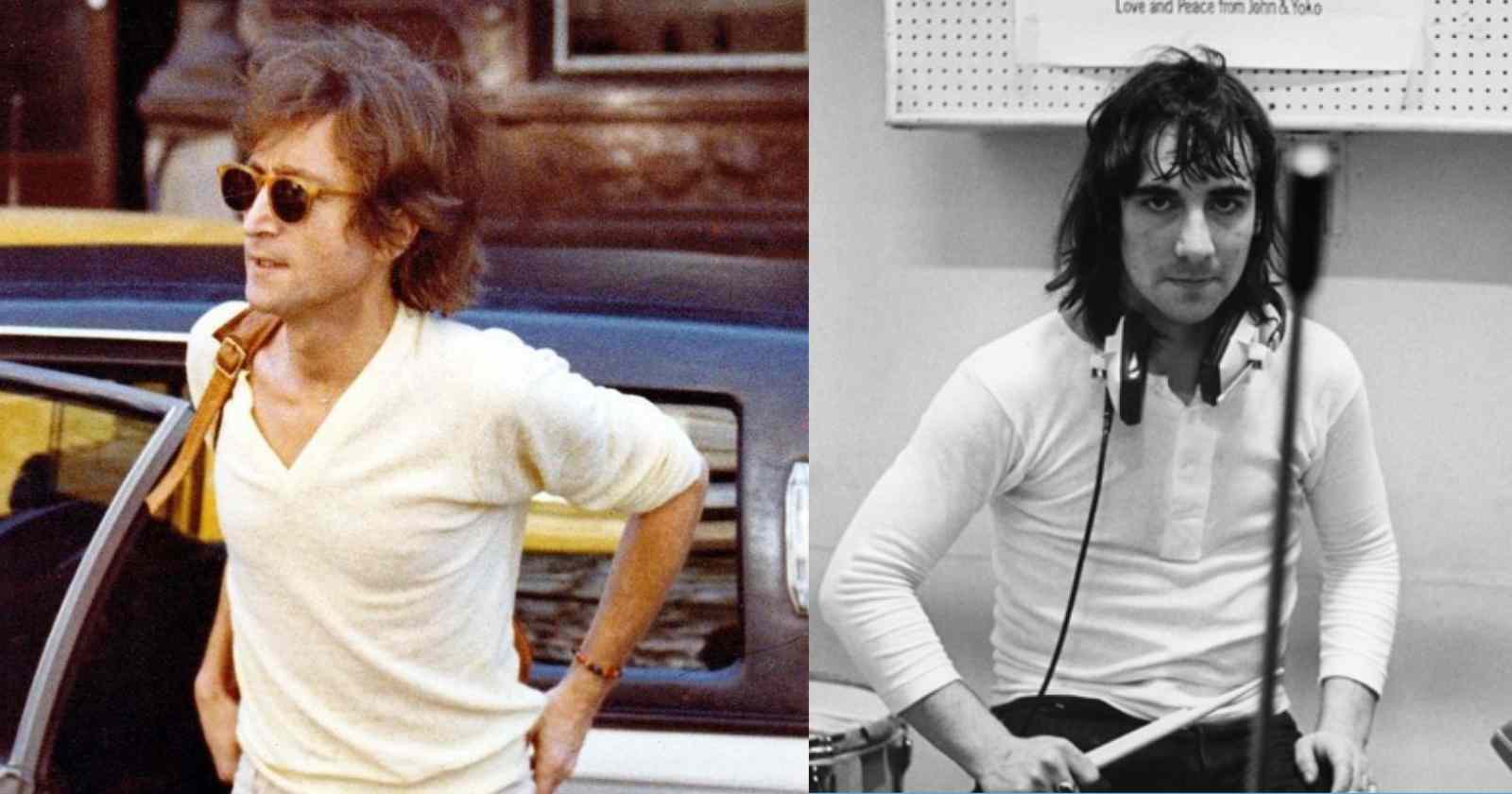 John Lennon and Keith Moon saw each other sometimes back in the 70’s, especially when the known “Lost Weekend” when Lennon had his 18-month relationship with May Pang, in reference to the film and novel of the same title.

Lennon’s main drinking partners were Harry Nilson and Keith Moon. In an interview with Playboy magazine back in 1980 he talked about Keith Moon’s death and recalled that the group was heading to a dangerous path.

What John Lennon said about the death of Keith Moon:

“I was just trying to hide what I felt in the bottle. I was just insane. It was the lost weekend that lasted 18 months. I’ve never drunk so much in my life. I tried to drown myself in the bottle and I was with the heaviest drinkers in the business.”

“Such as Harry Nilsson, Bobby Keyes, Keith Moon. We couldn’t pull ourselves out. We were trying to kill ourselves. I think Harry might still be trying, poor bugger… God bless you, Harry, wherever you are… but, Jesus, you know, I had to get away from that, because somebody was going to die. Well, Keith did. It was like, who’s going to die first? Unfortunately, Keith was the one.”

“For me, it was because of being apart. I couldn’t stand it. They had their own reasons, and it was, Let’s all drown ourselves together. From where I was sitting, it looked like that. Let’s kill ourselves but do it like Errol Flynn, you know, the macho, male way. It’s embarrassing for me to think about that period, because I made a big fool of myself… but maybe it was a good lesson for me. I wrote ‘Nobody Loves You When You’re Down and Out’ during that time.”

“That’s how I felt. It exactly expresses the whole period. For some reason, I always imagined Sinatra singing that one. I don’t know why. It’s kind of a Sinatraesque song, really. He would do a perfect job with it. Are you listening, Frank? You need a song that isn’t a piece of nothing. Here’s the one for you, the horn arrangement and everything’s made for you. But don’t ask me to produce it.”