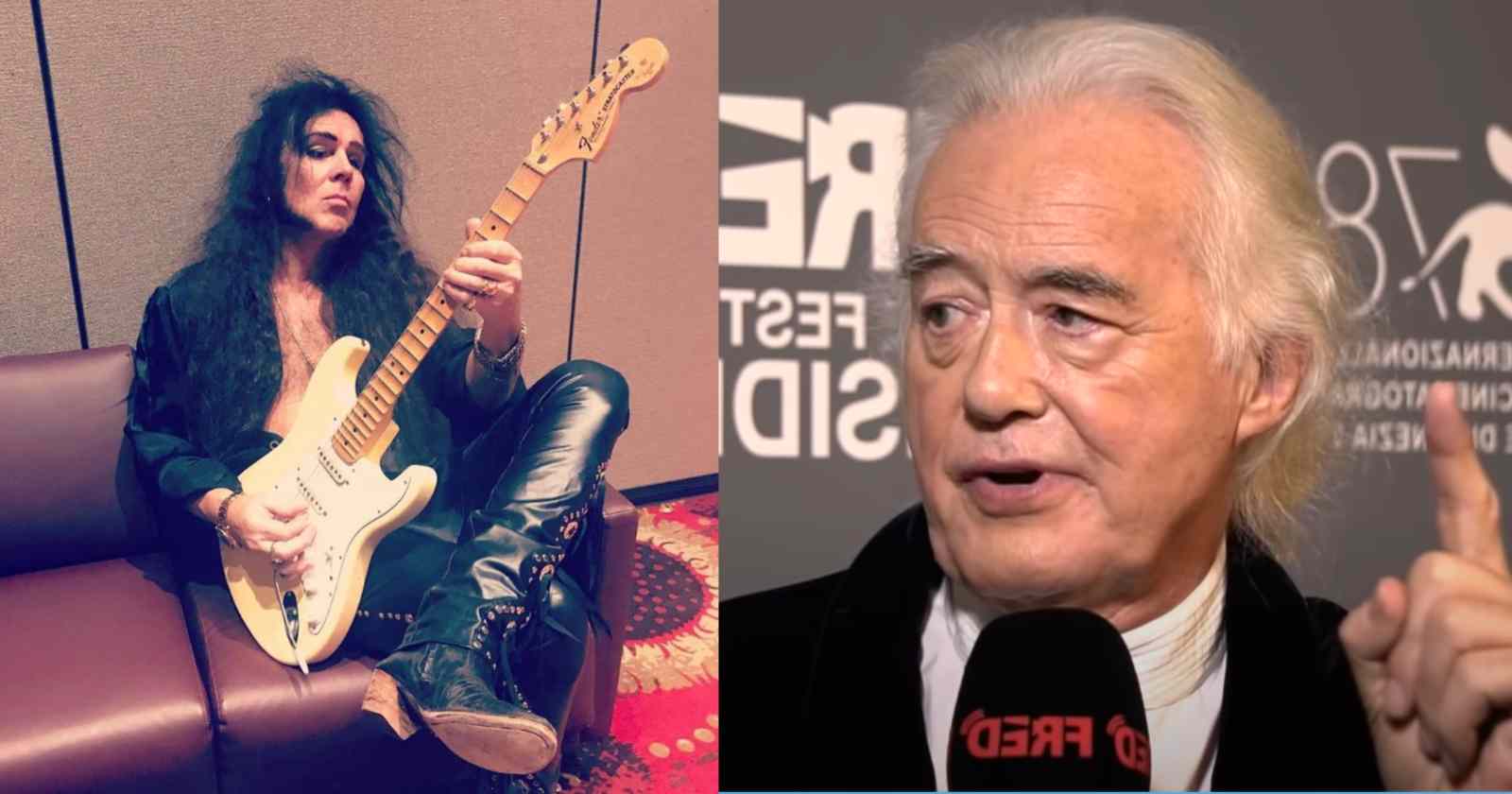 The Swedish virtuoso guitarist Yngwie Malmsteen achieved success in the 80’s playing in Hard Rock groups Steeler and Alcatrazz, later starting a successful solo career. Known for his incredible playing technique the musician gave his opinion on many musicians over the decades and one of them was the Led Zeppelin guitarist Jimmy Page.

In an interview with Music Radar back in 2019, Malmsteen listed 10 guitarists that impressed him the most and one of them was Jimmy Page: “Well, I did a tribute thing to Jimmy Page along with Al Di Meola years ago. I like him because he has a very broad view for a guitar player – understanding their songs as a whole.”
“I really like the experimenting they started doing later on. And a lot of those classic recordings were done with a Telecaster. I heard about that new Fender reissue; I have to get one… Which reminds me, there’s also a new Malmsteen 30th anniversary model coming out soon. It’s done – they’ve sent me four prototypes, which are sick! The main difference is it has a maple cap, a ‘68-style neck and different colours, so I’m really proud of that. And the fact it’s my 30th anniversary, too, of course… I’m still here!”

Malmsteen likes Jimmy Page but when asked in an interview with Guitar World back in 2014 which one he prefered, Page or Jimi Hendrix, the guitarist answered: “I love Jimmy Page but Hendrix is little dear to my heart, you know.” He also asked to chose Hendrix or Stevie Ray Vaughan and he said: “That would definitely be Hendrix, Steve Ray was great too, but if wasn’t for Jimi nobody would be sitting in this room.”

But when asked to chose between Led Zeppelin and Black Sabbath, the guitarist answered Deep Purple.

The guitarist played in 2021 during a Questions and Answers sessions on his social networks the replica of Jimmy Page‘s Dragon Telecaster model, after being asked by a fan if he owned a Telecaster guitar. The musician is famous for using the Stratocaster model.

To celebrate Led Zeppelin’s 50th birthday, Fender decided to release a line of guitars back in 2019 inspired by the iconic designs used by Jimmy Page.