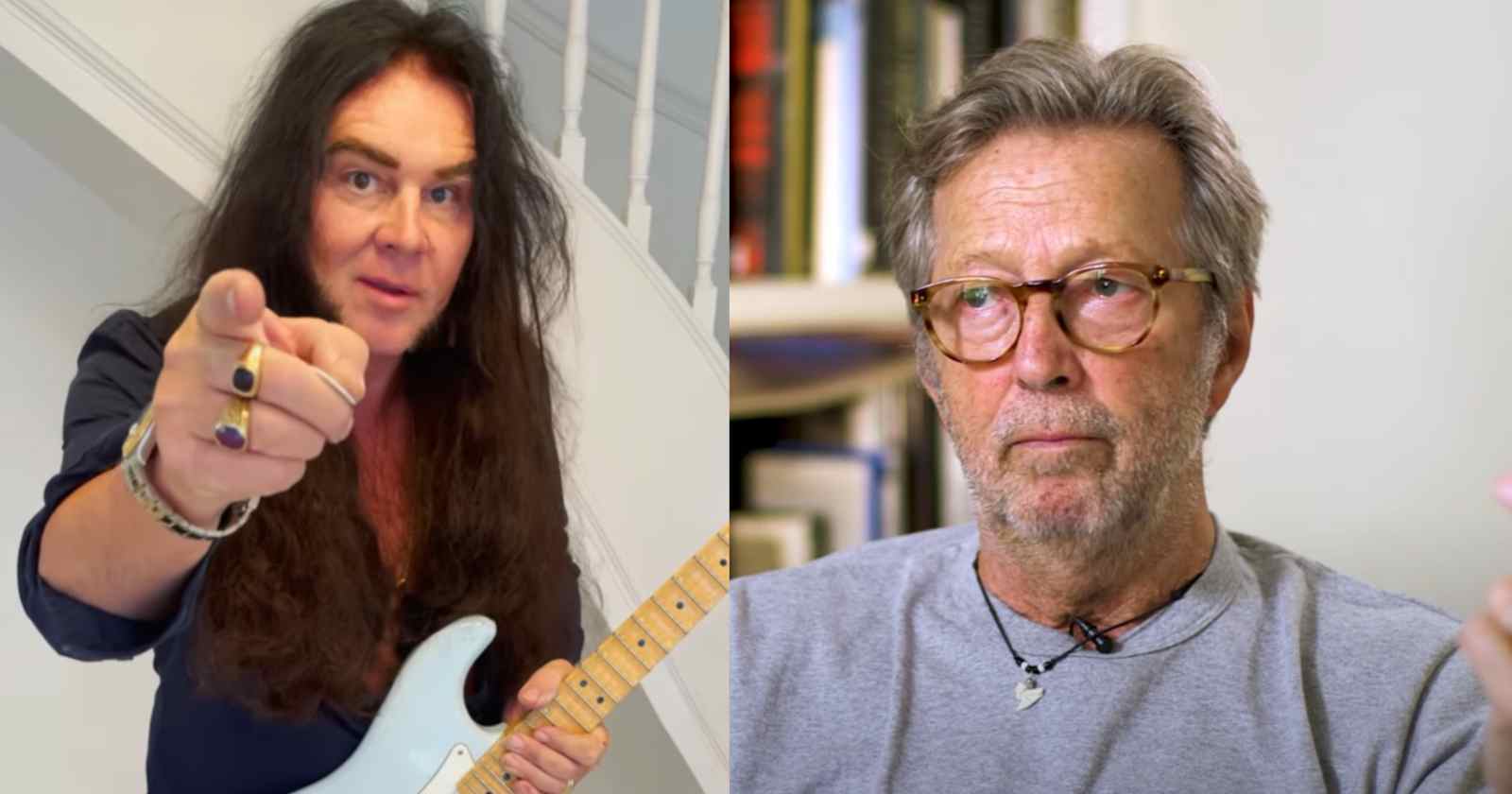 The virtuoso guitarist Yngwie Malmsteen is known for his incredible playing technique and successful solo career after playing with Steeler and Alcatrazz. The Swedish musician gave his opinion on many guitarists over the years and one of them was Eric Clapton.

What is the Yngwie Malmsteen opinion on Eric Clapton

Yngwie Malmsteen said many times that he loves Eric Clapton and he talked in an interview with Music Radar back in 2019 about the musician saying: “I think maybe the first kind of blues I ever heard was John Mayall And The Bluesbreakers (Clapton played on this album). I didn’t really even know who it was playing, but it kinda registered this was how you do the blues. And then Cream were really good… you could say it was the heavy metal for its time, for sure!”

“I don’t have any favourite Clapton solos as such, but there are certain songs like ‘Stepping Out’ that I love. I’ve never met Eric Clapton, which is too bad because we’re both Strat and Ferrari men… he knows the deal, haha!”

Why he played a Clapton song on his covers album

Yngwie Malmsteen covered Clapton’s classic song “Forever Man” from the 1985 album “Behind The Sun”, on his 2019 covers album “Blue Lightning”. In an interview with Guitar World in 2019, he explained why he chose this particular Clapton song to record: “Well, the thing is, back in the ’80s you would hear it on the radio all the time. And I always thought it was a great song. That’s one of the first ones that came to my mind when this album came about. I said, ‘I’m gonna do that one.'”

In the same interview he revealed that the first Blues album he ever heard and loved was the “John Mayall & The Bluesbreakers” album with Eric Clapton, “I thought that was really, really cool. That was before I knew what anything was. I got my first guitar when I was five years old, and I grew up in a family where everybody was trained classical musicians and opera singer”.

Malmsteen and Clapton were the first artists to be honored by Fender Musical Instruments with a signature Stratocaster in 1988.

Clapton is one of Malmsteen’s favorites alongside AC/DC, Led Zeppelin and ZZ Top

In an interview wtih EON Music in 2021, Yngwie Malmsteen once again stated his love for Eric Clapton when listing some of the bands releated to Blues music that are his favorites: “I think that Deep Purple is blues, and I think Led Zeppelin is blues, not to mention ZZ Top and AC/DC; I fuckin’ love these bands.”

“Eric Clapton, of course, B.B. King; listen, I love that stuff! So the reason I got away from it when I was a little kid was because I wanted to climb Mount Everest, but I felt like I was just climbing some big hill and back; I didn’t feel any challenge in it, so that’s why I got into baroque.”

Yngwie Malmsteen was born in Stockholm, Sweden in 1963 and at the age of 10 he formed Track On Earth, his first band that only had him and a friend from school playing the drums. He released 22 studio albums in a career spanning over 40 years.

His first solo album “Rising Force”, released in 1984 won the Guitar Player’s award for Best Rock Album. Also was nominated for a Grammy Award for “Best Rock Instrumental”, reaching no. 60 on the Billboard album chart.