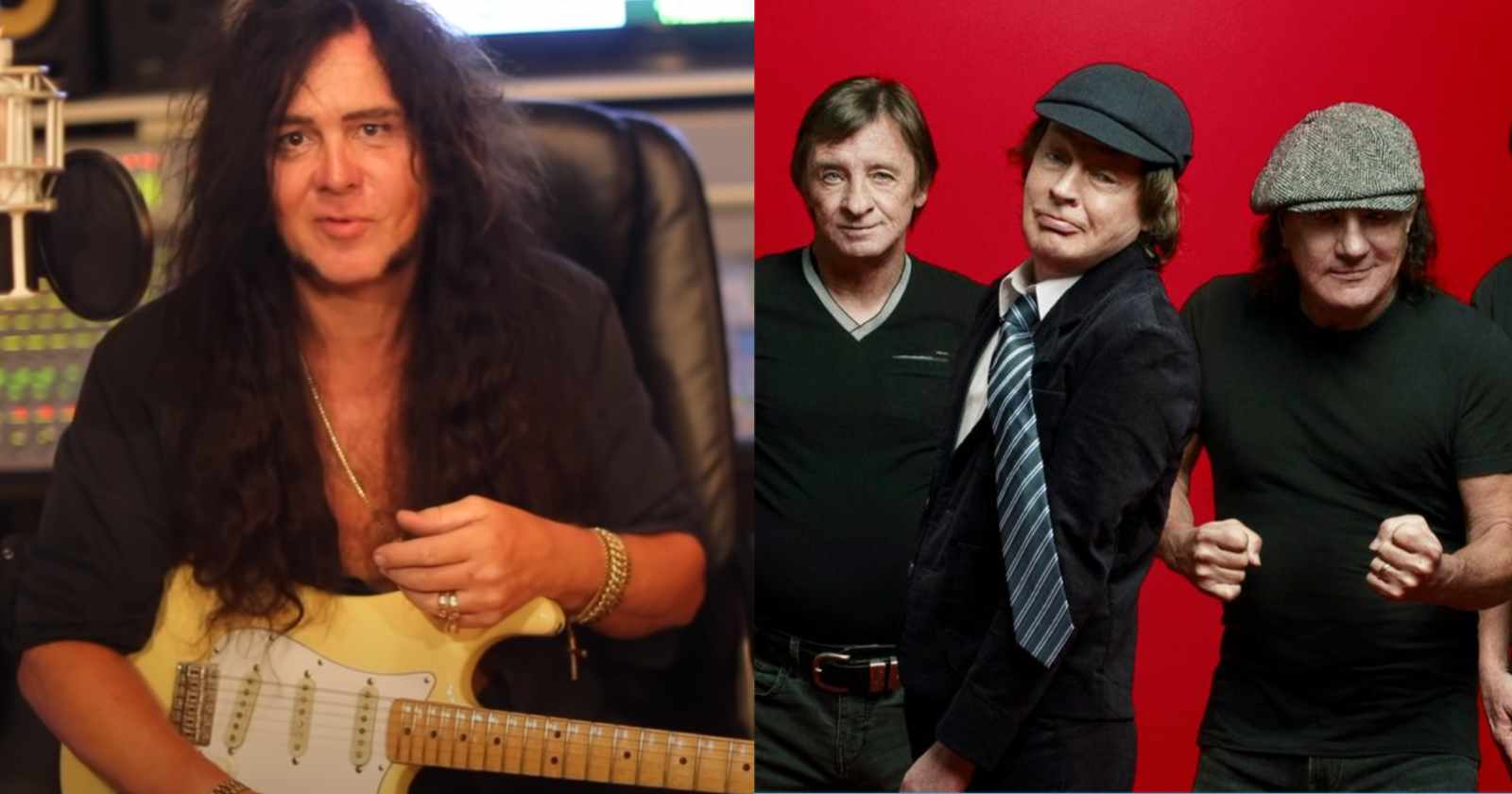 The virtuoso Swedish guitarist Yngwie Malmsteen rose to success back in the 80’s playing in the Hard Rock bands Steeler and Alcatrazz, later starting a successful solo career. Known for his incredible playing technique the musician gave his opinion on many bands over the decades and one of them were AC/DC.

In an interview with Music Radar back in 2019, Malmsteen listed 10 guitarists that impressed him the most and one of them was AC/DC’s Angus Young: “Angus is a very underrated player. He’s super-tasty and always good! It’s still blues, though, even when he does his big solo. Classical isn’t just little triplets here and there; it’s your entire mind being released from the pentatonic box – a linear kind of playing. And no-one really does that…”

In an interview with Classic Rock back in 2019 he once again praised Angus Young , saying: “I’d like to point out that I admire Buddy Guy, I admire BB King. A lot of blues players, I love them. AC/DC’s Angus Young is a blues player, and he’s a fucking good one, because he really means everything he does. ZZ Top’s Billy Gibbons – come on! I love these guys! I really love them, I just have to say that’s not where I’m going.”

Also in 2019, in an interview with Metal Talk, Malmsteen once again said he liked Angus, saying: “I like guitar players you probably wouldn’t think, like Angus Young and Brian May. They’re all great. I think there’s a lot of great guitar players out there.”

Back in the mid 80’s Yngwie Malmsteen was AC/DC’s opening act at the age of 22 in their “Fly On The Wall” United States tour. At the time he had released two studio albums “Rising Force” (1984) and “Marching Out” (1985). In 1985 he was nominated to the Grammy Awards for “Best Rock Instrumental Performance for the Rising Force album. However he lost the award to Jeff Beck’s performance on his album “Escape”. The other nominated artists to the category were Stevie Ray Vaughan, Big Guitars from Texas, Jon Butcher Axis and Northern Star.