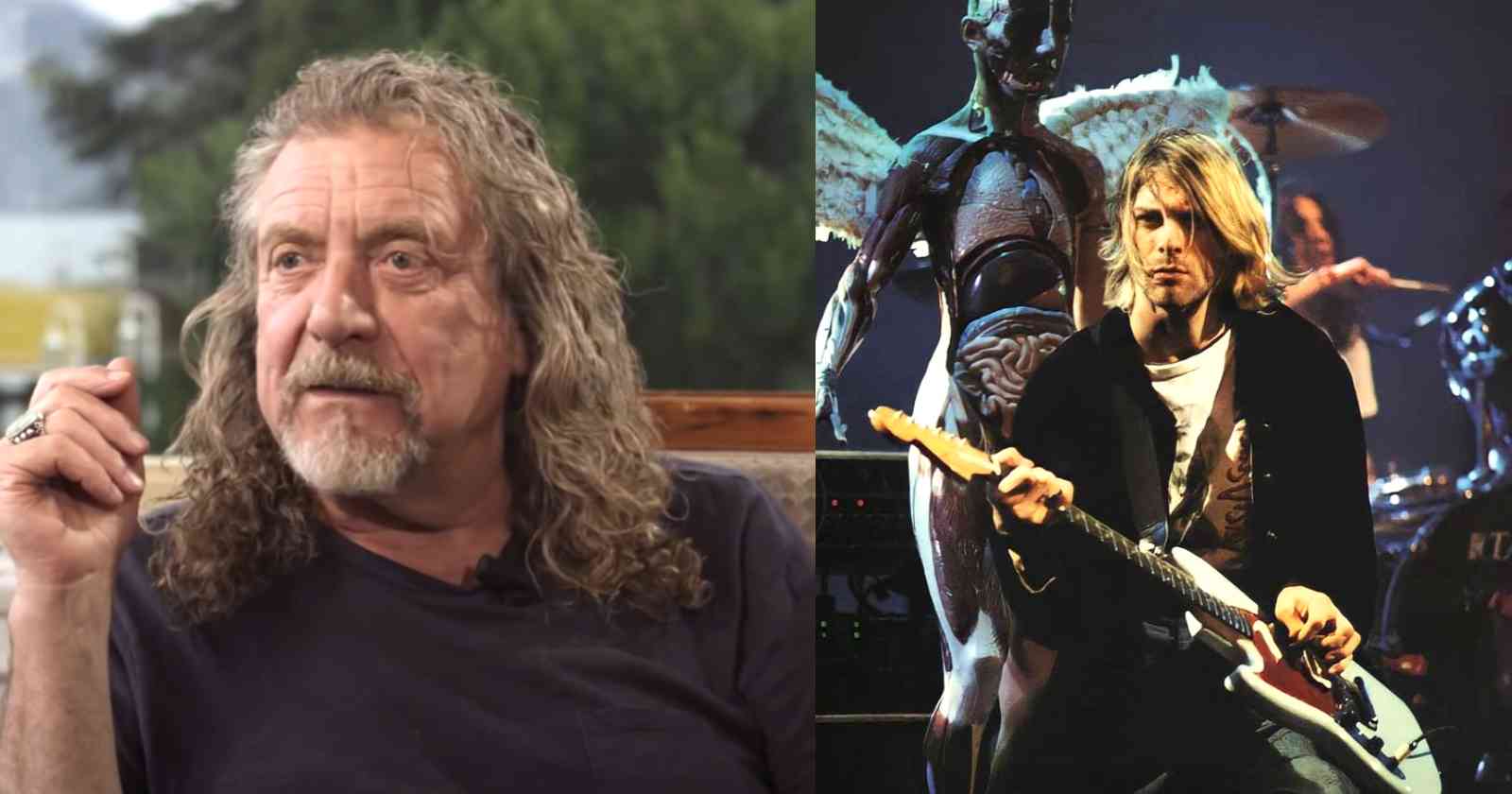 Led by bands that appeared in Seattle in the late 80s and achieved fame in the early 90s, Grunge was a new Rock and Roll subgenre that is considered as the one that “killed” Heavy Metal music at that time, because it became the most successful genre on the mainstream media. At the time, Led Zeppelin singer Robert Plant didn’t sang Hard Rock anymore and was experimenting with other genres in his solo career.

Over the years Plant talked about Grunge and bands like Nirvana and Pearl Jam. He even noted the resemblance between a Zeppelin song with Pearl Jam’s “Given To Fly.

What is Robert Plant’s opinion on Grunge Rock

Robert Plant gave his opinion on Grunge in an interview for TV documentary “History Of Rock N’ Roll” (Transcribed by Rock and Roll Garage) in 1995, saying: “Punk came (out) in England, that was the last time that anything really important happened in England. Or came from England to affect anybody. You know what happened, is that Punk said ‘We are fed up of Pink Floyd, Jethro Tull, Led Zeppelin’. And said ‘let’s have music from the street’. What happened in America in 1991 is that you finally got your own Punk”.

Funny enough the solo album that Plant released in 1990 was called “Manic Nirvana”. But of course, the album’s name had nothing to do with the band Nirvana.

What Robert Plant said about Nirvana

Back in 1998, the Alternative American magazine Ray Gun promoted a conversation between Dave Grohl, Jimmy Page and Robert Plant. Grohl asked if the Led Zeppelin members liked Nirvana. Plant replied, saying: “Well, to me it seemed to make far more sense than a lot of the alternative stuff, the 99.9 percent of everything that was just hollow rebellion without any real commitment and without a conscience. I thought it was very strong. The only thing is, with everything that is new and that’s reactionary to such a degree, there’s an air of doom that surrounds it, through excess of one kind or another.”

“My heart bled for that because we’d been through that. We lost Bonzo (John Bonham). We lost loads of people around us. Everytime there’s something that’s really prolific and strong and full of intention, you get so wrapped up in it that you start to self-destruct.”

The Foo Fighters leader commented Plant’s answer saying that the Nirvana members could had never imagined that something like Kurt Cobain’s tragic death could happen and Plant said: “Yeah, but it was out of your hands. It happened to us. The stature and the whole condition of our success, there was no charted passage then. Up until then, rock ‘n’ roll as entertainment had only gotten to a certain threshold, beyond which nobody knew. As it expanded for us, we were frightened to death. We didn’t know what was going on at all.”

Back in 2015, during a conversation with Pearl Jam guitarist Mike McCready SiriusXM’s, Robert Plant joked about the resemblance of Pearl Jam’s “Given To Fly” with Led Zeppelin’s “Going To California”. When asked during a Q&A session about originality, the musician answered: “Absolutely crucial. Being an entertainer, outside of skill, craft, experience and whatever else it is you grow into, repetition is a hell of an evil bedfellow. To repeat yourself as regularly as we do as entertainers — you know this. I mean, how many times have you played ‘Going to California’? Oh sorry. Whatever your song is called.”

McCready laugh and then recalled the night Plant went to see Pearl Jam playing in Sweden and the band’s vocalist Eddie Vedder introduced “Given To Fly” in the concert as “Given To California”. “When you came to see us in Sweden, we did the song. He (Vedder) said, he dedicated it to you I think, and acknowledged you, and said ‘Given to California.”

Plant replied, saying: “It’s a good job he had some dancing girls backstage afterwards to take the heat out of the moment. We’re all mature. So we all know that’s okay. I didn’t get a check in the post, nothing like that.”