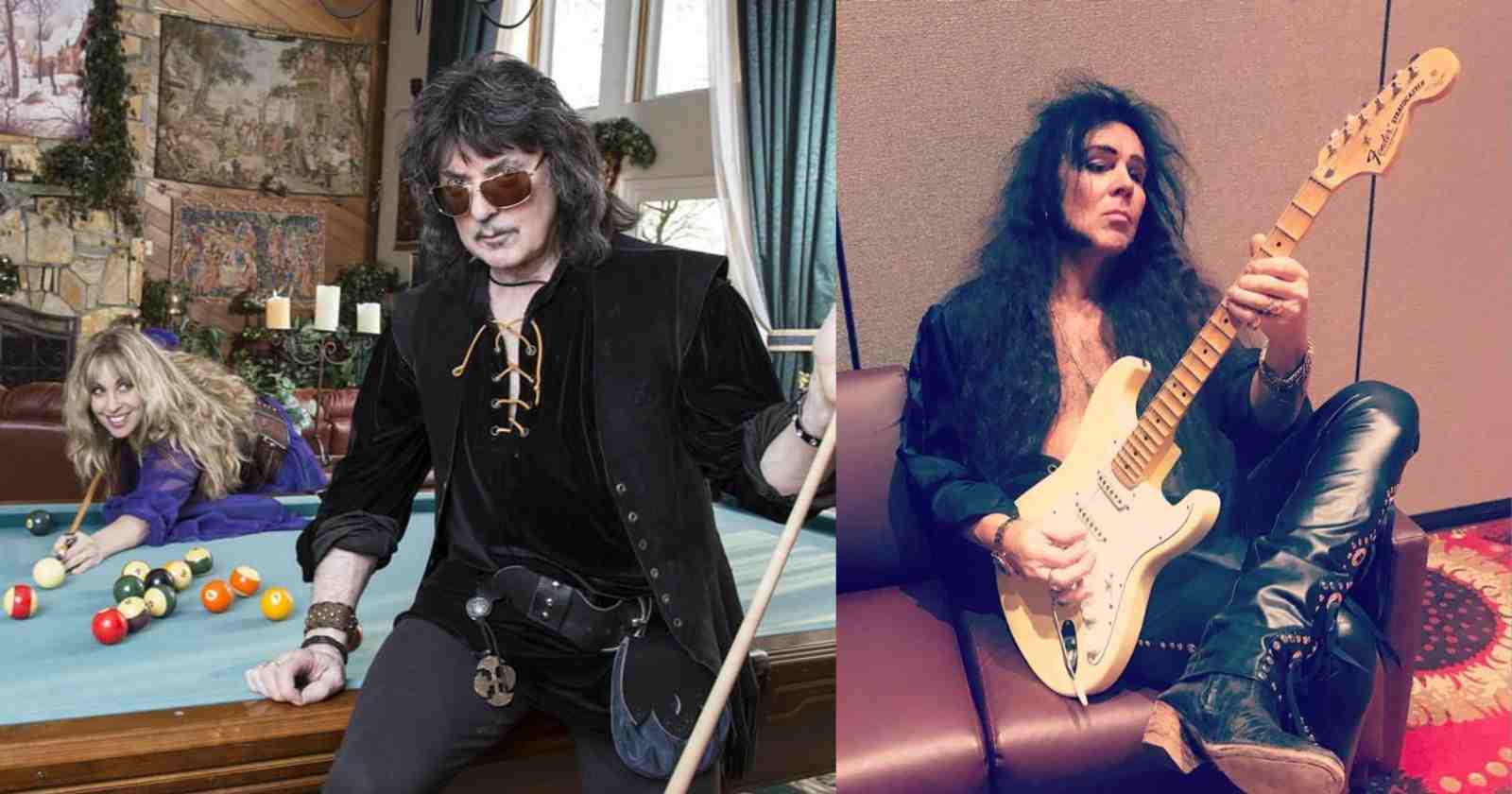 The Swedish guitarist Yngwie Malmsteen became known back in the 80’s for bringing a neoclassical playing style in Heavy Metal and one of his biggest influences was guitarist Ritchie Blackmore, who in many interviews over the decades gave his opinion on Malmsteen.

Before going solo, Malmsteen was the guitarist of the American band Steeler, playing on the 1983 album of the same name later joining Graham Bonnet‘s band Alcatrazz in the same year, playing only on the album “No Parole From Rock N’ Roll”.

What is Ritchie Blackmore’s opinion on guitarist Yngwie Malmsteen:

In an interview with Guitar World back in 1991, Blackmore gave his opinion with his typical sense of humor and not hiding any criticisms: “He’s always been very nice to me, and I always get on very well with him. I don’t understand him, though—his playing, what he wears. His movements are also a bit creepy.”

“Normally you say, ‘Well, the guy’s just an idiot.’ But, when you hear him play you think, ‘This guy’s no idiot. He knows what he’s doing.’ He’s got to calm down. He’s not Paganini—though he thinks he is. When Yngwie can break all of his strings but one, and play the same piece on one string, then I’ll be impressed. In three or four years, we’ll probably hear some good stuff from him.”

27 years later, in an interview with Guitar World made in 2018 he also talked about Malmsteen, praising once again the guitarist and saying he is like a family member. “I know him and he’s a very nice guy. Excellent guitar player. A lot of people have kind of questioned his angle, but he obviously knows his stuff. He might be a bit too tall, but that’s my only criticism.”

“I did meet his mother in Sweden, a very nice woman who reminded me of my mother back in England. So Yngwie and I get on fine. He’s like a family member. I definitely think he’s probably the best at what he does and—for what it’s worth—the fastest. And he doesn’t play the typical blues, minor kind of interpretations. He knows his scales. It’s more interesting.”

When asked in an interview with Music Radar back in 2019 to list the 10 guitarists that impressed him the most, Malmsteen first mentioned Ritchie Blackmore, recalling he was the first guitar player he ever knew. “When I was eight years old, the only guitar player I knew was Ritchie Blackmore. I thought he was extremely good and I still think he’s good. I disagree with the idea he was the first to bring classical ideas to guitar; that’s a large misconception.”

“He’s a blues guitar player, Made In Japan is a blues album – let’s not be confused about this. It’s all pentatonic blues, extremely good pentatonic blues, to be fair. In Rock is a fuckin’ incredible… his playing was really good on that!”