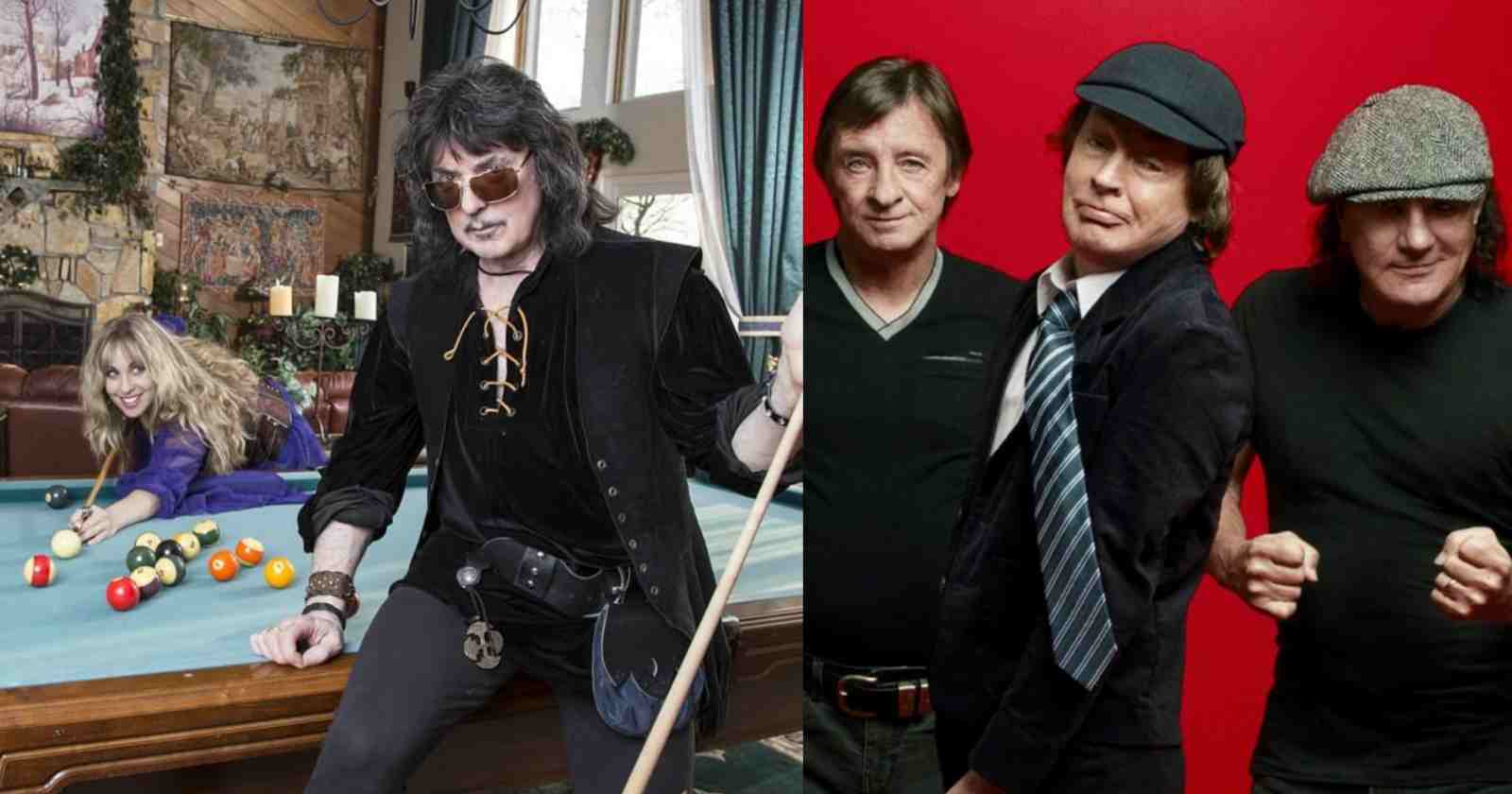 The Australian Hard Rock band AC/DC is an important part of the genre and one of the best-selling groups in the history of Rock and Roll that influenced countless bands over the decades. The legendary guitarist Ritchie Blackmore (Deep Purple, Rainbow) always said in interviews what he thinks about any musicians or bands and one of them were AC/DC.

What is Ritchie Blackmore’s opinion on AC/DC

In a conversation with Kerrang back in 1984, Ritchie Blackmore was why the Deep Purple comeback album with the classic line-up “Perfect Strangers” was a logical follow-through from the praised “Machine Head” record. To answer the question, the guitarist talked about AC/DC and gave his opinion on them, saying: “Yeah. You see, I’ve always admired AC/DC. I don’t like them particularly as a band. But they’ve stuck steadfastly to their own brand of straight-forward music through thick and thin.”

‘To my mind, when they first started out, AC/DC sounded incredibly dated. But then, suddenly, the rock’n’roll world turned full circle and the band took off. And that was just great, they kept hanging on to their principles until the right time came along.

“In a way you can draw a parallel between Purple and AC/DC. We’re just going to go out and do what we’re best known for, (that is) playing sophisticated rock – not Heavy Metal”.

In an interview with Fuzz’s Paul Guy back in 1998, Blackmore was asked about playing on The Shadows tribute record and he revealed that he usually said no to projects like that, saying again that he didn’t like AC/DC: “I don’t like to do – a lot of these tribute things come along, but I usually turn them down, cause you can get carried away with that nonsense. ‘A Tribute to AC/DC’ – it’s like, ‘”Wait a minute… I really don’t like that band!’ I think one or two is enough (Tribute projects).”

AC/DC opened for Rainbow back in the 70s

AC/DC was Rainbow’s opening act back in the 70s when Ronnie James Dio was still in the band and in an interview available on Deep Purple’s official channel (Transcribed by Rock and Roll Garage), the American singer recalled the experience of seeing the late vocalist Bon Scott on stage and touring with AC/DC.

“Bon was one of the badass people I’ve ever known in my life. He was not only badass, he was a great guy. He toured with us when I was in Rainbow, they were our opening act, AC/DC. Cozy (Powell) and I we were knocked out every night. We couldn’t wait to get ready so we could do our show after they were on. So we would be prepared so we could see their whole show. They were just unbelievable. Angus Young is the hardest-working man in show business without a doubt.

Ex-Rainbow bassist Bob Daisley said in an interview with Shockwaves Skullsessions (Transcribed by Ultimate Guitar) back in 2021 that Blackmore maybe felt threatened by AC/DC’s performances when the group opened for Rainbow because he didn’t said much about them when the rest of his bandmates were impressed with the Australian band.

“They were treated OK, Ritchie didn’t really comment much, he sort of kept it to himself, which if he’d been really impressed, he probably would have said something, but he didn’t say much.

“Maybe he felt a little threatened or something. I don’t know because they used to always go down well. It was only a few shows that they did with us where they opened up for us,” Bob Daisley said.