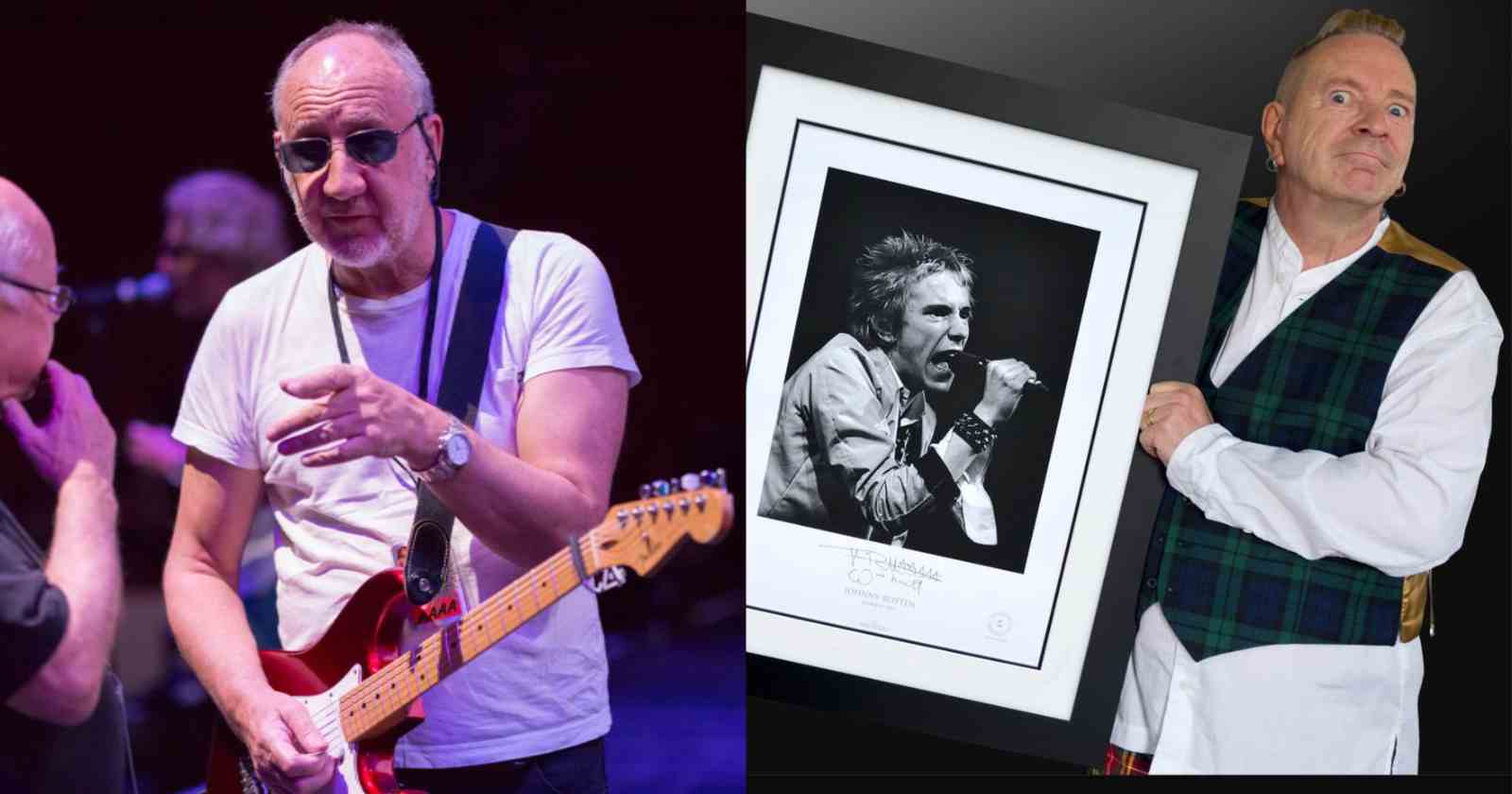 Since The Who was formed in 1964, guitarist Pete Townshend became an ifluence to musicians and songwriters all over the world. In more than 50 years on the road and studio, Townshend witnessed all the changes in the music business and one of them was the Punk Rock movement during the 70s.

Over the decades the musician gave his opinion on the music genre that became famous for bands like The Ramones, Sex Pistols, The Clash, The Damned and more.

What is Pete Townshend’s opinion on Punk Rock music:

In the 2007 The Who documentary “Amazing Journey” (Transcribed by Rock and Roll Garage), Pete Townshend recalls that he first welcomed the Punk Rock movement but then realized that the fans of the genre and the bands saw him as an enemy: “What was actually happening at the time was the need for another tide wave. I suppose everybody wanted one band to do it and the Sex Pistols were obviously the most significant. I kind of welcomed and challenged it and wanted to happen it. Then I realized that the person they wanted to shoot was me.”

“So I was like ‘yeah, come on let’s get them, let’s show them’. Then they were all kinda looking at me and saying ‘No, you don’t understand. You are the one we gonna kill’ (laughs). It was a very, very exciting (time), challenging and there was a hell out of pain out there for Pete”.

Townshend even wrote a song called “The Punk and The Godfather”, released on The Who’s classic album “Quadrophenia” (1973).

In an 1979 interview (Transcribed by Rock and Roll Garage), Pete Townshend recalled how he was influenced by The Rolling Stones and the way that Punk Rock also was inspired by Mick Jagger and Keith Richards: “The Stones really affected me very, very deeply, their wildness on the stage, the fact that they didn’t wear uniforms. This kinda of thing was very just outrageous, you know. Jagger’s stage performance and Keith Richards stage performance, which is just very, very wild and unkempt. They were the first, I think the closest to sort of a latter-day punk image. But I don’t know, you know, how many American kids really know what happened in London with the Punk bands.”

“I mean it was unbelievable. It was absolutely unbelievable.” The guitarist continued saying that the Punk Rock concerts in Britain were absolutely crazy: “What I’m saying really is to actually compare a band with any stage of their career to what the Punks were doing is impossible, really. Because the Punks were just a really total anarchy, the audience and the bands. Was a completely anarchistic, not destructive, just completely outrageously free and of course The Who’s music was never like that.”

“We used to break up a few instruments and now and again. We used to play, I mean, particularly Keith’s (Moon) was very loose and loud. My style was very heavy. But there were a lot of bands playing that kind of music at the times. The early Kinks were pretty raucous outfit. And the band that Eric (Clapton) used to play with, The Yardbirds, they were pretty outrageous outfit as well, sound wise.”

When asked by the interviewer if musically the Punk Rock movement had some validity, Pete Townshend said it had and his favorite album of the era was the Sex Pistols record “Never Mind The Bollocks” and talked about the tracks, saying: “I think ‘Pretty Vacant’, that track ‘we’re so pretty…we’re so pretty, vacant…’, I think is like a modern ‘My Generation’ (The Who song), really.”

“It’s not as obvious as ‘My Generation’ but it’s the same kind of thing. But the amazing thing was that the concerts were so hectic, so violent and the early, particularly in the first six months of the thing, when bands like The Clash, The Vibrators and Sex Pistols. I mean The Sex Pistols couldn’t actually play in public, was that bad, they had to play unannouced concerts.”

“Consequently there is very, very few people who ever saw them appear, but I saw several other bands. I used to go to clubs and stand and get insulted. Just stand there and just endure these snotty little kids saying ‘boring old fart!’ (laughs).”

Pete Townshend recorded with The Ramones

The legendary American Punk Rock band The Ramones covered The Who’s famous hit “Substitute” on the 1993 album “Acid Eaters”. In an interview with Rolling Stone back in 1994, the band’s vocalist Joey Ramone recalled how Pete Townshend appeared during the recording of the track and sang with the group.

“For ‘Substitute,’ Pete Townshend came down and sang background vocals, which was a real highlight for me, because I was always a big Who fan from the first time they came to America. Townshend had always been kind of an unseen mentor for me.”

“He was in town doing finetuning on [the stage play] Tommy, and when he heard we were doing the song, he came down, heard the track and got all excited. He did a great job, he was really into it. I was very nervous, because the day he came down was the day I was laying down my lead vocal for the song. I had never met him before.”