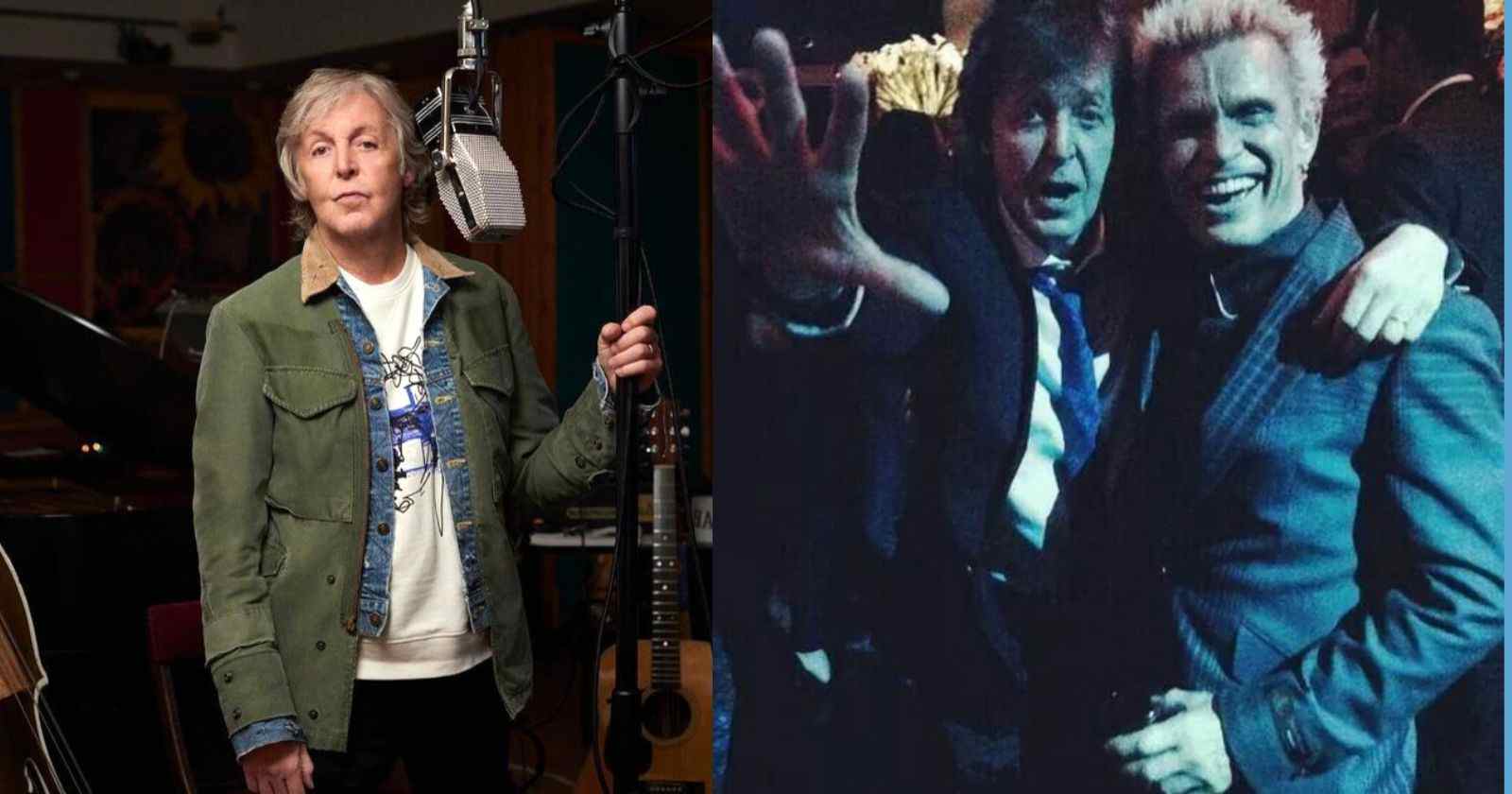 Punk Rock music changed the music by the end of the 70’s with The Ramones, The Clash, The Sex Pistols and many other bands appearing in the charts. In an interview with The Quietus back in 2008, Paul McCartney gave his opinion about the genre.

“At first it was shocking, because until then you’d known the status quo. It hoped to be shocking and in some ways it was. But the thing was thtat the music was great and suddenly realised, after a day or two of horror – [Adiots posh voice] ‘My God! What’s going on! What’s happening to our England?!’ – that these guys were just shaking it up and it needed shaking up.”

“My daughter was really into punk at the time. She went to Clash concerts and Damned concerts, Billy Idol and shit . . . she went to the whole thing. You couldn’t deny that it sounded fresh, but I was coached by my eldest daughter. I understood that it needed to happen. It was a great thing and something like ‘Pretty Vacant’ as a record, is really good. It was produced by Chris Thomas, who we knew – he was George Martin’s assistant and had worked on some Beatles stuff.”

“The sound of ‘Pretty Vacant’ is really good and, of course, the energy of the band is sensational. It’s not to be denied.” Paul also said that briefly he was worried about credit crunch: “For my own thing, I actually did phone my guy up and say, ‘How exposed are we?’ He said, ‘You’re as exposed as everyone. If the banks all go broke . . .’ But, generally speaking as far as the way we do business, there’s not a huge speculative exposure.”

In an interview back in 1977, the musician also gave his opinion on Punk:

“(The papers) They always go mad with anything. They go mad with Glitter. And they go mad with Bowie’s haircut and they go mad with Punk, you know. But it’s good, young music at last, that’s the thing I like about it. It’s the kids getting their own thing on instead of just copying the daddies. It’s very like the music that everyone used to play, it’s very like early Who and The Doors and stuff. Influences are all back there, but I think is good, I like it. I like the way they dress, ‘that’s funny, yeah’.

During the early 60’s when the Beatlemania was just starting out the band were being chased down by their rabid fans. When Paul McCartney and John Lennon checked into hotels they were forced to use fake names to avoid any unwanted attention. It was one of these names that brought about one of the first punk rock bands of all time, the Ramones.

Each of the Ramones’ members adopted the surname Ramone as a tribute to Paul.