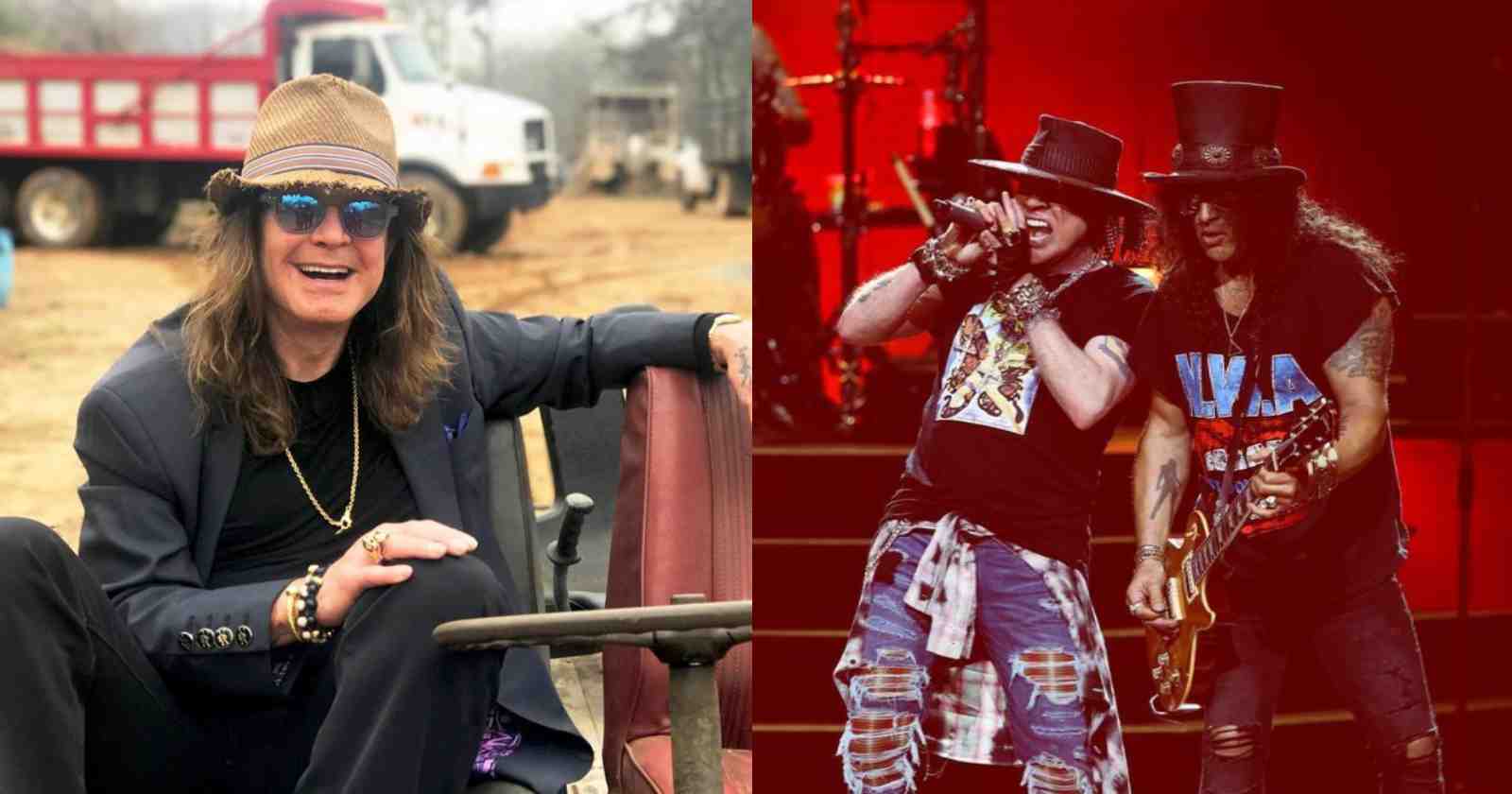 One of the most important musicians of heavy music, Ozzy Osbourne was the voice of many classic Black Sabbath albums and later on released influential solo albums like “Blizzard Of Ozz” (1980), “Diary Of a Madman” (1981), “Bark At The Moon” (1983) and “No More Tears” (1991). Active in the music business since the late 60s, the musician saw the Rock and Roll music evolution and watched many bands achieving fame.

Over the decades he talked about many of those groups and one of them was the important American Hard Rock band Guns N’ Roses that released their first album in the late 80s and carried the flag for the Hard Rock genre.

What is Ozzy Osbourne’s opinion on Guns N’ Roses

The legendary Ozzy Osbourne likes Guns N’ Roses and even listed in an interview with Rolling Stone in 2017 the band’s debut album “Appetite for Destruction” (1987) as one of his favorite Metal albums of all time, saying: “One of the greatest debut albums of all time. There’s not a weak song in the bunch. I never get tired of hearing it.”

Curiously both bands released two classic albums of their discography in the exact same day in the early 90s. Back in September 17, 1991, Ozzy released “No More Tears” and Guns N’ Roses made available “Use Your Illusion” I & II.

Back in 2010, Osbourne sang on Slash‘s self-titled solo album, also known as “R&FN’R”. The Prince Of Darkness helped the guitarist and producer Kevin Churko to write the track “Crucify The Dead”, in which he was the lead vocalist. Talking with VH1 Radio Networks‘ at the time of the album’s release, Ozzy revealed that the lyrics were about what he would say to Axl Rose if he were in Slash’s shoes.

In Ozzy’s opinion, the American band could had become the next Rolling Stones: “Slash sent me the music of it. I worked on the melody and some lyrics for him. What I did with the lyrics, I thought, what’s always gotten me about the Guns N’ Roses guys and I say to Slash all the time, ‘Do you realize what you guys did? You’ll never understand.”

“You guys could’ve been the next Rolling Stones. The next superband! And what I wrote in the song, ‘Crucify The Dead’, is if I were Slash, what I would send in a message to Axl,” Ozzy Osbourne said.

Slash’s album also had names like Lemmy Kilmister,, Ian Astbury, Chris Cornell, Dave Grohl and Iggy Pop. At the time Slash and bassist Duff McKagan still were out of Guns N’ Roses, the two returned to the band in 2016.

Over the years Slash and Duff worked with Ozzy multiple times. The guitarist had already played in the Motörhead ballad “I Ain’t No Nice Guy” back in 1992, that also featured the Black Sabbath vocalist.The two Guns N’ Roses musicians were also part of Ozzy’s solo album “Ordinary Man” (2020).

In an interview with Sex Pistols guitarist Steve Jones back in 2020, McKagan recalled the experience of recording the album, saying: “This guy Andrew Watt (Producer and guitarist in many tracks) called. He said, ‘Do you have some days this week in the daytime? I need to write an Ozzy record. We have four days to do it.'”

“So we showed up at Andrew’s studio. Everything was kind of set up. Chad’s (Smith) drum kit was set up. It was basically one of those things: ‘Who’s got a riff?’ It was really inspiring. The three of us. Andrew Watt and Chad and myself, we’d never written together. You know that can go sideways in a hot second. But it didn’t.”

“Ozzy came, and Ozzy just loved it. He just came in and started writing words and laid down the vocals. So it was kind of like that. But there was definitely urgency to the whole situation. We had so much time to do it, which was only four days. So I think the record is really, really good.” Duff will also be on Ozzy’s upcoming untitled album.