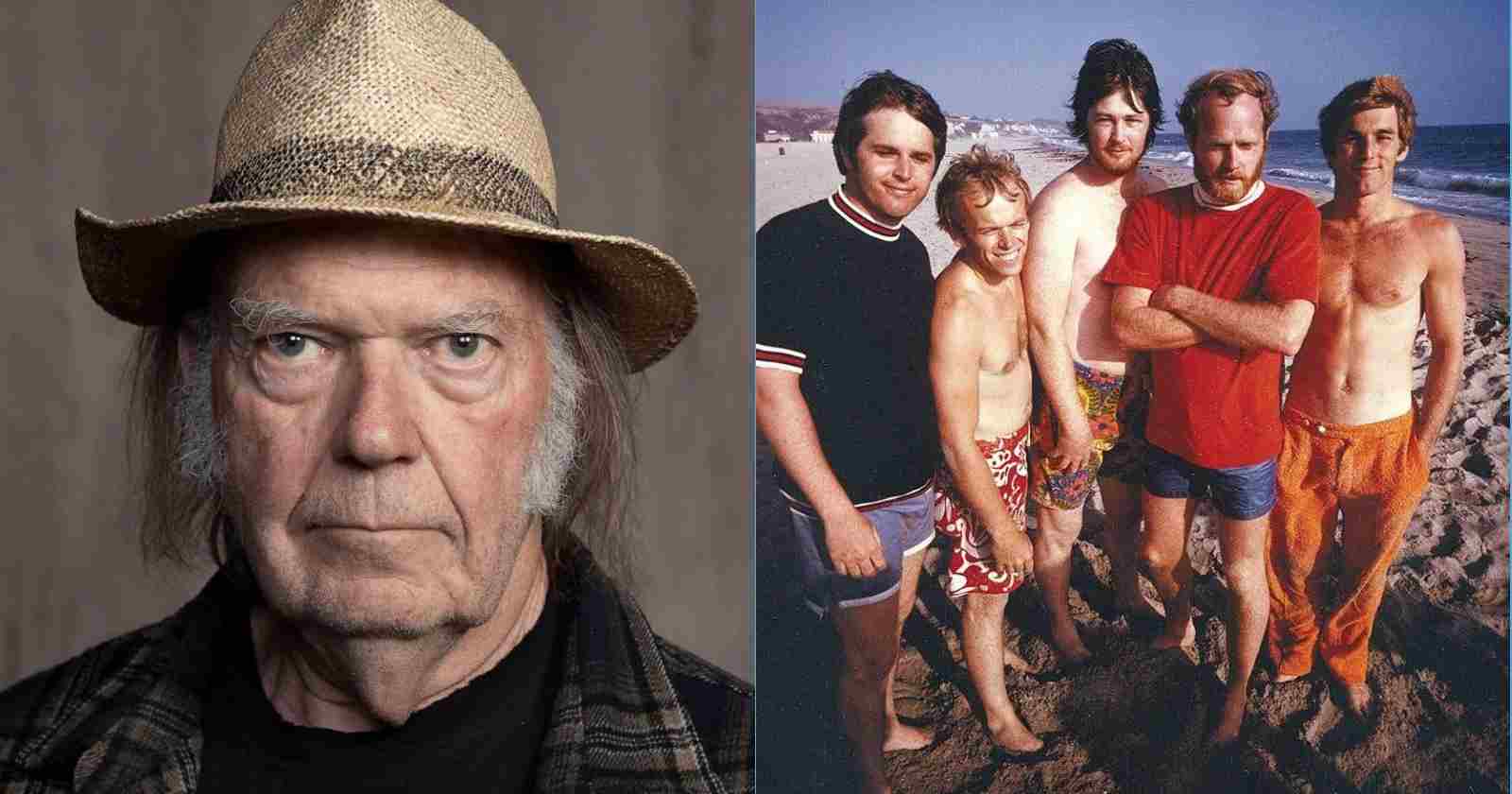 Considered the mastermind behind The Beach Boys, Brian Wilson was the responsible for the band’s musical evolution from Surf Rock to a groundbreaking sound with the release of the influential album “Pet Sounds” back in 1966. The classic record had a huge impact in musicians all over the world and even the Beatles admited that after hearing it they felt the need to come up with some better, what created a kind “good rivalry” between the two.

Over the years many famous musicians talked about The Beach Boys and Wilson. One of the them is the legendary Folk Rock musician Neil Young, known for his solo work, with Buffalo Springfield and Crosby, Stills & Nash.

Like many other famous musicians that first appeared in the 60s, Neil Young is also a big fan of The Beach Boys and Brian Wilson as he revealed in a statement on Brian Wilson’s website: “He’s like Mozart or Chopin or Beethoven or something. This music will live forever. It’s going to be these melodies and these words. It’s just fantastic. I can’t describe it. There’s very few writers I feel the emotional and spiritual contact with that I feel with Brian.”

As pointed by Songfacts, Young had a friendship with the late Beach Boys members, who also happened to be Brian’s brothers, Dennis and Carl Wilson, especially in the 60s. Neil Young ended up recording the song “Let’s Go Away For Awhile” with Brian Wilson that was released on Young’s 1972 album “Journey Through the Past”.

Over the years, Young performed Beach Boys songs live multiple times, like in 2005 when at the MusiCares’ “Person Of The Year” he saluted Brian Wilson and played the classic song “In My Room”.

He joined Wilson on stage in 2014 at the Bridge School Concert on Sunday, October 26 at Shoreline Amphitheatre and sang in the same microphone as Beach Boys’ member Al Jardine the song “Surfin’ USA”.

Back in 2010, Neil Young was part of Al Jardine’s solo record “A Postcard From California”. He was featured on “Campire Scene” and in “A California Saga”, track that also had David Crosby and Stephen Stills.

The Beach Boys is one of the best-selling bands of all time with more than 100 million records sold worldwide. They were inducted into the Rock and Roll Hall Of Fame back in 1988 by Elton John.