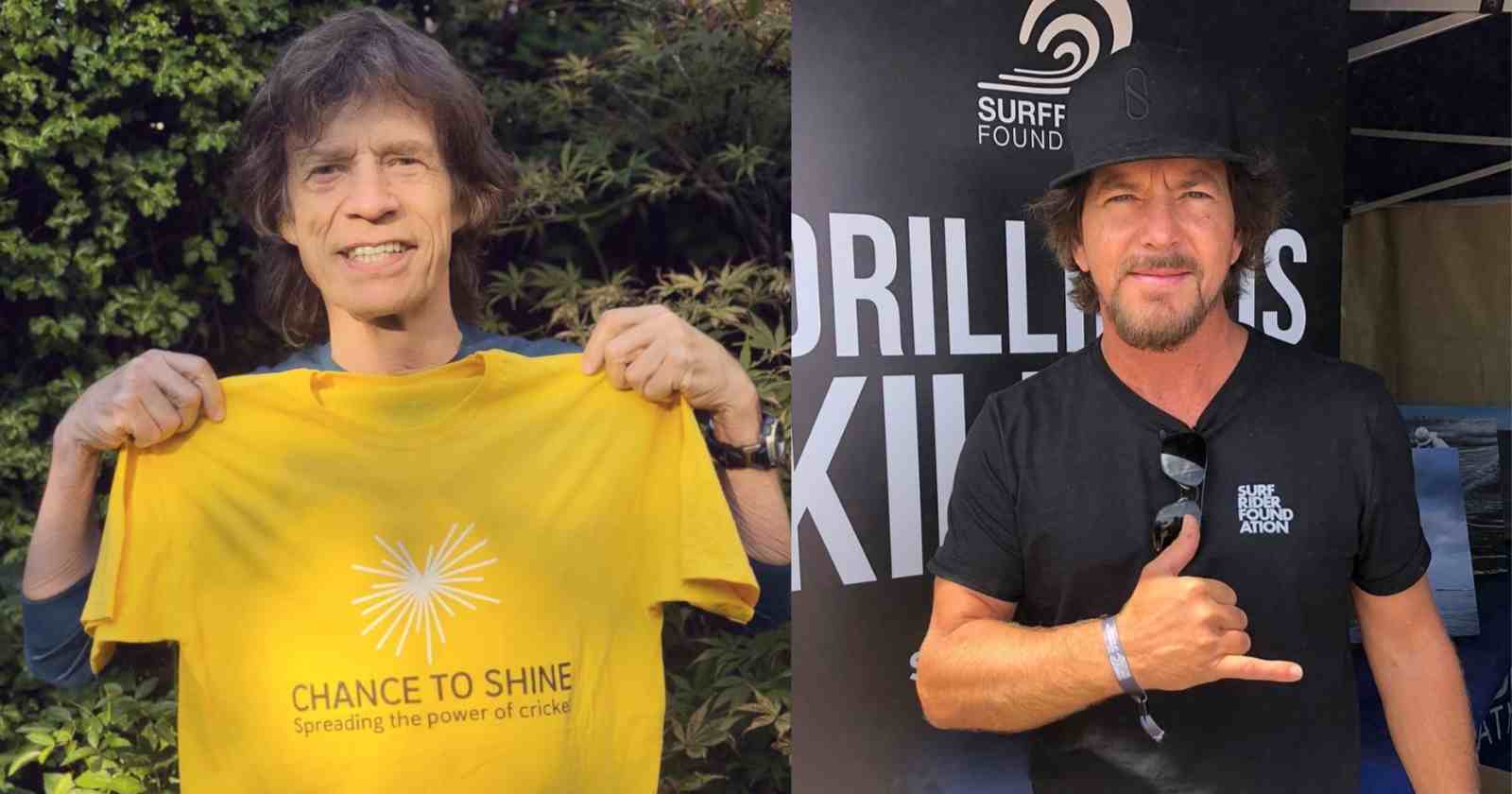 When Pearl Jam was formed in Seattle back in 1990, The Rolling Stones already were on the road for 28 years, had became one of the best selling bands of all time and already had been inducted into the Rock and Roll Hall of Fame one year before. Having inspired millions of bands over the decades, the members of the group were always asked about new bands and gave their opinions in interviews. Stones vocalist Mick Jagger is one that talked about many bands that appeared in the 90s, including Pearl Jam.

What is Mick Jagger’s opinion on Pearl Jam

In an interview with Rolling Stone back in 1995, Mick Jagger was asked about Grunge and revealed that he was never a big Nirvana fan, but he liked Pearl Jam: “I’m not in love with things at the moment. I was never crazy about Nirvana – too angst-ridden for me. But I like Pearl Jam. I prefer them to a lot of other bands. There’s a lot of angst in a lot of it. Which is one of the great things to tap into. But I’m not a fan of moroseness.”

In the same interview he was asked if Grunge had some relation to the 60s music, and he answered: “In that there’s four people playing guitars and so on, there’s a lot of ’60s influence. It may appear that they’re playing the same thing or look the same on MTV. Or there’s certain haircuts you’ve seen on the Byrds.”

“But the grooves are different. It’s all influenced by dance music. In 30 years you don’t keep playing the same beat. Which is good. I don’t think any of these bands would claim to be daringly different. But it’s heartening to return to live music. Heartening for people like me in a band. It’s a very traditional thing to return to. It re-validates the original form that we fell in love with.”

Over the years, Jagger continued to admire Pearl Jam and even invited the band’s vocalist Eddie Vedder to perform The Rolling Stones classic “Wild Horses” on stage with them back in 2005. Stones guitarist Keith Richards was another musician of the group that admired Pearl Jam, since the Seattle group was the opening act from Richards’ band X-Pensive Winos in December 31, 1992 in New York City.

5 years later, in 1997, Pearl Jam opened for Rolling Stones in some concerts of the “Bridges To Babylon” tour and in 2005 they were again the British group opening act in Pittsburgh.

What Eddie Vedder said about The Rolling Stones

In a video interview for Rolling Stones official site at the time of the presentation (Transcribed by Rock and Roll Garage), Pearl Jam vocalist Eddie Vedder praised the band and said: “They are like a treasure. They are still out there doing what they do. It makes you feel young. I think that’s probably what happens to the audience too.”

“It’s not easy to do it. I’m feeling already these days and to think about moving a number of chapters ahead. Maybe like half a book ahead and picture us playing later on like they are now. I can imagine. It’s a lot of work”.

Talking about practising “Wild Horses” with Mick Jagger, Vedder said that Jagger’s voice sound even better without a microphone.

Pearl Jam were inducted into the Rock and Roll Hall Fame back in 2017 by David Letterman, who said in his speech: “They are a true, living cultural organism”. They have sold more than 85 million albums worldwide until 2018,