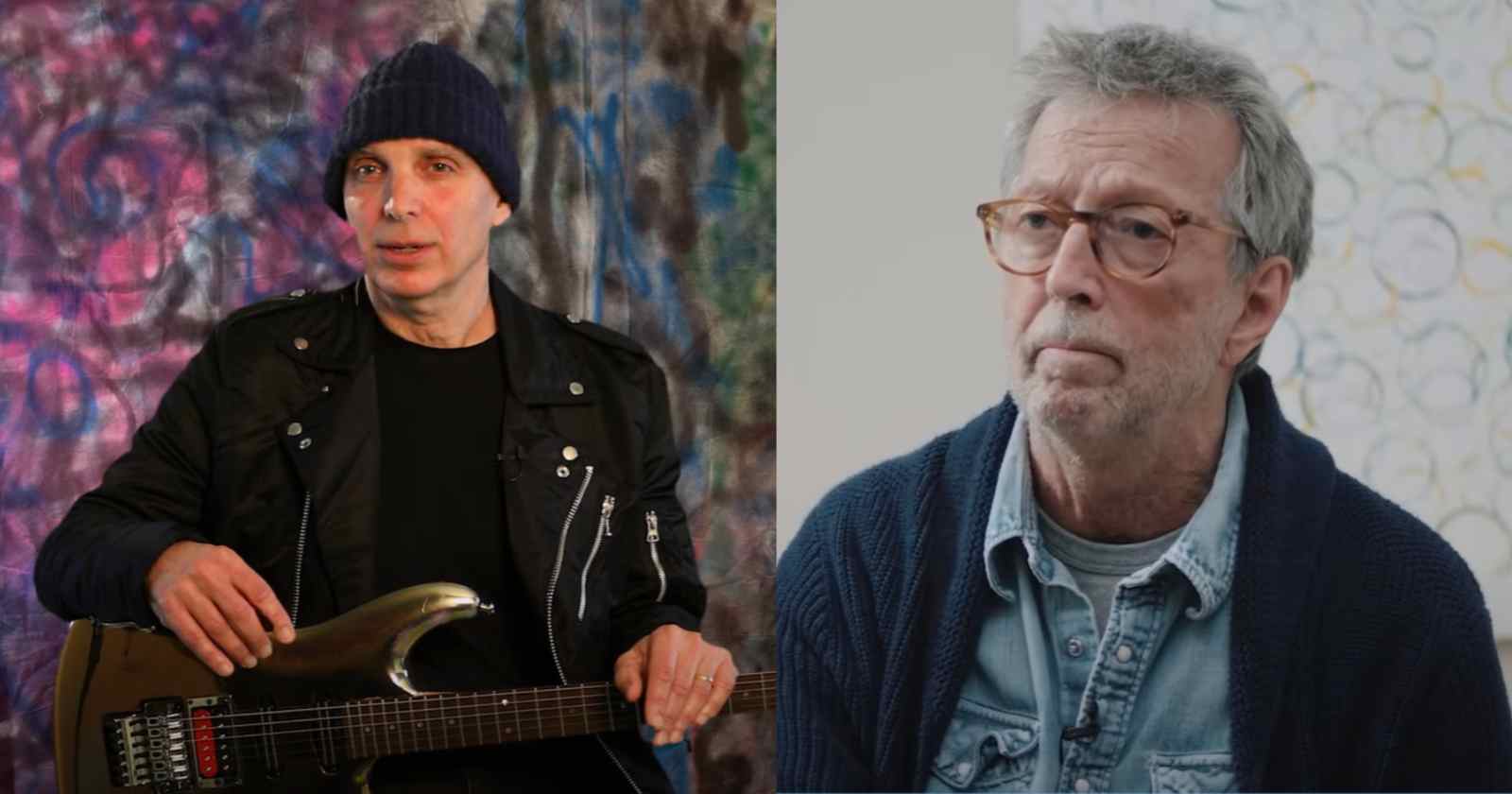 The virtuoso American guitarist Joe Satriani is one of the best-selling instrumental artists in Rock and Roll and is also known for being the guitar teacher of Kirk Hammett (Metallica) and Steve Vai when they were young. Over the decades, Satriani who also worked with Mick Jagger, Deep Purple, Alice Cooper and more gave his opinion in interviews on other guitarists and one of them was Eric Clapton.

What is Joe Satriani’s opinion on Eric Clapton

In an interview with Music Radar in 2015, Joe Satriani praised Eric Clapton’s guitar playing and compared him with other famous players: “Hendrix, Page and Beck would always go right to the edge of the cliff – and didn’t mind just falling off, which was always exhilarating – but Clapton had this other thing. He played like someone who could really sing well. And his tone was beautiful.”

“The other thing was that I noticed very much was that he could sustain interest for long periods of time without going to 11! 11 was where Hendrix, Page and Beck always somehow wound up. Clapton was always like, ‘I’m just going to sit here at eight and a half!’”

One of his favorite Eric Clapton albums is the 1994 “From The Cradle” as he revealed in an interview with Classic Rock in 2021. “I loved the way he approached that record by recording everything live. I was a fan of Clapton ever since I started playing guitar but that record was really remarkable,” Satriani said.

In an interview with Josh Adam Meyers podcast back in 2020 (Transcribed by Rock and Roll Garage), Joe Satriani recalled how he discovered Clapton’s music when he was young: “I’m the youngest of 5 kids. So in the 60s when I’m a little kid growing up, my older siblings are living the sixties 100%. The house is just crazy, boyfriends my sisters are bringing all the time and they keep bringing these albums over. They known I’m a little drummer, I’m a kid but I’m just crazy about playing Beatles, Stones and stuff like that.”

“I’m not a good drummer, but we will get to that later. So they keep testing me, you know, they go ‘Hey, Joey come over here, listen to this’. I get introduced into this unbelievable music that is being created by Cream, Hendrix and The Who. Of course, everything that is happening in the late 60s, there is a lot of James Brown in the house, a lot of Motown in the house, still all the 50s Rock and Roll in the house. My parents are playing Jazz all the time, very musical house. But, that’s where I first heard Eric Clapton, that’s where I heard Cream.”

“One of the earliest memories that I had about Eric Clapton was just how beautiful it sounded from the beginning to the end of the piece. Not every guitar player did that.”