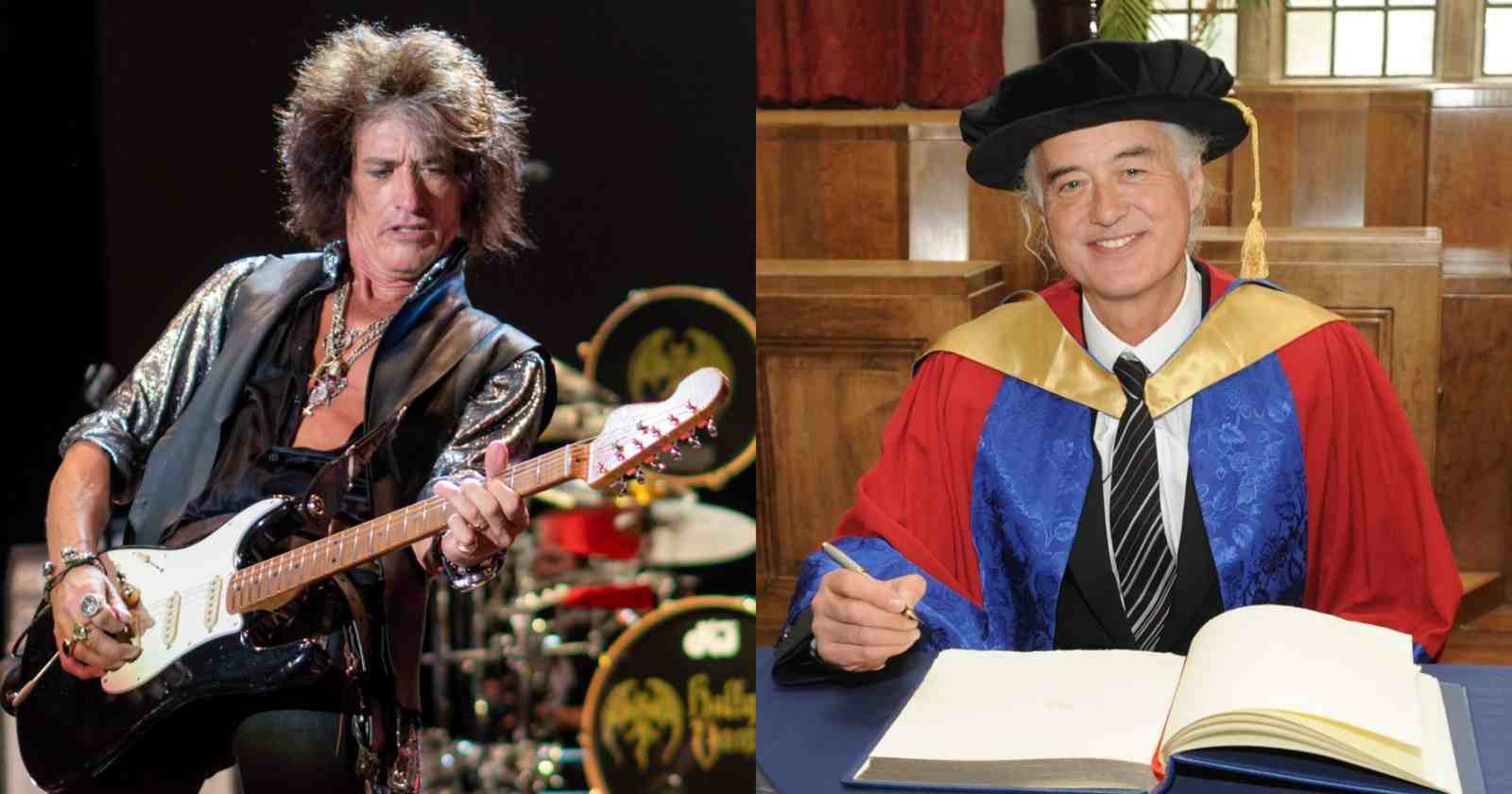 One of the most influential players in Rock music, Aerosmith guitarist Joe Perry was inspired by many players that came before like Led Zeppelin‘s Jimmy Page. In an interview with Guitar.com back in 2002 he gave his opinion on Jimmy Page and named the best guitar riff of all time.

What is Joe Perry’s opinion on Jimmy Page and the best riff of all time:

When asked about the best guitar riff of all time, Joe Perry said: “There’s so many of them. But, I guess if you go down the ‘less is more’ path, I think that Whole Lotta Love is the one. I mean, that opening thing, it’s almost a non-riff. It’s so primal that almost anybody can play it… but it’s so powerful. To me, that is the epitome of simplicity and it hits the very roots of the sexual aspect of the rhythm. And, as I’ve said, technically, it’s nothing. Jimmy Page can play just about anything and it really speaks of his genius that he was able to go: ‘Okay, this is what people want to hear’.”

“I always have to pinch myself whenever I’m within 10 feet of Jimmy. Over the years, he’s become a good friend. Sometimes, we’ll be sitting talking about kids or whatever and then I realise that this is they guy that did The Song Remains The Same from top to bottom and then I’ve gotta go: ‘Wow, this is really amazing’. It’s funny – I remember being in my mother’s station wagon listening to the radio and hearing that first Zeppelin record and going: ‘Oh my God, this is incredible’. Then, 25 years later, I find myself playing on stage with the guy. It’s an amazing path, that’s all I can say.”

As reported by the the Irish Examiner back in 2010, Joe Perry said that nothing could top the experience of playing with Jimmy Page: “I would never have thought it would have been possible growing up in Boston in the late 60s, when the idea of being in London was like for a Catholic going to the Vatican, the holy grail. The fact that 20 years down the line I’d not only know Jimmy Page but be able to play with him. Was beyond anything I thought could ever happen.”

“People call Aerosmith the American Stones, but we were always the American Zeppelin. He travelled with us on the bus and we hung out with him for the whole weekend. It blows my mind to think that Jimmy would think that much of the band that he’d want to spend that much time hanging out with us and then play with us.”

In an interview with Ultimate Classic Rock in 2021, Joe Perry recalled that Aerosmith was listening to Led Zeppellin III or IV when they wrote the first song of their first album. The guitarist also said that the reason why the band was successful in the beginning was because they were an American band that were sounding like an English band.

Born in Lawrence, Massachusetts back in 1950, Aerosmith guitarist Joe Perry grew up in the town of Hopedale, Massachusetts. His father was an accountant of Portuguese descent from Madeira and his mother a high school gym teacher of Italian descent.

He was ranked 84th in Rolling Stone’s list of the 100 greatest guitarists of all time and was inducted to the Rock and Roll Hall Of Fame back in 2001 as a member of Aerosmith.

During the 1960s, Perry formed a band with Tom Hamilton called The Jam Band. Steven Tyler, Brad Whitford and Joey Kramer eventually joined them and the band became Aerosmith. He also is the guitarist of the supergroup Hollywood Vampires, alongside Johnny Depp and Alice Cooper.

He is a huge fan of the early Fleetwood Mac, particularly their first lead guitarist, Peter Green, which explains the occasional inclusion of the FM classics “Stop Messin’ Round” and “Rattlesnake Shake” in Aerosmith’s sets