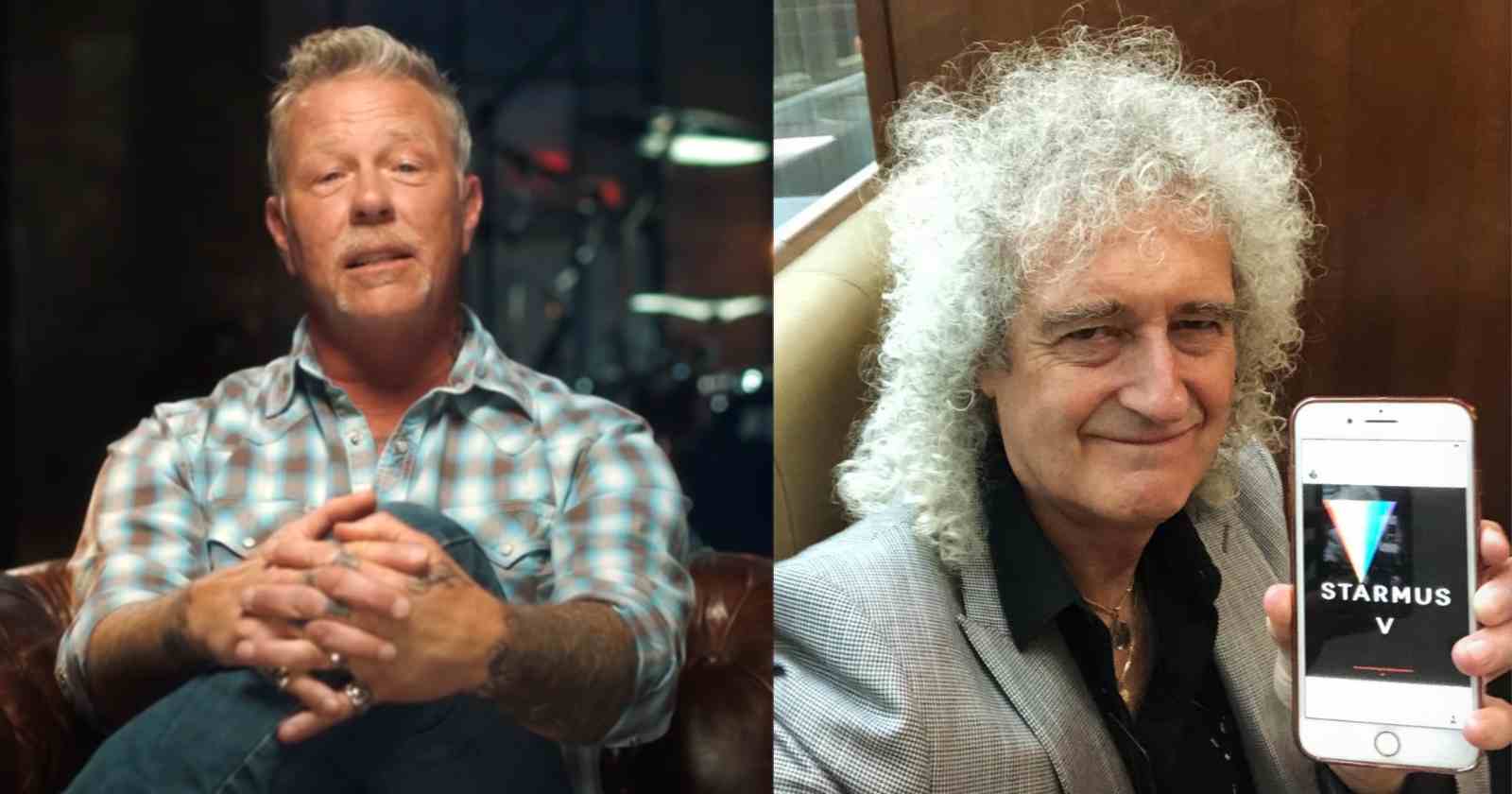 One of the best-selling Heavy Metal bands of all time, Metallica took the Thrash Metal to another level during the 80s and early 90s. Over the decades the vocalist and guitarist James Hetfield gave his opinion on many bands and one of them were Queen, a group that doesn’t have a sound that can’t be easily compared with Metallica. In an interview with the official Metallica Youtube channel back in 2017 (Transcribed by Rock and Roll Garage), Hetfield gave his opinion on the British Pop-Rock group and on their guitarist Brian May.

What is James Hetfield’s opinion on Queen and Brian May

“Queen has been a huge inspiration in the early days for me guitar-wise, especially Brian May. Just watching Brian May, there was a moment in the show (during) ‘Bohemian Rhapsody’, it was like this Rock and Roll dream I was looking at. I was right on, right at the sound desk looking at him. Long ramp, he popped out of the middle just before his solo, there’s smoke, there’s a light behind him. His white hair, you know, this big white aura around him.”

“He rises up out of the stage and he is doing the solo and he is in a giant silver cape from the seventies look. Kirk and I just looked at each other like ‘Holy Shit! This is awesome! Total fan boys at that point. Then after the show (laughs), Brian May, he says ‘I’m wondering if Kirk likes what I’m playing”. Then Kirk and I looked at each other again and went ‘Huh? (In total shock)’.”

“We met his roadie and we were all hanging out, he had this guitar on his back and he said ‘I know some of your crew guys’ and this and that. And I’m thinking ‘What’s that on your back, It’s that ‘The Guitar’?’ He says ‘Oh yeah’. I said ‘Ok, is there any way possible that I can take a look at it?’ and he goes ‘Hey Bri, is that ok?’ and then Brian says ‘Oh sure, yeah’.”

“So he takes it out, opens it up and I’m jamming on Brian May’s ‘old girl’. (The) original guitar that him and his dad made when he was 18 years old and he still has it on tour and still plays it every night. It was spectacular. Then Brian leans on to me and he is taking selfies and it was like ‘Oh my God!’ Can’t wipe that smile off my face, it was extremely cool”.

“Then Kirk is like ‘My turn, my turn!'” Then Hetfield said that he gave the guitar to Kirk. “So we all got to play Brian’s guitar. Just a super, super memorable and redundantly unforgetable moment. Hopefully if I’m alive at 70, (I wanna be) that cool and that down to earth, just giving and loving life. He is so serene and a big inspiration as far as all that goes,” James Hetfield said.