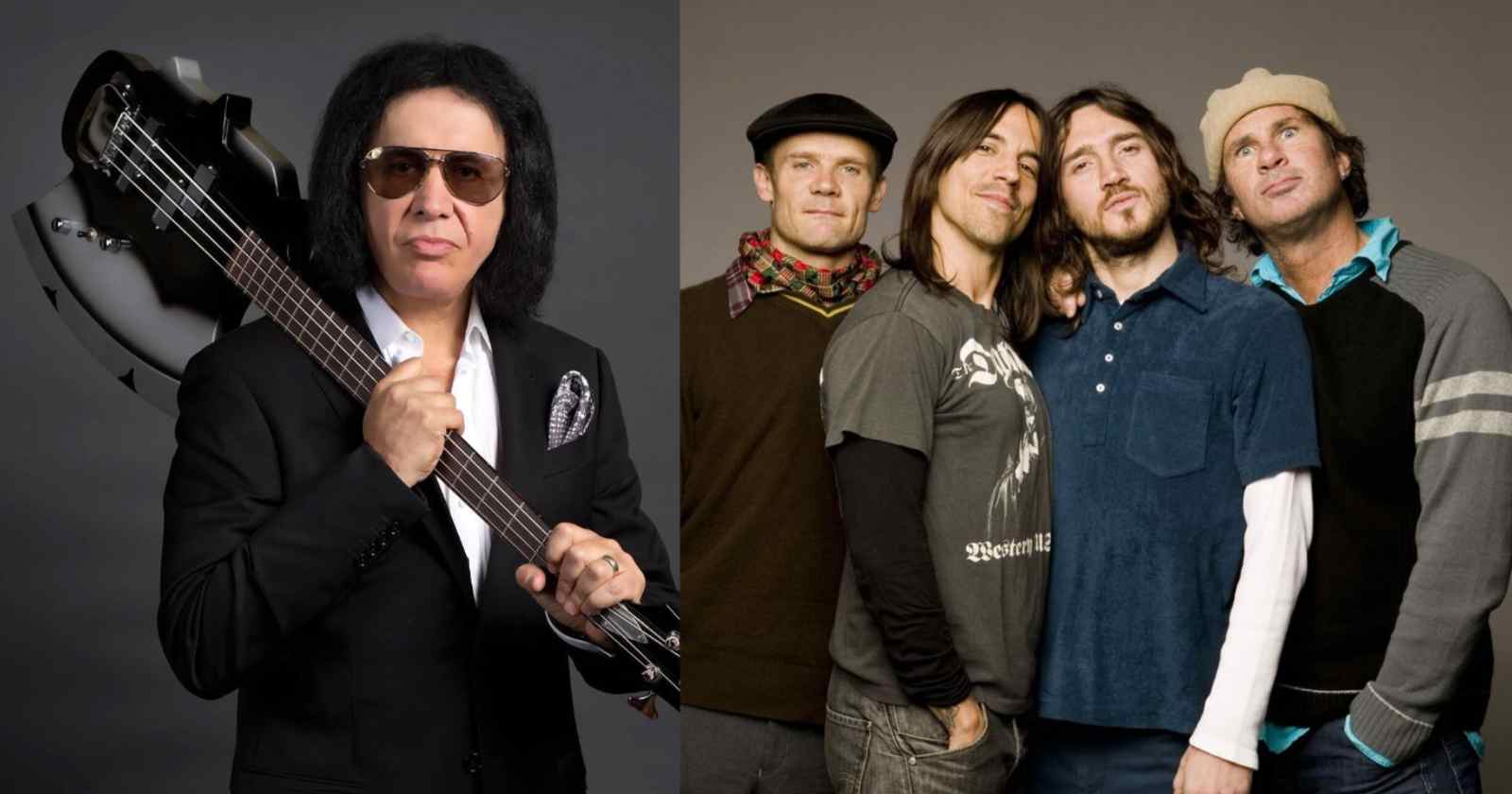 The Red Hot Chili Peppers is one of the most successful bands of the last decades with over 100 million records sold worldwide. Over the years many other famous musicians gave their opinions on the band and one of them was Kiss bassist and singer Gene Simmons in an interview with Vice back in 2016.

What is Gene Simmons’ opinion on Red Hot Chili Peppers

“I’ve always found them to be unique and exciting. The great thing about the Chili Peppers is they know who they are. They know what their DNA is. That’s the most important thing a band needs to figure out about themselves. This tune (“Dark Necessities” played by the interviewer to Gene) sounds like classic Chili Peppers.”

“Their fans are going to love it. They’re a rock band, but they clearly have decided to march to the beat of their own drummer. Their guitars never sound like a rock band, it’s never turned up. They rap, there’s a funky bass player, Flea, who must have been a James Brown fan. It’s not classic rock, but it sure is rock.”

The interviewer then asked Gene if he was a fan of the band and he replied: “Oh yeah. Really like it.”

The Red Hot Chili Peppers drummer Chad Smith was a Kiss fan when he was young as he recalled in an interview with Rhythm’s magazine back in 1999: “I was just drawn to it (Saying about discovering the drums). At that stage obviously I wasn’t thinking about being a big rock star. All I wanted was to be able to play the drum fills on the forty-fives I was listening to at the time. Drumming made me feel good. I’ve tried to keep hold of those feelings it generated in me as a kid.”

“I remember how I felt at fourteen when I had Kiss posters on my wall and I used to go to their gigs. It was awesome.”

One connection between Kiss and Red Hot is that Larry “Ratso” Sloman, co-author of the book “Scar Tissue”, that was a mega-selling memoir of Chili Peppers lead singer Anthony Kiedis also was the co-author of the founding KISS drummer Peter “Catman” Criss memoir.

The band announced in 2019 the return of their classic guitarist John Frusciante that was 10 years away from the group, being replaced from 2009 to 2019. They have a worldwide tour scheduled for 2022.