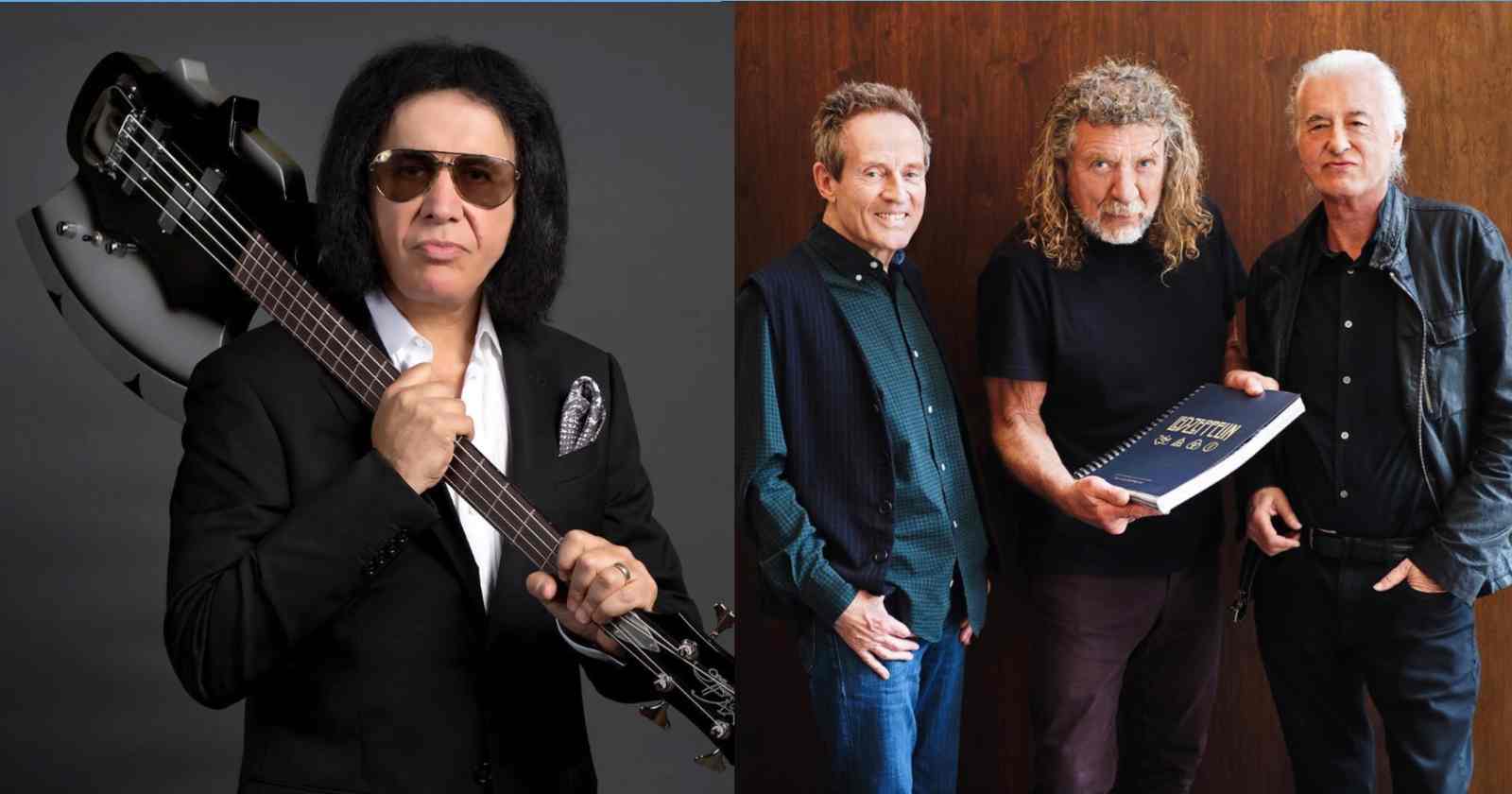 Led Zeppelin changed Rock and Roll in the late 60s and early 70s, presenting a heavier sound to the music industry and becoming a huge influence for the bands that appeared later. Over the decades many famous artists talked about the British band that Robert Plant, John Bonham, John Paul Jones and Jimmy Page. One of them was Kiss bassist and singer Gene Simmons.

What is Gene Simmons’ opinion on Led Zeppelin

In an interview with Music Radar in 2017, Gene Simmons was asked to list the songs that blew his mind and one of the was Led Zeppelin’s “Communication Breakdown”, released on the debut album of the British group in 1969. “OK, so (Jeff) Beck takes the blues and gives it some balls. Like I said before, Pagey was part of that scene and he understood what Beck was trying to do.”

In a conversation with Guitar World back in 2021, Gene Simmons talked about how important it is to have an instantly recognizable sound for a band that wants to make history. The musician said that Led Zeppelin, Van Halen and AC/DC are bands like that: “Nobody sounded like Van Halen. And nobody sounded like Edward. The same goes for AC/DC, it’s immediately recognizable. And Led Zeppelin too. Every great band needs an individual fingerprint. I would urge every band not to sound like The Boomtown Rats, there already is one!”

Kiss guitarist Tommy Thayer revealed in a conversation with fans on his Instagram back in 2021 that Led Zeppelin’s Jimmy Page praised Gene Simmons’ bass playing: “He’s one of the best. When Jimmy Page saw us in London he said Gene’s bass playing was exceptional.”

In an interview with  The Quietus back in 2015, Gene Simmons talked about Zeppelin’s famous song ‘Stairway To Heaven”, saying: “You think Led Zeppelin, you think ‘Stairway To Heaven’. There are just certain songs that, either because of the melody or lyric or the sound of the song, intrinsically say, ‘This is what that is’.”

“The only band who doesn’t have that thing, just because they have so many god damn good songs, is The Beatles.”

Led Zeppelin has an estimated sales of 200 to 300 millions records sold worlwide. They were inducted by Steven Tyler and Joe Perry from Aerosmith into the Rock and Roll Hall of Fame back in 1995, with Perry saying they were “pure chemistry, kind of like Howlin’ Wolf meets the Loch Ness monster”. Nominated 3 times for the Grammy Awards, the group only won on one occasion.