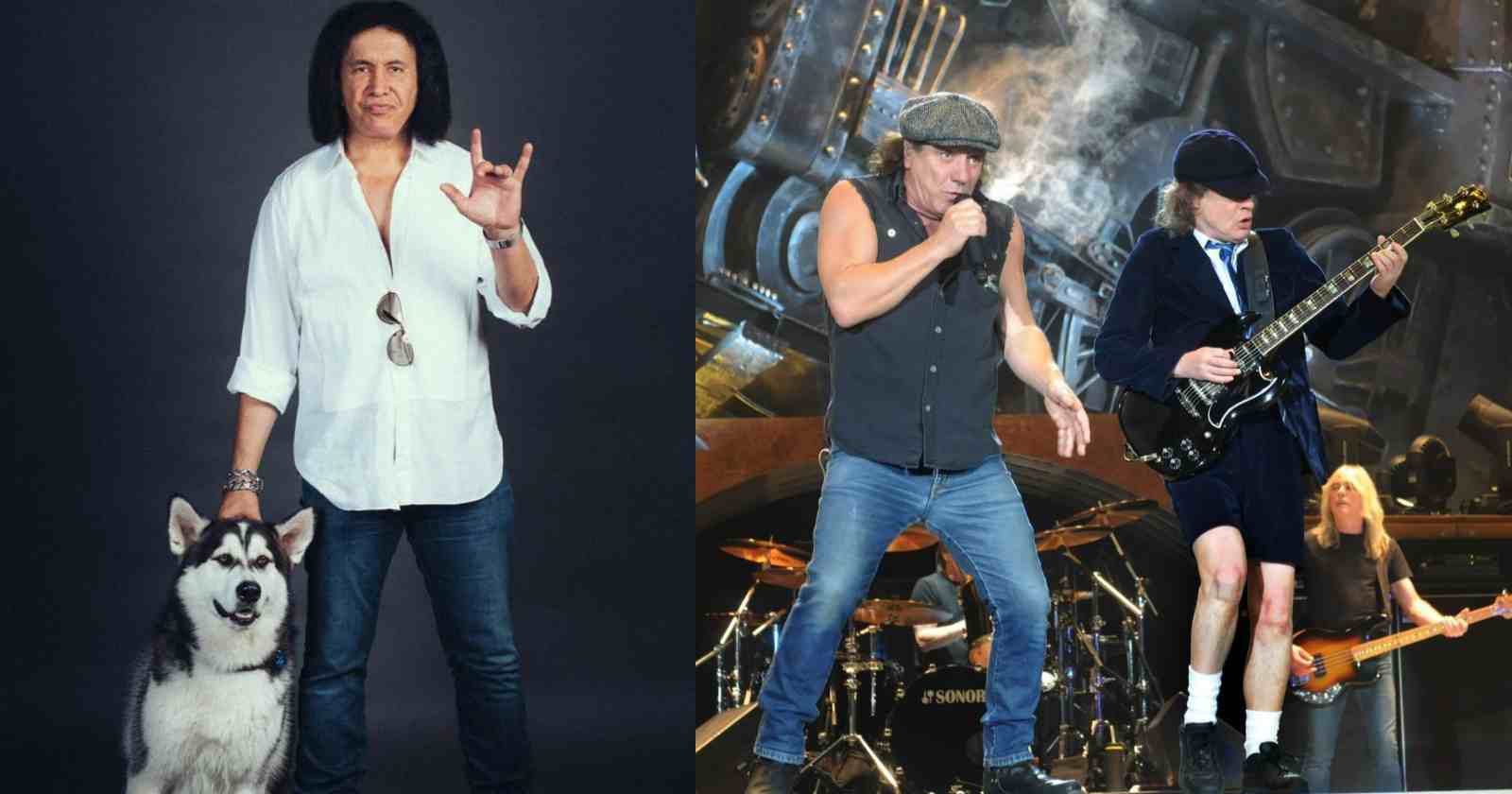 Formed in Australia back in 1973, AC/DC became one of the most successful bands in history, their famous record “Back In Black” (1980) is the second best-selling album of all time. With many classic releases, the group inspired many generations of musicians throughout the decades and many famous musicians gave their opinion on the group in interviews over the years. One of them was Kiss co-founder, bassist and singer Gene Simmons.

What is Gene Simmons’ opinion on AC/DC:

Gene Simmons likes AC/DC and the Australian group even was Kiss’ opening act back in 1977 and 1978 when vocalist Bon Scott was still alive. In an interview with The Quietus in 2015, Simmons named “For Those About To Rock We Salute You” (1981) as one of his favorite albums of all time. He explained that he chose the record because he thinks it is the “definitive anthemic album” and even though “Back In Black” had better songs in his opinion, he thinks that in this second album with singer Brian Johnson the group created a bigger identity.

“The graphics and that cannon and the title – and it’s why they always end their set with it – it’s anthemic. ‘For Those About To Rock (We Salute You)’ means something, it’s a connection. It’s like nationhood. Put your fist up in the air and say, ‘Yeah! This is what I believe in!’ ‘You Shook Me’ doesn’t have that, it’s just a rockin’ great song.” Even though Gene said that the record have many anthems, the only song that remained featured on the band’s live shows was the title-track.

The Kiss bassist and singer recalled in an interview with Triple M radio his first meeting with AC/DC guitarist Angus Young before the Australian band were globally famous. Simmons said that Angus was missing a teeth at the time. “I saw them playing this really small club in L.A. I happened to be there. And all I remember is being close to the stage, ’cause I love that — I wanna feel it; I wanna feel the chest kind of cave in when the bass and the kick drum hits it. I don’t wanna be at a safe distance. If it’s too loud, you’re too old. So I’m in the front. And even after the blackouts between songs, there’s Angus [Young] just running around on stage, not posing — just kind of feeling it, like somebody in a trance or something.”