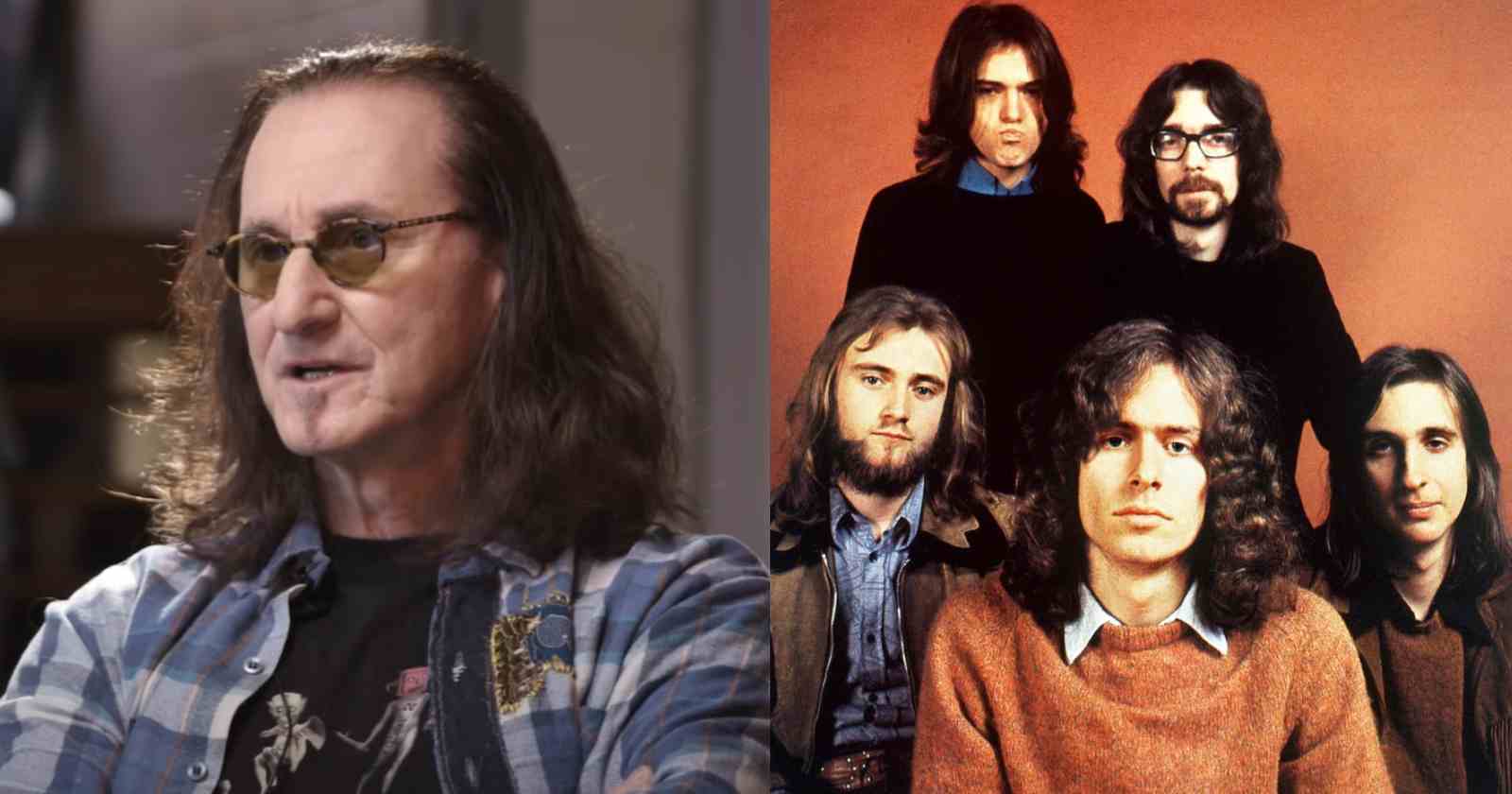 Formed in Toronto, Canada back in 1968, Rush took the Progressive Rock music to another level with the help of bassist, singer and keyboardist Geddy Lee, making it heavier and even more complex sometimes. With classic albums like “Fly by Night” (1975), “2112” (1976), “Permanent Waves” (1980) and “Moving Pictures” (1981), the band gained loyal fans and sold an estimated amount of 40 million records worldwide.

Over the decades the bassist, keyboardist and singer Geddy Lee talked about many Progressive Rock bands and musicians, including Genesis and Peter Gabriel.

What is Geddy Lee’s opinion on Genesis and Peter Gabriel:

Geddy Lee is a massive Genesis fan and listed in an interview with The Quietus back in 2012 the album “Nursery Crime” (1971) as one of his favorite of all time. “Well I was a big fan of Genesis and Peter Gabriel. That was when I first discovered the notion of a ‘concept’ and that it could be an adventurous and lively place and not dull at all. It is a very playful and compelling record. I fell in love with the sound of it. I was totally entranced by it and wanted to know how they had done it. This is part of the roots of Rush. The creation of a flexible concept. The parallels are obvious,” Geddy Lee said.

The record that had famous songs like “The Musical Box” and “Harlequin”. Also was the first to featured drummer Phil Collins and guitarist Steve Hackett.

When Geddy Lee was a teenager and Genesis opened for Lou Reed, he went only to see them and left after their set

During a conversation with Classic Rock magazine back in 2012 (Transcribed by Rock and Roll Garage), Geddy Lee recalled that when he was young he went to see Genesis play as Lou Reed‘s opening act. However, he only saw the Progressive Rock band and decided to go home earlier: “Yes. I went to see a strange double bill. Genesis was opening for Lou Reed. It was Genesis first time in Toronto. They started with ‘Watcher of Skies’ and they were great.”

One of his favorite Genesis songs

In an interview with Guitar World back in 2009, Geddy Lee listed Genesis’ “Watcher Of The Skies” from the 1972 album “Foxtrot” was one of the songs that shaped’s the sound of Rush. “The time signature was completely odd. It was a little like Yes, but darker and much more theatrical.”

The musician also said that he felt that Genesis was taking in that song a high level of musicianship. Also what fascinated him was how all the strange parts and approaches the band had in the song supported one another.

“Foxtrot” is Genesis’ fourth studio album and has the track “Supper’s Ready” their longest recorded song which has 23 minutes, which occupied almost the entire side two of the record.

The Rush frontman first discovered Genesis with the help of a friend as he recalled in an interview with Sirius XM Classic Vinyl Influences show (Transcribed by Rock and Roll Garage) back in 2013: “I got into Genesis early. A friend of mine turned me on to them, right around the time they were doing ‘Nursery Crime’ and ‘The Musical Box’, those early Genesis records. Much more than the later records for me, those early ones were amazing because they were concept albums and they were so intricate.”

“All these massive Genesis fans came to the show. They far outnumbered the Lou Reed fans at that show and the show was late. I don’t even think all their gear arrived. They light show didn’t arrived in time. So they came onstage and they played their set and we were still blown away to hear. I think they opened with ‘Watcher Of The Skies’. After their set we all left (laughs). Poor Lou Reed had to come in when people were basically leaving. I felt bad for him but it’s just a strange mismatch,” Geddy Lee said.