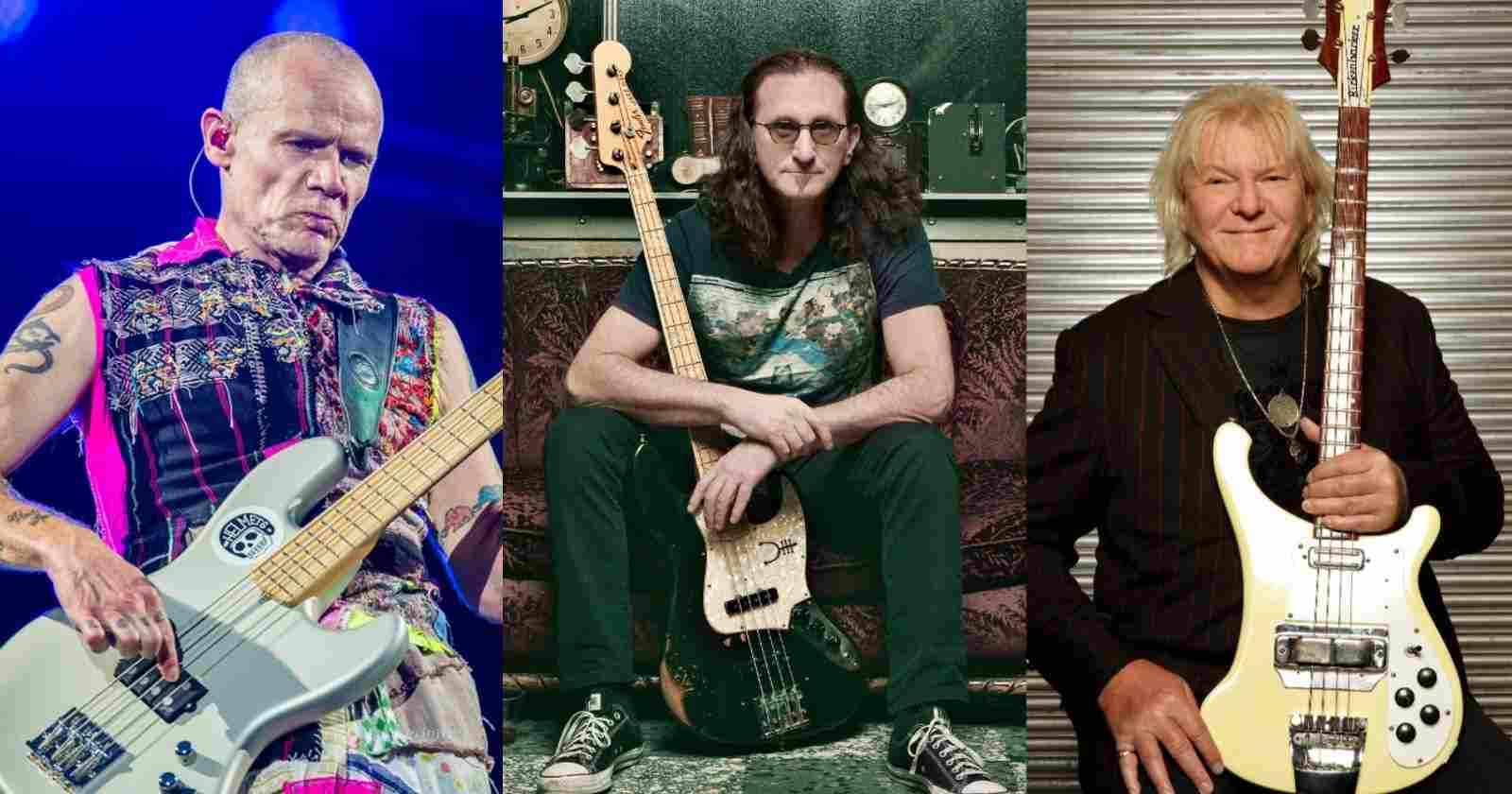 Rush legendary bassist, singer and sometimes keyboardist Geddy Lee is considered on the best bass players in Rock and Roll history. Back in 2019, he chose for Amazon Music 22 songs that inspired his bass playing consciously or subconsciously. In an interview for the streaming service, Lee gave his opinion on Red Hot Chilli Peppers bassist Flea and the late Yes bassist Chris Squire.

“(Flea) He is a monster player. Flea is one of the great, you know, contemporary bass players. His influences are so Funk driven, yet, he can do anything. On ‘Give It Away’ he is just like the bass in ‘Come Together’, like the bass in so many great pop songs. He is providing an alternate rhythm for the drums and an alternate melody and he is working at the bottom of the neck and the top of the neck. He is going back and forth between. Which I always love as a bass player, that’s a perfect example of that.”

“Well, he was pyrotechnical. He played with incredible dexterity, he did use a pic, I forgive him. He got a sound that was an evolution of the twangy bass sound that John Entwistle played with and a lot of the early 60’s bass players played with adding more top end to the sound, trying fill up more of the sound spectrum. When Yes came out and particularly the song I chose here “No Opportunity”, when you listen to that song, you listen to the job the bass is doing.”

“It’s so powerful, it adds so much power to the song. He sort of invented a different way of playing bass for Progressive Rock music. The complexity of his melodies is astounding and the fact that a song, like for example ‘Roundabout’, that’s a hit single driven the bass part. He was just a pioneer, really. A giant in terms of me as a young bass player.”

During the same interview, he talked about Paul McCartney and Motown players:

“There are others that were subconscious influences and I think we all have those when we listen to various music. I mean, there is a couple of Beatles songs on here and people remember The Beatles for their tune fullness and for the great vocals. But also Paul McCartney was quite an influential bass player and if you listen to “Come Together”, that’s a bold bass part in that song. If you listened to “Taxman”, that’s Heavy Metal before there was Heavy Metal.”

“James Jamerson and a lot of the early Motown songs, they drove the song. The moving line of the bass drove the song with an alternate melody that didn’t interfere with the main melody. I have always felt that’s the role of a bass player. You got to get your melody in there somehow, but you cannot draw attention away from the singer. That’s the number 1 rule, like let the melody of the song have center stage. But doesn’t mean you can’t provide other layers of melody and as soon as the singer shuts up go for it.”