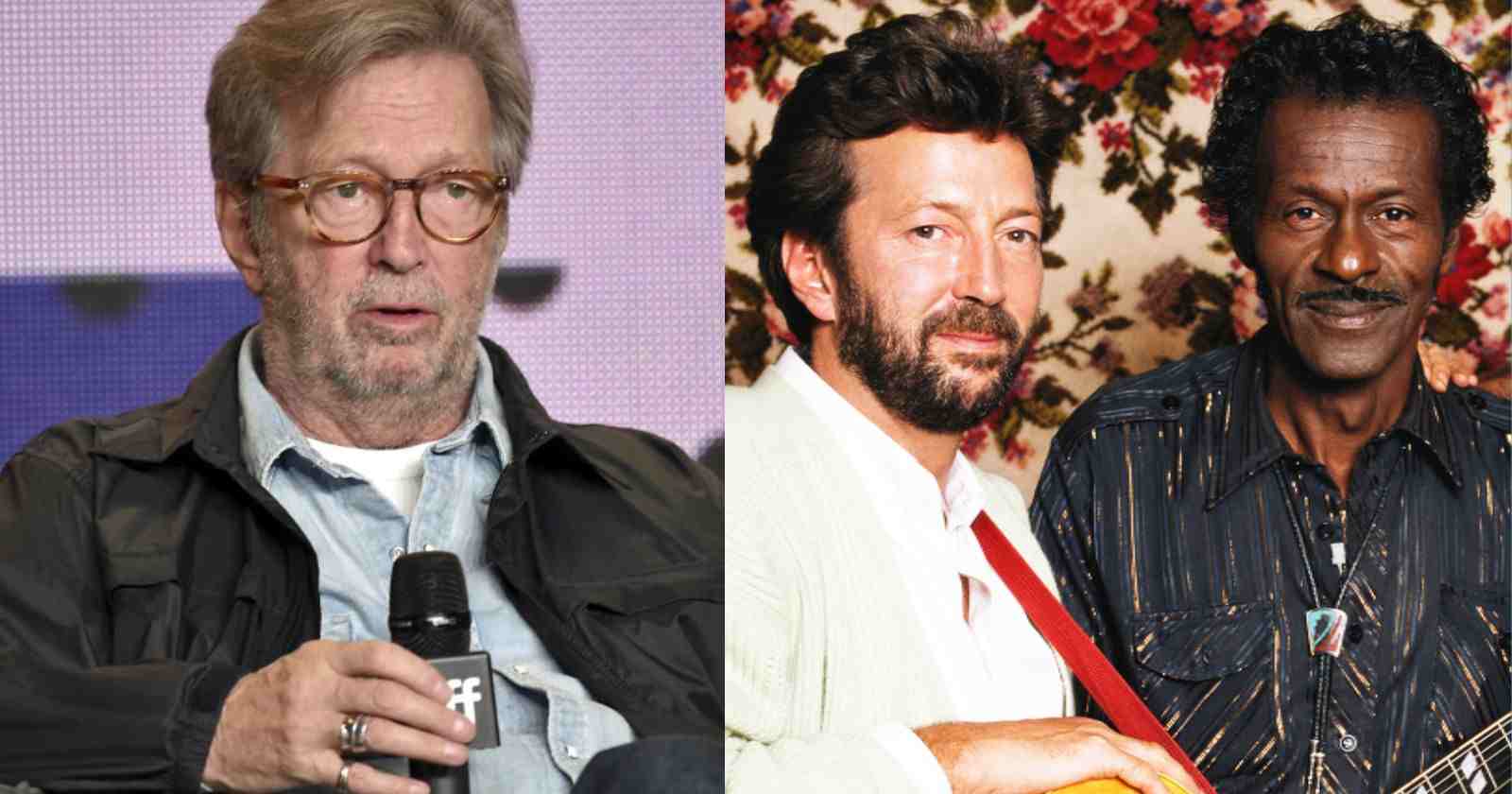 Chuck Berry is considered one of the godfathers of Rock and Roll music and inspired many generations of praised musicians. One of them was Eric Clapton that revealed his admiration for the musician on the 1989 documentary “Chuck Berry: Hail! Hail! Rock ‘n’ Roll“.

“There is a whole mix of things I hear, Latin and Country, Jazz, the whole thing makes a beautiful hybrid. I’ve heard stories that he was very bitter and he thought people have ripped him off and in order to think that, you must be aware of how far your influence has spread.”

“I don’t really know if he is completely aware of how much people love his music. He is more very often very keen to be a showman that can be a sign of the fact you’re not very secure with what you really are good at. I like to hear him play those ballads, I know that’s deep in his heart and he was doing that on stage then I kind of feel that he was more aware of how much people do love him.”