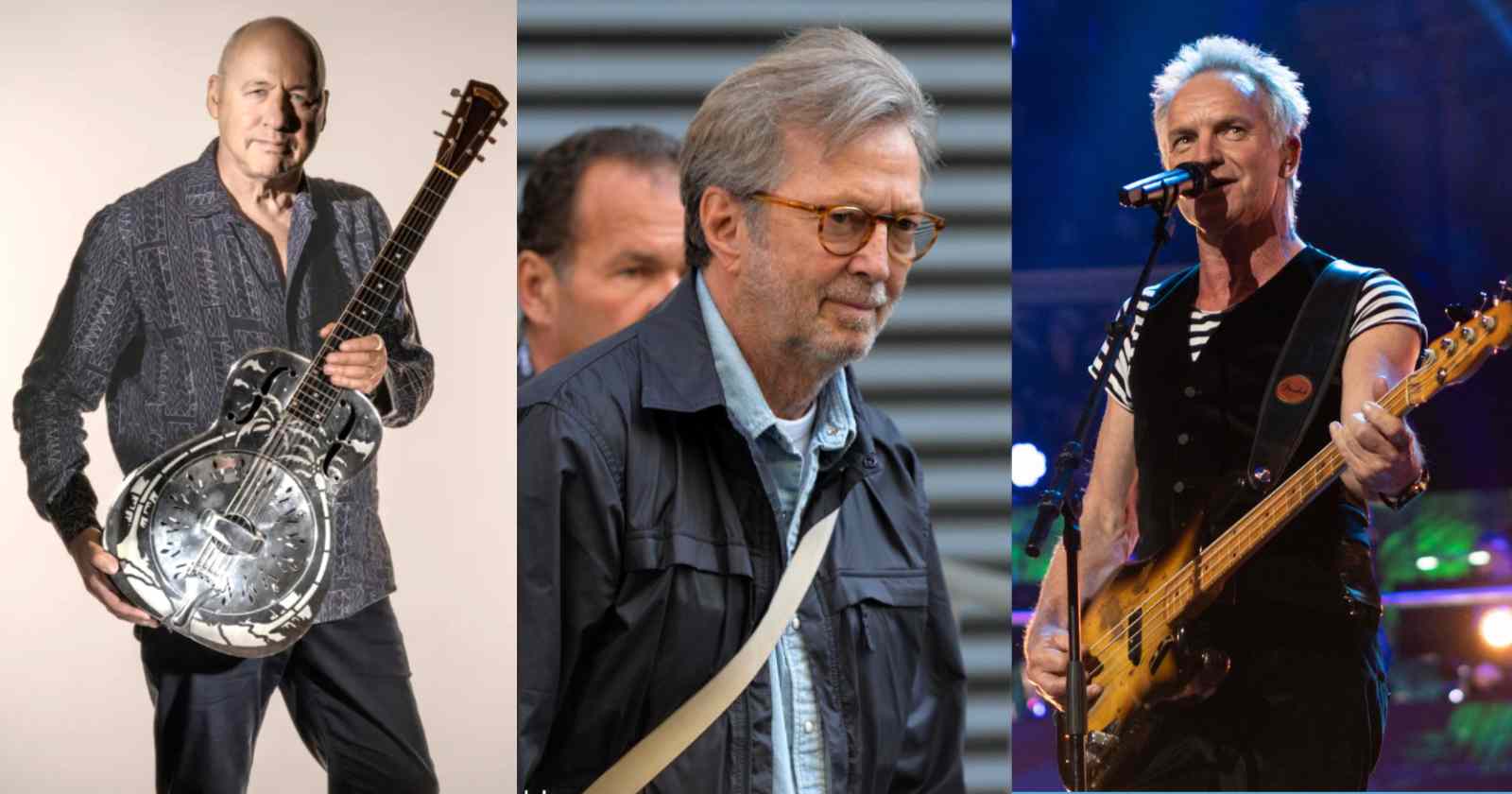 Eric Clapton is one of the greatest musicians of all time that made history with Yardbirds, Cream, Blind Faith, Derek & The Dominos and in his solo career. In an interview with Rolling Stone back in 1991 he was asked if there were any current musicians he admired and then he gave his opinion on Dire Straits guitarist and singer Mark Knopfler and The Police bassist and singer Sting.

When asked if there were any musicians he admired, Eric Clapton said:

“Well, Mark Knopfler, I think, is totally unique. He’s a great craftsman, which brings it back to that. I mean, with Dire Straits, if you listen to any of their albums the first time, it sort of goes by you a bit. Then gradually it just gets better and better, and it stands the test of time. They’re fantastic craftsmen.”

“Sting has that same quality. Soul Cages was exactly the same thing for me. I liked it the first time, but it was a bit esoteric. Then it grew and grew. For a period of time it was all I listened to, over and over again. I would listen to it in my car in a CD cartridge. Along with Mozart and Puccini and the Band and Muddy Waters. And it stood up on its own, amongst all those other classic things.”

In the same interview he was asked if he listened to any new music or liked anything that was on the charts (Back in 1991):

“I’m very out of step at the moment. The only thing I’ve really liked is a guy called Lee Mavers, who sings with the La’s. He’s got a stance and a style that I think is tremendous. I saw them do a thing on TV with him and an acoustic guitar and the bass player with an acoustic bass. They did that song “There She Goes,” and it was so strong.”

“I think that’s what it’s about for me. The craft I mean, the packaging leaves me cold, and so much of music today is the packaging and the presentation, the video and the promotion. You’ve got to unwrap everything to find out if the craft is there. To me, music is either good or bad if it makes me feel something. If it doesn’t make me feel anything, I’m just indifferent to it. Like Madonna is a phenomenon that I recognize, but she doesn’t make me feel anything. I can’t identify with her on any level, because all she is, is production and packaging.”

Eric Clapton is ranked second in Rolling Stone’s “100 greatest guitarists of all time” list, according to the magazine he only loses to Jimi Hendrix. Clapton sold more than 280 million records all over the world in his solo career what makes him one of the best-selling artists of all time.