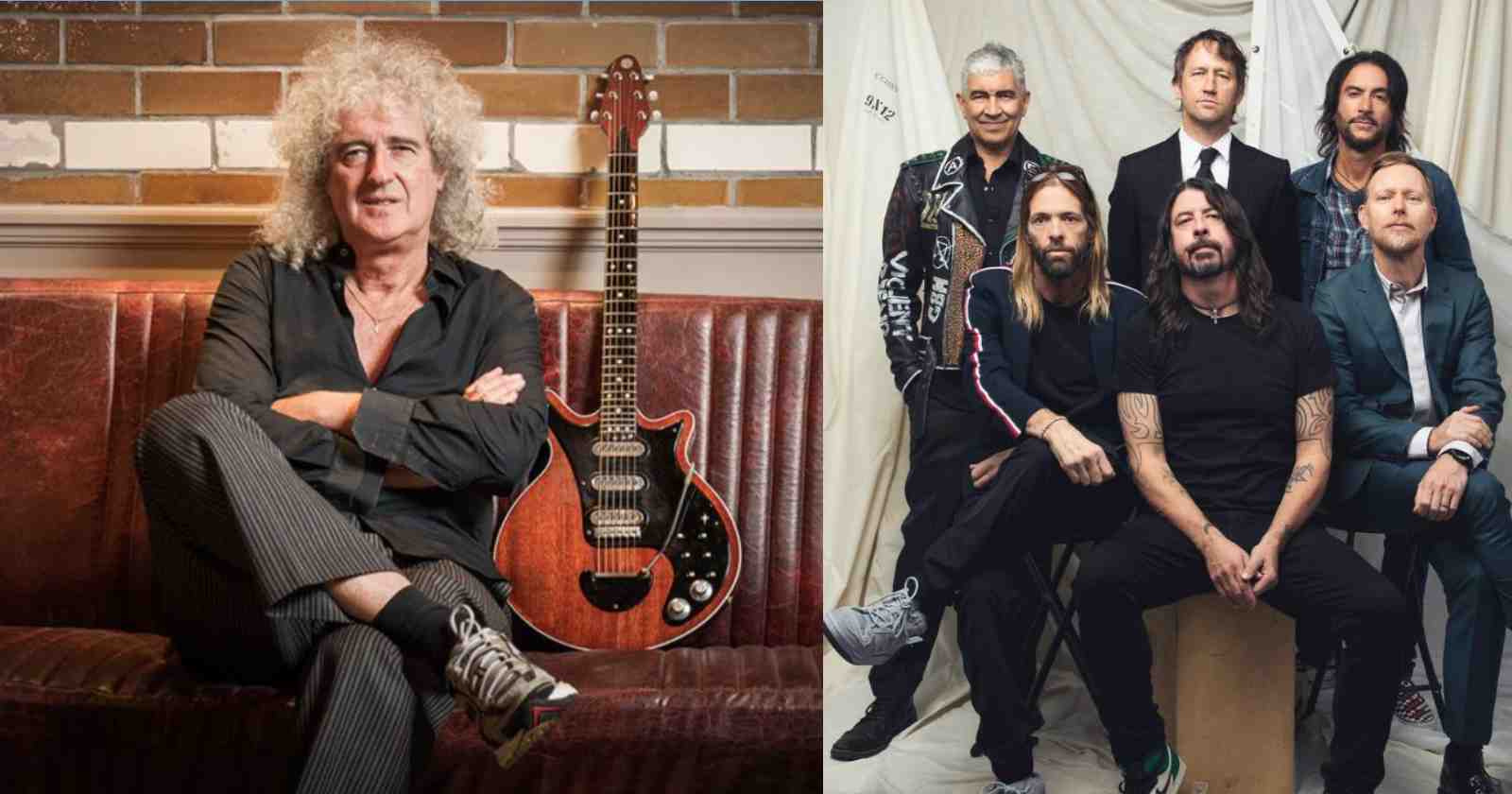 Photos by Paul Harmer and @thetylertwins

Formed in London back in 1970, Queen is one of the most influential and successful bands in history. One of the most important members of the group, guitarist Brian May, who remained active over the decades gave his opinion on many bands that came after them, including younger ones like The Foo Fighters.

Queen’s Brian May gave his opinion on the Foo Fighters, saying:

Brian May gave his opinion on the Foo Fighters in an interview with NME back in 2014, praising Dave Grohl and drummer Taylor Hawkins saying: “They’re dangerous, they keep their danger, and I think that’s great. They’re very unusual in the way it’s sort of riff-based music but very melodic as well. And you have Dave Grohl screaming melodies at you. The whole band is very accomplished. Also they have this kind of similar spirit to what we had and what we have, I suppose.”

“They’re very good friends. Taylor (Hawkins – Drummer) is a very old friend, and he’s very inspiring to me, because I sort of see a mirror in Taylor Hawkins to what what we were and what we are, I suppose.”

“When the question comes up, ‘Do you wanna tour again?’ You think, ‘Ah, my God. I have my life. It’s fairly peaceful and I have everything that I need. I wanna be with my family,’ etc. etc. But the call of the wild is there, and you think, ‘Okay, this is actually what we do. We do play music, we go out. So we take risks. We play without a safety net.’ And the Foo Fighters are exactly that. That’s what we always come back to. So we feel very close, spiritually, to the Foo Fighters.”

The American group formed by ex-Nirvana drummer back in 1994 is now one of the bands that are considered as one of the few that are still carrying the Rock and Roll flag going. They always cover songs from the artistis they like during the live shows and Queen is one of them. Drummer Taylor Hawkins goes up to the front to sing and Dave Grohl goes to the drums. Back in 2011, Brian May joined them to play Queen’s “Tie Your Mother Down” at the Itunes festival and in 2019 they had Queen drummer Roger Taylor performing “Under Pressure” on stage with them.

May is a “Monkey Wrench” fan

Back in 2002, Brian May compiled an album called “The Best Air Guitar Album In The World… Ever” and included “Monkey Wrench” in the list. The guitarist explained in interview with Classic Rock the reason why the song was chosen: “The number one criterion was, if you hear the song you have to jump up and do something. Preferably in the first 10 seconds. To me, the Foo Fighters are totally at the cutting edge of what rock music’s about today. Monkey Wrench wasn’t as big a hit as it ought to have been, but I think it had a big effect on all bands in general.”

“[With Taylor] you’ve got two of the greatest drummers in the world in that band,” says May. “And one of them plays incredible guitar, sings incredibly well and writes incredible songs. So, Dave Grohl, thank you very much and I hate you.”