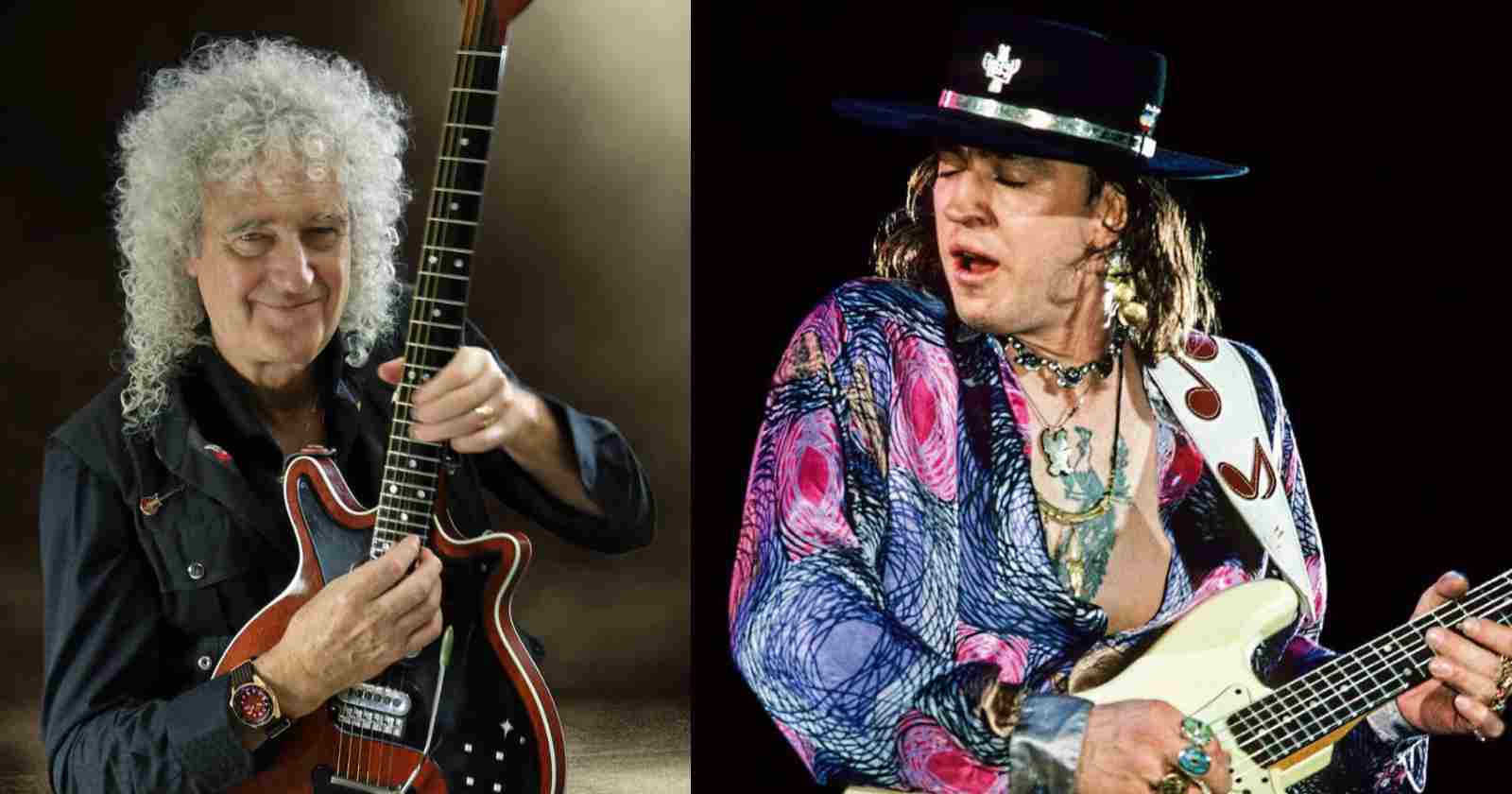 Considered one of the best Blues musicians in history, Stevie Ray Vaughan released only four studio albums, because his career tragically ended after he died in a helicopter crash at the age of 35 back in 1990. Over the decades many musicians gave their opinion on the late guitarist and one of them was the legendary Queen guitar player Brian May.

What is Brian May’s opinion on Stevie Ray Vaughan

Brian May paid tribute to Stevie Ray Vaughan posting on his Instagram page back in 2019 a small clip of the Blues guitarist playing a guitar solo and said: “Ow ow ow !!! Listen to those wonderful juicy notes !! This is a man to stan ! This is the kind of guitar playing that melts me. Stevie Ray Vaughan, lost in a world of his own. He allows his fingers to be a channel for the burning passions inside him.”

“Like Jimi Hendrix, he effortlessly makes his guitar sing to us, speak to us of wonders beyond words. Even with both hands behind his back !!!! I so wish I had met SRV. But one of the favourite moments in my life was when one of his friends told me, after he was gone, that he liked my playing. But this man was truly one of guitar playing’s greatest champions. An elemental monster. Check him out, all ye who would bend strings !!!”

May also praised the Texan guitarist when he talked with Guitar World in 2020 when he was elected by the readers of the magazine the best guitarist of all time. The musician thanked the award but listed some great players that could have won: “I think when people see this poll, I can see the comments saying, ‘Well, what about Stevie Ray Vaughan?’ And they’re all going to be right. You know, ‘Where’s Steve Vai? Where’s Joe Satriani?’”

“It’s true because there’s such an amazing rainbow of players that, really, you don’t want to be putting them in any kind of hierarchy. You just want to be enjoying the special stuff that they bring. Anyway, I’m hugely happy! Maybe that’s contradictory, but that’s the way I feel,” Brian May said.

He then formed his own group Triple Threat Revue. But he renamed them Double Trouble after hiring drummer Chris Layton and bassist Tommy Shannon. He gained fame after his performance at the Montreux Jazz Festival in 1982. His debut studio album Texas Flood charted at number 38 in 1983. It was a commercially successful release that sold over half a million copies. Vaughan headlined concert tours with Jeff Beck in 1989 and Joe Cocker in 1990.