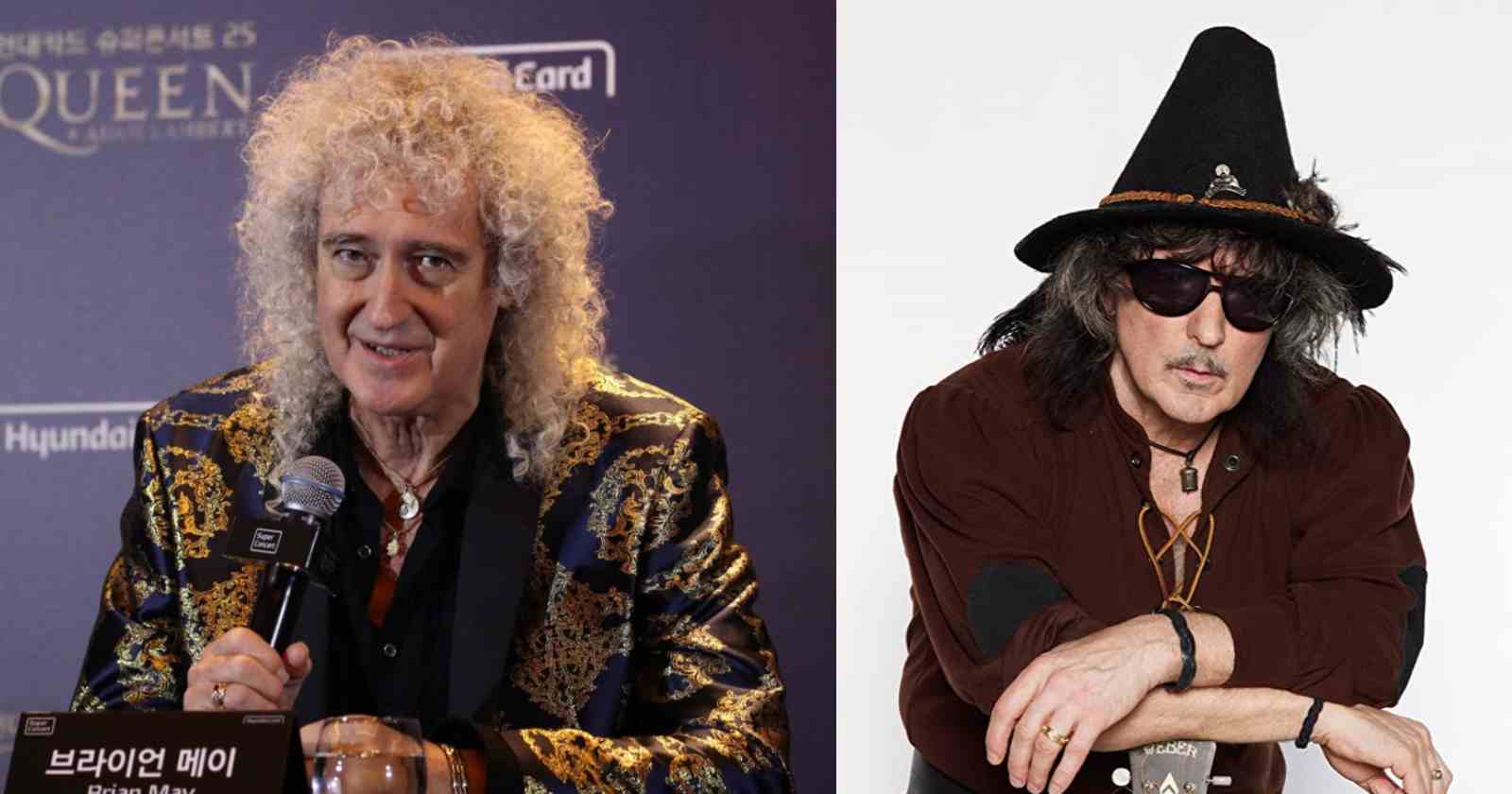 Born in Somerset, England back in 1945, Ritchie Blackmore became one of the most influential guitarists of all time, first achieving fame as a member of Deep Purple and then with his own band Rainbow. Over the decades many of his peers talked about his importance for Rock and Roll music and one of them was the successful and praised Queen guitarist Brian May.

What is Brian May’s opinion on Ritchie Blackmore

Brian May was interviewed for the documentary “Ritchie Blackmore Story” (2015) and he praised the musician, saying (Transcribed by Rock and Roll Garage): “He’s a fireball, you know. He really is beyond belief. His technique is incredible. Where did that come from? I have no idea. And this is before Hendrix. Ritchie really is a great originator and creator of the wild electric guitar.”

“No, it’s not just speed (That is Blackmore’s secret). There is a lot of people that can play fast now. But they can’t be Ritchie Blackmore.”

“I think Ritchie will be remembered as a somebody wild and untamed to the end of his days. I think that’s a magnificent thing to be. When people get things all in perspective, Ritchie will be right there as one of the cornerstones of what Rock and Roll is today.”

In the same interview he talks about how every kid in the world can play the famous riff of Deep Purple’s “Smoke On The Water”, but nobody actually can play it like Blackmore plays.

Rainbow was founded by Ritchie Blackmore in 1975 after he left Deep Purple and the band first achieved fame with Ronnie James Dio on vocals. But Brian May revealed in an interview with My Planet Rock‘s Liz Barnes back in 2013 (Transcribed by Rock and Roll Garage) that one of his favorite tracks of the band was with Graham Bonnet on vocals.

He was asked to pick a really good guitar track and he said:  “Okay, what has opped into my head is ‘Since You’ve Been Gone’, because I think is a quintessential. I suppose you call it Pop Rock in a sense, you know. But it’s uncompromising, it’s a great song and it’s brilliantly played. I mean, the drums, my dear friend Cozy Powell of course, long gone and I worked wit him and it was a wonderful experience working with that guy.”

“Since You’ve Been Gone” was originally composed by the former Argent guitarist Russ Ballard and first released on his 1976 album “Winning”. Rainbow covered the song on “Down To Earth” (1979) their first and only album with Graham Bonnet on vocals. At the time the track peaked at number 6 on the UK Singles chart and 57 on the US Billboard Hot 100.

Besides being one of the most influential guitarists in history, Ritchie Blackmore is also known for his temper and grumpiness sometimes. Brian May, who had the late legendary drummer Cozy Powell on his solo band from 1991 to 1994, recalled in the documentary  “Ritchie Blackmore Story” (2015) that Cozy, who was Rainbow’s drummer for 5 years, told him that Blackmore could be someone really hard to work with.

“I think Cozy (Powell) was a perfect foil for Ritchie and I know even Cozy found it hard at times. Cozy used to tell me, ‘He ain’t easy, you know’. But I think Cozy had such a respect for Ritchie and likewise the other way around. So I think it was a great combination”

“I’ve seen Ritchie lose it with someone. I better not say who it is. But it was very explosive. He doesn’t suffer people to be fools. And I know Ritchie can ben quite physical.”

“I love ‘Since You’re Been Gone’. It’s uncompromising and it has a the perfcet element of pop, which is you can sing it and it’s in your head all day. It’s passionate, it has a real tug on your emotions. But Ritchie’s in it and Ritchie is powering the whole thing (on guitar). The under solo is just brilliant. They did the immortal version of it,” Brian May said.

What Blackmore said about May and Queen

Ritchie Blackmore is also respectful about Queen and Brian. In the documentary “Ritchie Blackmore Story” (2015) he praised the band and recalled the first time he heard them (Transcribed by Rock and Roll Garage). “Queen, I first heard them doing a song about a train, this is about 1974 or 1975. I can’t remember the title but I was very impressed with the guitar playing and of course the singing. I’ve noticed that Freddie Mercury has a cross between Ronnie Dio and almost like an opera operatic type of voice. To me he was a true star, he knew exactly how to milk an audience, what a musician.”

“Some of the stuff they put down all those four part harmonies… very, very clever stuff. And of course there’s Brian, who is probably one of the nicest guys in the business, a brilliant guitar player to boot. I’ve worked with Brian on other stuff and he is such a nice man. He is a bit too tall but he can’t help that. Wonderful band, excellent band and I was very surprised that they did so well in America,” Ritchie Blackmore said.