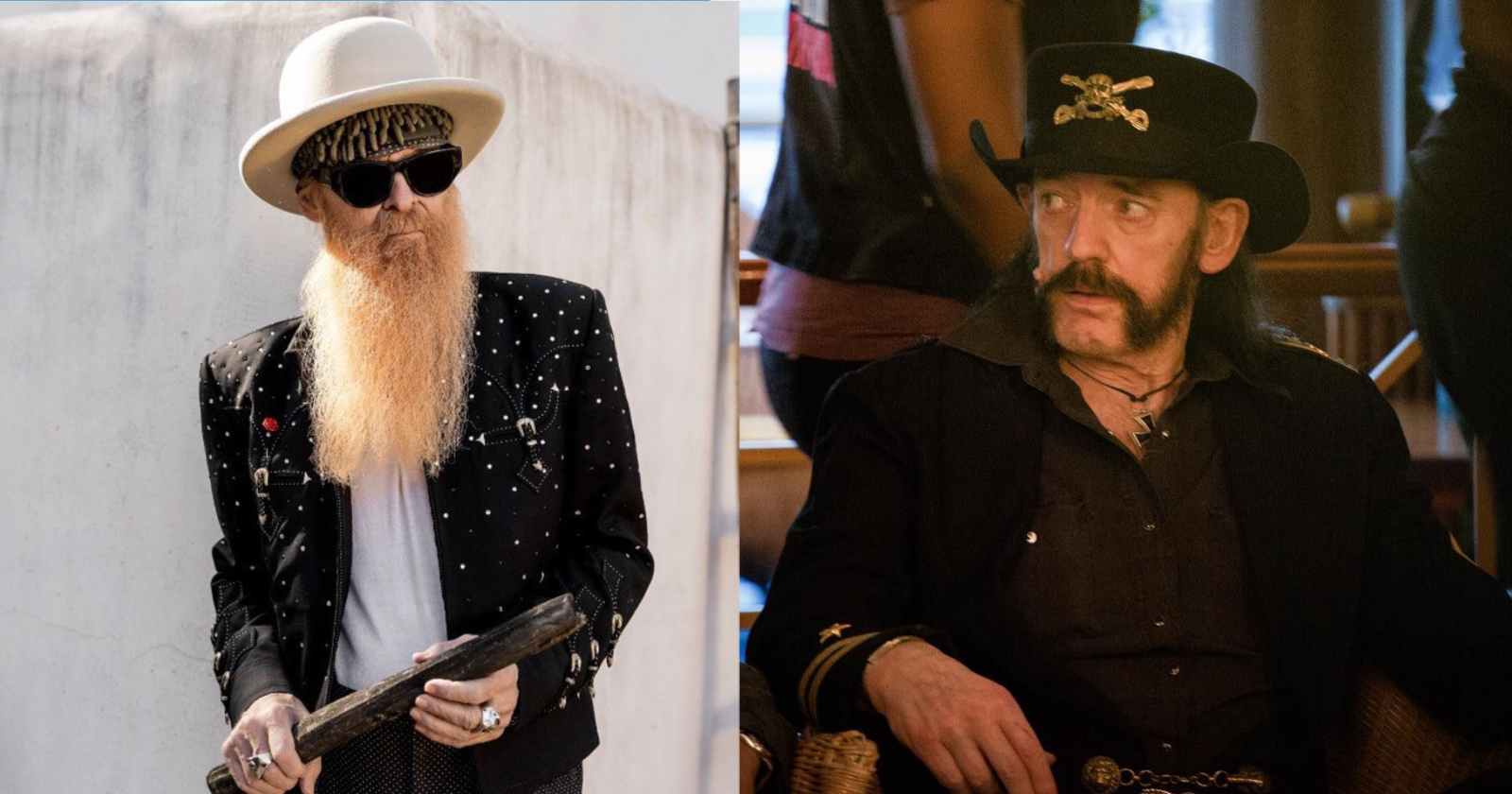 Two of the most important Rock and Roll bands of all time, Motörhead and ZZ Top inspired a whole generation of musicians. Over the decades, Billy Gibbons, the guitarist and singer of the American group gave his opinion on Motörhead and Lemmy Kilmister.

What is Billy Gibbons’ opinion on Motörhead and Lemmy Kilmister

In an interview with The Quietus back in 2016, ZZ Top’s Billy Gibbons was asked to list his 13 favorite albums of all time and one of the records he mentioned was Motörhead’s “Bad Magic” (2015). “Motörhead on the other hand are very much included in that heavy metal thing. My tribute to Lemmy would be that he was genuine, through and through. He never posed behind any manner of falsehood. He was exactly what he stood for: a rock & roller through and through. I once heard it said that he caught one of his sons, he caught his youngster extolling the virtues of speed. Lemmy said: ‘Naw, don’t get too much behind speed. What you want is weed!'” Billy Gibbons said.

The first time he heard Motörhead

Back in 2018, Gibbons recalled in interview with Spiegel when he discovered Motörhead and talked about Lemmy being Jimi Hendrix’s roadie: “Lemmy was once a roadie at Jimi Hendrix’s, so there’s a parallel. I first noticed him and Motörhead when they posed like three sinister bandits in the desert sand on “Ace Of Spades”. I thought the picture was so cool that we copied it a year later for our album “El Loco”. Lemmy was the best ambassador rock and roll could have, a straight guy. I’ve always admired him very much.”

Released in 1980, Motörhead’s “Ace Of Spades” is the most successful album of the group peaking at number four on the UK Albums Chart and reaching gold status in the UK by March 1981. Released one year later, ZZ Top’s album “El Loco” mentioned by Gibbons reached Gold RIAA certification in the United States with more than 500.000 sales. Also had the hit “Tube Snake Boogie”.

Interview with Forbes back in 2018, Gibbons recalled Lemmy when asked about the Chuck Berry “Run Rudolph Run” cover he recorded with the British bassist and Dave Grohl. “Lemmy and I were good friends and had a sincere mutual admiration of many things across many subjects. We always enjoyed it when he came to hang out with ZZ Top and vice versa. Any time with Lemmy, on tape or in person, was time well spent.”Although they are together in the song they were not in the studio playing in the same day.

In an recent interview with Defenders of the Faith in 2021, he also praised Lemmy, saying that nobody’s life was more Rock and Roll than Lemmy’s: “Lemmy was a true friend. We shared a mutual admiration from the first time we met. Lemmy was nothing if not loyal and truthful. He knew who he was and never tried to be anything or anyone else. Although he’s gone, he’ll never be forgotten. There was nobody whose life was more rock ’n’ roll that Lemmy’s.”

Lemmy was happy when he met ZZ Top

Lemmy Kilmister was also a big ZZ Top fan as he recalled when asked in an interview with Relix back in 2011 the last time he was starstruck: “Not many, actually. Let’s see now – you know what, I don’t remember being starstruck for years. ZZ Top – I know them now – but the first time I met them I was pretty starstruck.”

In 1980, Motörhead released the EP “Beer Drinkers and Hell Raisers” and one of the tracks as a cover from the ZZ Top of the same name.

Lemmy Kilmister died back in 2015 at the age of 70 at his home in Los Angeles, California, on December 28. He was victim of a aggressive prostate cancer, cardiac arrhythmia and heart failure. The vocalist had been suffering from diabetes and other health problems for several years.