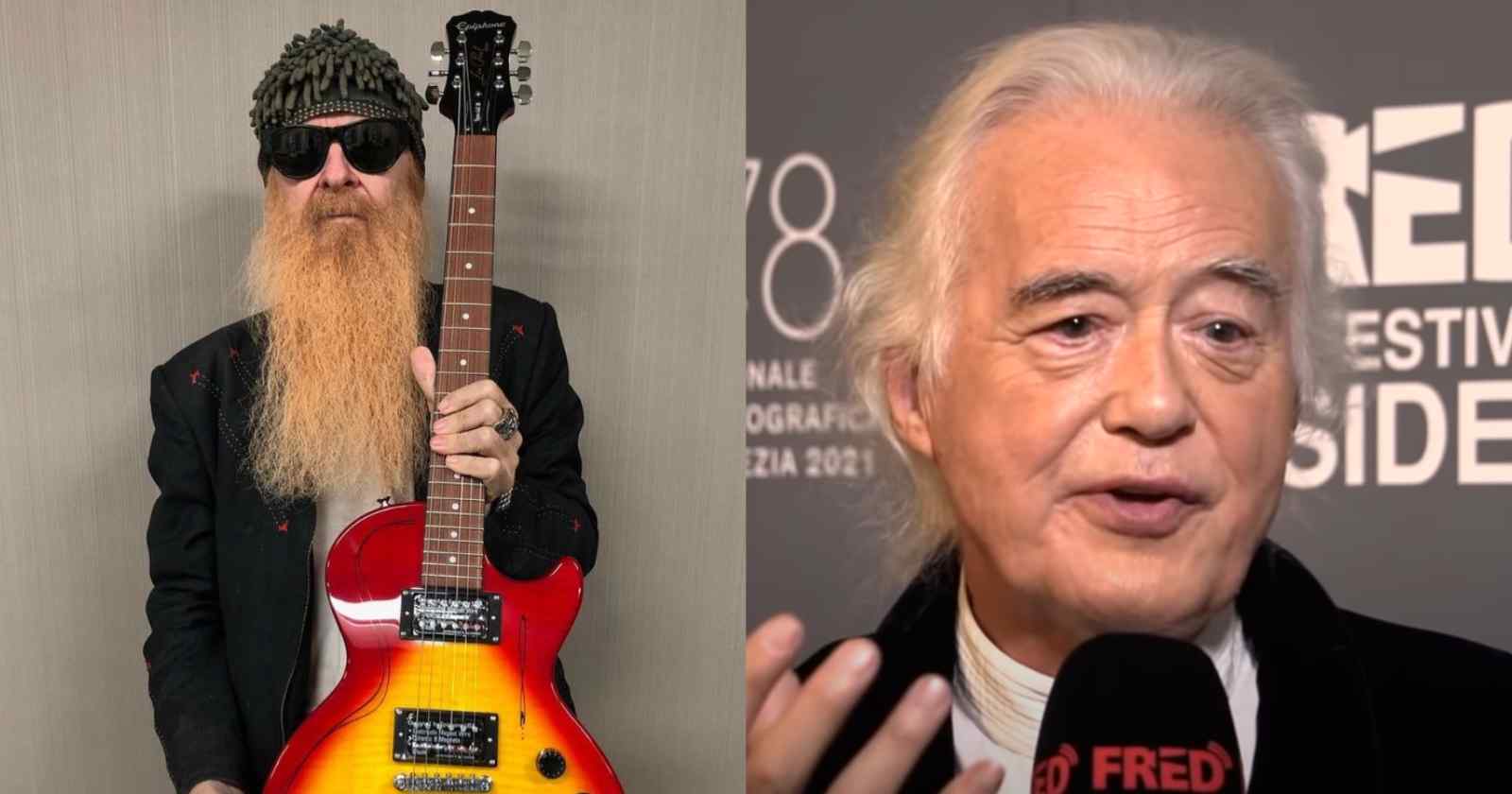 One of the most important Blues Rock bands in history, ZZ Top, led by guitarist and singer Billy Gibbons influenced a whole generation of musicians and appeared at the same time as Led Zeppelin, the British band that mixed Blues Rock with Hard Rock music.

Over the decades, Gibbons talked about many bands and musicians, including Led Zeppelin and guitarist Jimmy Page.

What is Billy Gibbons opinion on Jimmy Page and Led Zeppelin

In an interview with Music Radar in 2018, Billy Gibbons listed the Led Zeppelin founder Jimmy Page as one of the guitarist who blew his mind, saying: “There’s the collection of great guitar players from Britain. Keith Richards, Jeff Beck, Jimmy Page, Mick Taylor, Peter Green, Mick Abraham. I’d call all of this the British block in my list.”

“Jimmy Page is one of the greatest. I would invite all of you readers to go check out the nightclub scene from the 1966 movie Blowup, where The Yardbirds are playing. They had Jeff Beck and Jimmy Page at the same time! Listening to the band doing Train Kept A-Rollin’… it’s just ferocious. Both of those guys had tone for days.”

Jeff Beck, the other famous guitarist that played in The Yarbirds is a big fan of ZZ Top’s music and Billy Gibbons playing and his favorite song of the group is “Rough Boy”, released in the group’s 1986 album “Afterburner”.

What is Jimmy Page’s opinion on ZZ Top

Led Zeppelin guitarist Jimmy Page doesn’t talk often about other musicians and bands but he gave his opinion in an interview back in 1986 with Guitar World about ZZ Top. At the time, Page was playing with the supergroup The Firm, that also had Paul Rodgers, Chris Slade and Tony Franklin.

When asked if he liked doing videos for the songs, he recalled ZZ Top’s video for the song “Rough Boy” and talked about the band, saying: “I think that’s what rock ‘n’ roll is all about. So they really are incredible. They have great music, really fine playing, really solid. they have a sense of humor as well.”

“They’re damn fine. And everyone is enjoying it and they’re enjoying themselves. So as far as their videos go, every one has been a winner, hasn’t it? But I must admit I haven’t had that much to do with videos.”

Billy Gibbons was inducted into the Rock and Roll Hall of Fame as a member of ZZ Top back in 2004 by Keith Richards, who said in his speech: “These cats know their Blues and they know how to dress it up”.

Jimmy Page was inducted 9 years before, in 1995 as a member of Led Zeppelin, by Aerosmith singer Steven Tyler and guitarist Joe Perry. In his speech, Perry defined Zeppelin saying they were: “pure chemistry, kind of like Howlin’ Wolf meets the Loch Ness monster.”