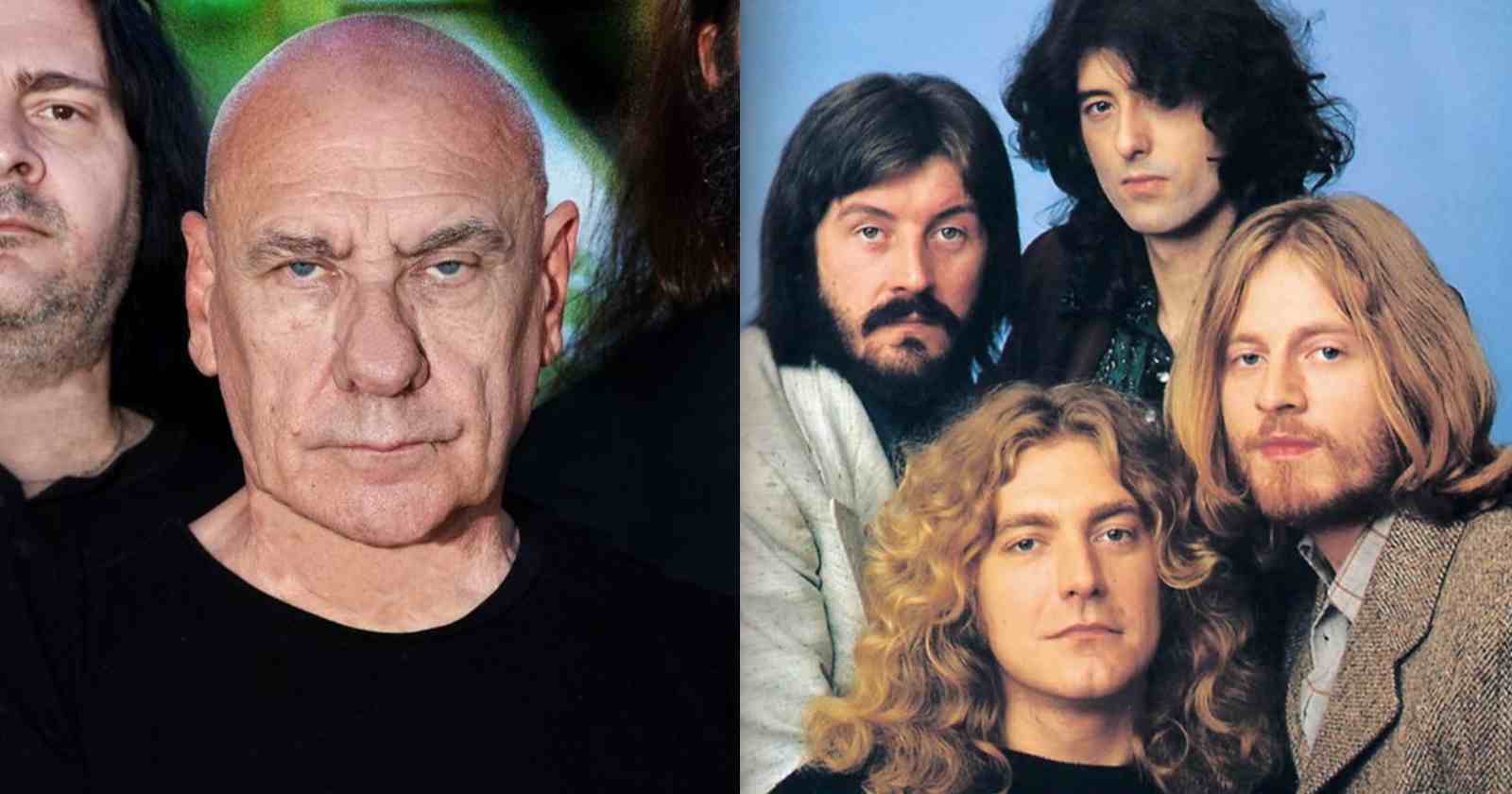 Led Zeppelin and Black Sabbath were two of the most influential groups in the history of music that made Rock and Roll heavier and inspired many other bands throughout the decades. Drummers John Bonham and Bill Ward were crucial parts of their bands sound and helped them to create albums that transformed Sabbath and Zeppelin as two of the best-sellings groups of all time.

Over the years the legendary Sabbath drummer Bill Ward talked about many of his peers, including the late John Bonham, who tragically died at the age of 32 back in 1980. Both musicians knew each other before fame, since they were teenagers.

Bill Ward, who was part of all the best-selling Black Sabbath albums, like “Paranoid” (1970), “Master Of Reality” (1971), “Sabbath Bloody Sabbath” (1973) and “Heaven & Hell” (1980), is a big fan of John Bonham’s drumming.  In an interview with DJ Nurse Annabella on Lava Lamps & 8-Track Theatre show on the last decade, Ward talked about his late friend and praised his skills, saying (Transcribed by Rock and Roll Garage): “I never called him Bonzo, I used to call him John. I have really, really good memories.”

“Besides being a brilliant drummer, when he was really young, when he was 16, I would watch him play. We were both playing drums by the time we were 16 years-old. When he played I thought he was playing out of time because I would hear his bass drum kind of doing these really odd hits. I didn’t understand what he was talking. I couldn’t understand how his drums were talking to me.”

“It took me at least one year to understand that he was talking in a completely different language. Then I got it and I just woke up to it. I went ‘Oh my God. I don’t believe that he is doing this’. And I didn’t really heard a lot of the big bands drummers do it, I hadn’t heard anybody in Rock do it before him. Not quite how he was doing it. I am talking about his bass drum work, specifically. I just watched and went ‘Oh my god, I don’t believe this guy!’.”

Bill Ward continued explaining the main difference between him and Bonham in terms of playing:

“He was leading, for a lot of other people to walk down that path. He is not only an innovator but he was a brilliant time keeper. And He has left an imprint and he really is, for every drummer that wants to be a drummer, (someone) to listen to. If you want to know something about drums then you have to listen to John Bonham, especially his foot work. His foot work is decisive and it’s just so pure in how he is laying it all down.”

“So from there, I would call sometimes awkward counterpoints of when we were both 16 years-old he transformed into all the stuff he played in Led Zeppelin’s first album. I was learning a little bit more Jazz, I was learning to hit harder and I was always trying to focus on counterpoint bass drum, triplet bass drum work. My journey was much slower and then Bonham in terms of his accuracy and his finesse.”

During the same conversation the musician was asked if he ever met The Who‘s Keith Moon and he said he didn’t but he was hoping to meet someday and laughed.

John Bonham was also known for also for his heavy hand when playing the drums and Bill Ward already recalled that Bonham’s strong bass drum existed since he was a teenager. Back in 2014 the Black Sabbath drummer was presented with “Lifetime Achievement” award at the “Bonzo Bash“, that was an event to celebrate Bonham’s legacy. The musician said a few words about the musician (Transcribed by Rock and Roll Garage) and recalled what was like to be in front of Bonham’s drums when he was playing: “The first thing I noticed was his feet. He played funny drums, he played a funny one that I could never figure it out.”

“I want to tell you a little story about when we were about 16 years-old. John and I played in different bands. He used to test his bass drums and I used to go up there with him to the club we were going to play.”

In 1973 when Black Sabbath was recording the album “Sabbath Bloody Sabbath“, Led Zeppelin went to see their friends in the studio. As guitarist Tony Iommi recalled in a conversation with Rolling Stone back in 2011, Bonham wanted to play with them “Supernaut”, his favorite song of the band. However, Bill Ward usually didn’t allow the Led Zeppelin musician to play his drums because he would hit them so hard that would break the instrument.

“They came down to one of our sessions. I think we were recording at Battersea in London. That was the end of our session, and then we just started jamming. It was good fun. John wanted to play one of our songs, ‘Supernaut.’ We started playing that, and then we just jammed about. But the thing was, in the early days, John would want to come up and play with us. But Bill wouldn’t let him play his kit.”

“John did get up on one occasion, and broke Bill’s kit. It was in the early days and Bill couldn’t afford to buy new cymbals and snares. Of course, after that, John would come along, and say, “Can I have a go on your kit, Bill?” And he’d go, “NO!”

The first meeting between Bill Ward and John Bonham

Bill Ward’s first recollection of meeting the late Led Zeppelin is from 1964, when he was 16 at the Wharf Pub in Ombersley, Worcestershire. As Ward recalled in an interview with Drum Magazine, at the time Bonham was a member of the The Crawling King Snakes, that played popular songs of the era. Ward said he also used to see him “Sometimes on trips to Drum City, the Birmingham city-centre shop owned by BBC Light Jazz Orchestra drummer Mike Evans. I’d bump into Bonham, along with other fine drummers.”