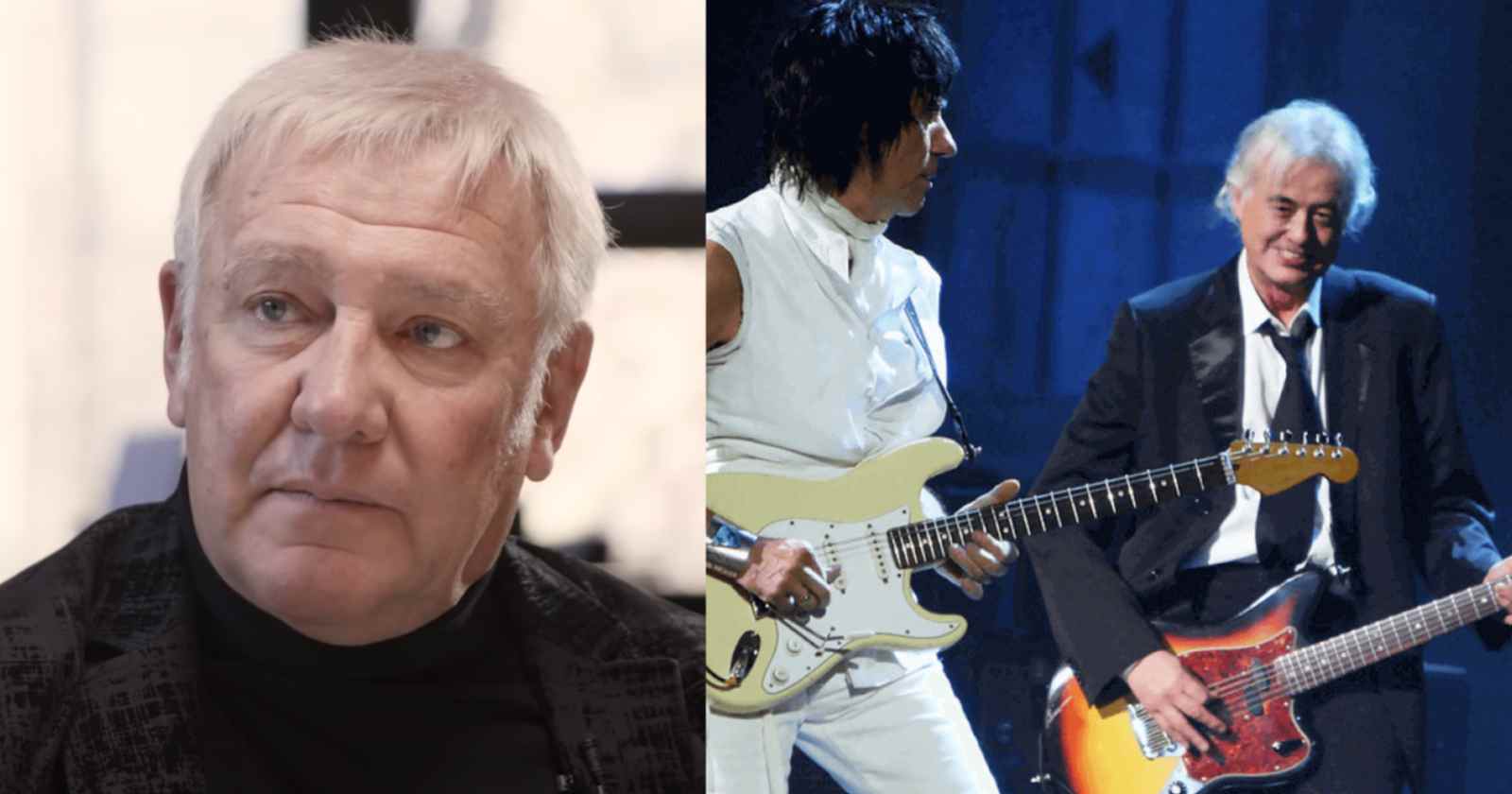 After playing together in The Yardbirds, the guitarists Jimmy Page and Jeff Beck went on to have successful careers, Beck pursuing a solo work and Page creating Led Zeppelin. Over the decades many guitar players talked about the two British musicians and gave their opinion on them and Rush guitarist Alex Lifeson was one of those players that talked about Beck and Page.

Jeff Beck is one of the biggest Alex Lifeson influences on guitar as he revealed in interviews over the years. In an interview with Guitar Tricks Insider back in 2018 he listed the 5 albums that are some of his favorites of all time and one of them was the 1968 Jeff Beck album “Truth”. When asked by Guitar World back in 2009 to list the songs that were important to shape Rush’s sound, Lifeson named the Jeff Beck solo career version for The Yardbirds “Shapes Of Things” as one of the most important, saying: “Another song we covered on Feedback. Jeff Beck has a tone like no one else, maybe because he doesn’t play with a pick very much. He also has a very strong left hand and can move the strings almost effortlessly.”

Another guitarist that first achieved fame with The Yardbirds was Jimmy Page who created Led Zeppelin right after the group ended. Page is one of Lifeson’s favorite guitar players and the Canadian musician had the chance to see Zeppelin live in concert at the age of 16 with his friend Geddy Lee (Rush bassist and vocalist) and the group’s ex-drummer John Rutsey.

In a conversation with Sirius XM Classic Vinyl Influences show (Transcribed by Rock and Roll Garage) back in 2013, Lifeson listed the 10 songs that influenced him the most and one of them was Zeppelin’s “How Many More Times”. The musician explained his admiration for Jimmy Page, saying: “Led Zeppelin were an enormous infleunce and Jimmy Page particularly, for me was probably the biggest influence on me as a budding guitarist.”

“When that first record came out in early in think 1969, or was in the fall of 68 in Canada, I remember going down to the record shop and standing in line, waiting to get a copy, because it was only available on import. I immediately went over to get it and we sat down and listened to it a million times over.”

In an interview with Gibson back in 2014, he recalled that he acted like a kid when he first had the chance to meet Page, saying: “I met Jimmy Page at a Page/Plant concert in Toronto in 1998. I was acting like a kid, all googly eyed, I was freaking out and my hands were shaking. I was so thrilled to meet him because his work meant so much to me.”