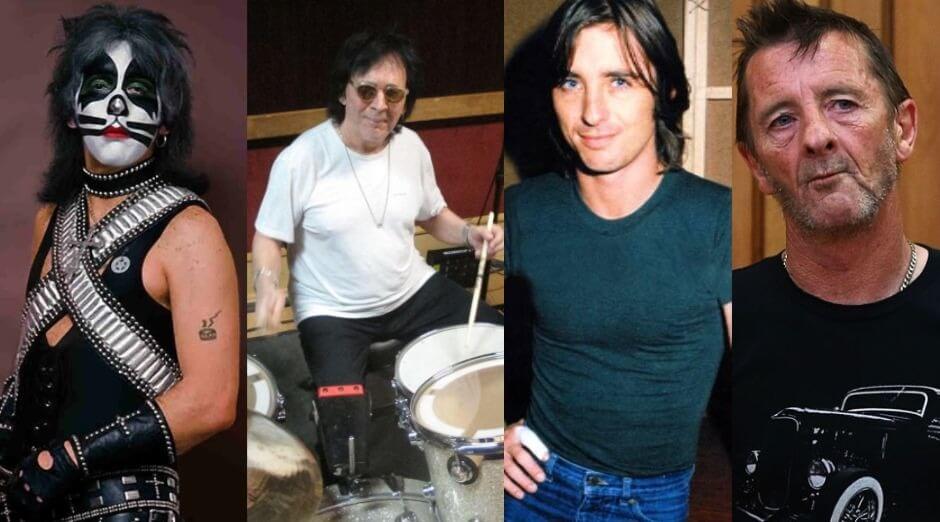 Almost all the members of the hard rock bands of the 70s had long hair, bell-bottom pants and beards/mustaches. It was the birth the amazing rock and roll subgenre. Many drummers that became famous at that time are still playing today. But, their look has changed a lot 40 years later.

What Hard Rock drummers from the 70’s look like nowadays 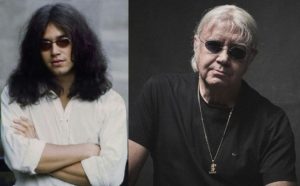 Ian Paice was born June 29, 1948 in Nottingham. The British drummer is the only Deep Purple member that was on the original lineup. His first contact with music was playing the violin, but at the age of 15, he chose the drums as an instrument. He started his career as a drummer playing in his father’s Dance band in the early 60’s. Then he joined another musical project called “Georgie & the Rave-Ons”, until he founded Deep Purple. 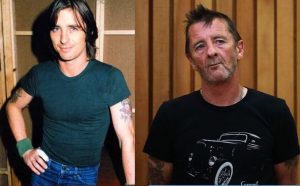 Phil Rudd was born in Melbourne, Australia in May 19, 1954. He joined AC/DC in 1975 and left in 1983 after a disagreement with Malcolm Young. Another reason associated with his departure was drug and drink addictions. Phil has a good beat in his drumming style, with a lot of control over the rhythm of the music. He usually conducts music in a simple but well executed way, mixing blues beats. His playing style is unique, and a hallmark of the AC/DC sound. He returned to the band in 1995 and left them in 2015 again. 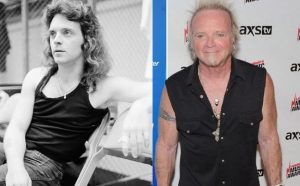 Joey Kramer was born in New York, June 21, 1950. The American is known for his work with Aerosmith. He is the only drummer Aerosmith has had and has been part of the band since its formation in 1970. Also was affectionately nicknamed “Kramedog” by his bandmates, appearing in a dog’s body in Pink’s music video. He is the son of Mickey Kramer, a soldier and salesman, and Doris Shwartz, a former army nurse. From a very young age he listened to music to distract himself. At the age of 14, he saw the Beatles on TV and decided he wanted to be a musician, forming his first band, The Dynamics. 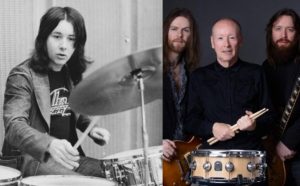 Brian Michael Downey was born in January 27, 1951, in Dublin, Ireland. He is best known as the drummer and co-founder of Thin Lizzy. Along with Phil Lynott, Downey was the only constant member of the pioneering hard rock group until its dissolution in 1984. Downey also co-wrote some songs for Thin Lizzy. He is often considered one of the most underrated rock drummers of his generation. 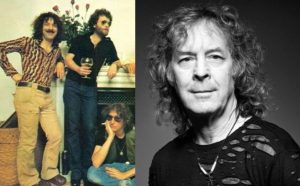 Bouchard was born in Watertown, New York and grew up in Clayton, New York. He is one of the founding members of Blue Öyster Cult and a driving force through the band’s first decade. He is the brother of former Blue Öyster Cult bassist Joe Bouchard.

In 1981, Bouchard left Blue Öyster Cult and began to work on the music that would become the Imaginos record. In the late 1980s, he performed with The Mamas & the Papas, Herman’s Hermits with Peter Noone and the Spencer Davis Group with his brother Joe. 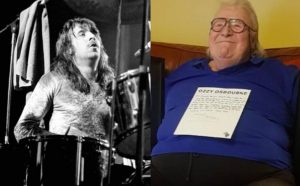 Lee Kerslake was born April 16, 1947 in Winton, Bournemouth, Dorset, England. The English musician, best known as a longtime drummer and supporting vocalist for the band Uriah Heep, and for his work with Ozzy Osbourne in the early the 80s.

In the late 1960s and early 1970s, Kerslake played with a band called The Gods, releasing three albums. He then joined Uriah Heep in November 1971, and left the band in October 1979, after the album Fallen Angel. Returning to the band in April 1982, in the classic Abominog. He also played on David Byron’s and Ken Hensley’s solo albums, among others. In December 2018 doctors had given him eight months to live as a result of terminal cancer. But, almost two years later he is alive and well! 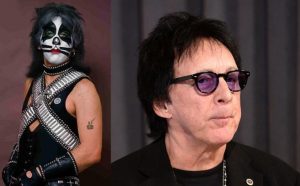 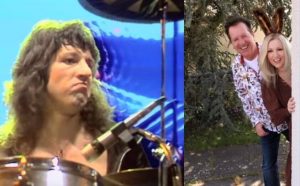 Herman Rarebell was born 18 November 1949. The German musician is best known as the drummer for Scorpions from 1977 to 1995, during which time he played on eight studio albums. Aside from playing drums, Rarebell wrote or co-wrote several songs for the group such as “Another Piece of Meat”, “Falling in Love” and “Passion Rules the Game”. He composed the lyrics for some of the band’s most well known songs such as “Rock You Like a Hurricane”, “Make It Real”, “Dynamite”, “Blackout”, “Arizona”, “Bad Boys Running Wild”, “Don’t Stop at the Top”, and “Tease Me Please Me”. 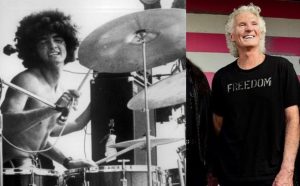 Don Brewer was born September 3, 1948 and is best known as the drummer, co-lead vocalist and only constant member of Grand Funk Railroad. He is the son of Clara Eileen (née Waterman) and Donald A. Brewer. 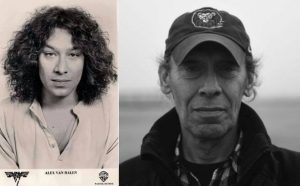 Alex was born May 8, 1953 in the Netherlands. He is the co-founder of Van Halen, along with his brother, guitarist and keyboardist Eddie Van Halen. Both Van Halen brothers studied classical piano in childhood. Although Alex is known as a drummer, he started his aspirations for the musician playing the guitar, with his brother Eddie playing the drums. 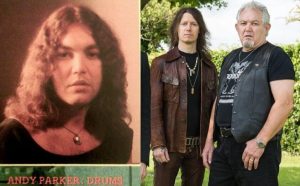 Andy Parker was born 21 March 1952 in Cheshunt, Hertfordshire, England. Parker began drumming when he was only 7 years old. Ten years later, he started his first rock band with high school friends Phil Mogg and Pete Way called UFO. He joined the group at the age of 16 in 1969.

While he joined the band, he recruited guitarist Mick Bolton. Later as the group was gaining momentum, Parker and Mogg started having “run-ins” with Bolton and fired him shortly after. Parker, Mogg, and Way then needed a guitarist and recruited German future virtuoso Michael Schenker.