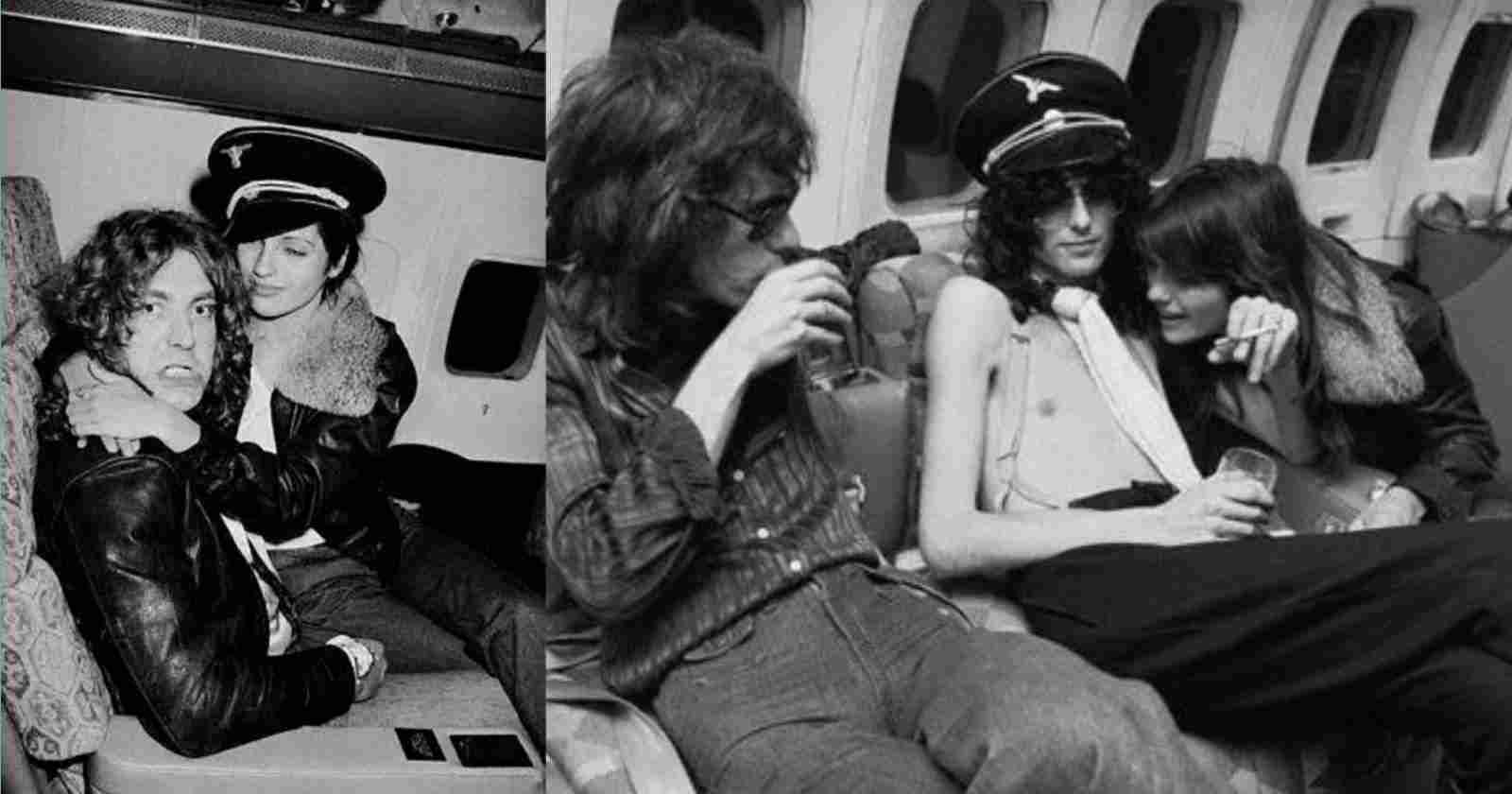 Led Zeppelin manager Peter Grant is a big part of the band’s history and myths. Known for his agressive behavior and for protecting the band at all costs he shared some stories in an intervew back 1990 with Classic Rock magazine about his years with Jimmy Page, John Paul Jones, John Bonham and Robert Plant.

What happened on Led Zeppelin’s plane according to manager Peter Grant:

Talking of ‘alleged’ excess, what was life like aboard the ‘Starship’ (the customised Boeing 720) that Led Zeppelin used to travel between gigs in the US? 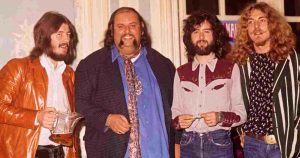 “Wonderful! Before that we had a nine-seater Falcon jet, which was a tremendous plane. We used to fly to every gig, into the limo, police escort, do the gig, do the encore and then – no changing, bang! – to the plane. I mean, it’s wonderful isn’t it, having your own plane?”

“But they had to sit opposite each other all the time. And of course, there were rows, but they never lasted more than two or three hours a night. Somebody might get chinned by one of the others, having punch-ups between themselves. I mean, Bonzo and Robert were famous for that.”

“The first time in Japan, in 1970, Robert went on with a split lip for the encore every time. And this was an argument over something they did in the [pre-Zeppelin band] Band Of Joy – Robert wouldn’t pay Bonzo £37 for petrol or something,” Led Zeppelin manager Peter Grant said. 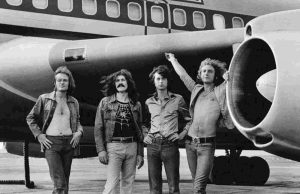 “The thing is, in all seriousness, on that small plane you were too in that ‘cocoon’. And then the ‘Starship’ came along. Which was only $14,000 more, because they [Boeing] wanted the publicity and that kind of thing. And we thought, well why not? We’ll have a 720.

“And I do get lucky. The first day, in Chicago, they’d parked it next to [Playboy founder] Hugh Hefner’s plane, hadn’t they? And all the press were there, and somebody said to me: ‘Well how do you think it compares to Mr Hefner’s plane?’ I said: ‘It makes his look like a Dinky toy.’ Boomph – press everywhere. Headlines everywhere.

“I mean, it’s pretty good: here’s a rock’n’roll band from England flying around with a plane that they said was better than Air Force 1 – the President of the United States’ plane! What do they take – 130 people? We had 35 people in it. There was a wonderful Hammond C3 organ built into the bar and all that – Jonesy playing it. We used to do the hokey-cokey coming off the plane and all that. Terrific!” Led Zeppelin manager Peter Grant said.

It was during the ‘Starship’ days, of course, that the now legendary allegations of ‘excess’ in the Led Zeppelin camp got on a real roll. 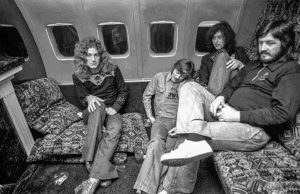 “There was a journalist in Los Angeles, who every time used to get cakes thrown on him. I mean he was such a prat. And I realised he liked it. I went up to this fella and I said: ‘Are you ready for it this year? What would you like?’ And he said: ‘I’d like really soggy hamburgers with lots of tomato ketchup, right in my face.’ And he was serious. He was serious! And I said: ‘Okay, you’ve got it.’

“Some of the stories [of excess] were blown up. But, as Bonzo said in the Observer: ‘You can’t come off stage and go back to your hotel and have a cup of hot chocolate and watch telly,’” Led Zeppelin manager Peter Grant said.

Presumably, then, most of the stories of excess were at least based on elements of truth?

“Yes, of course. [His grin broadens into a wide smile] The excess was fantastic!”

Was it just one big party?