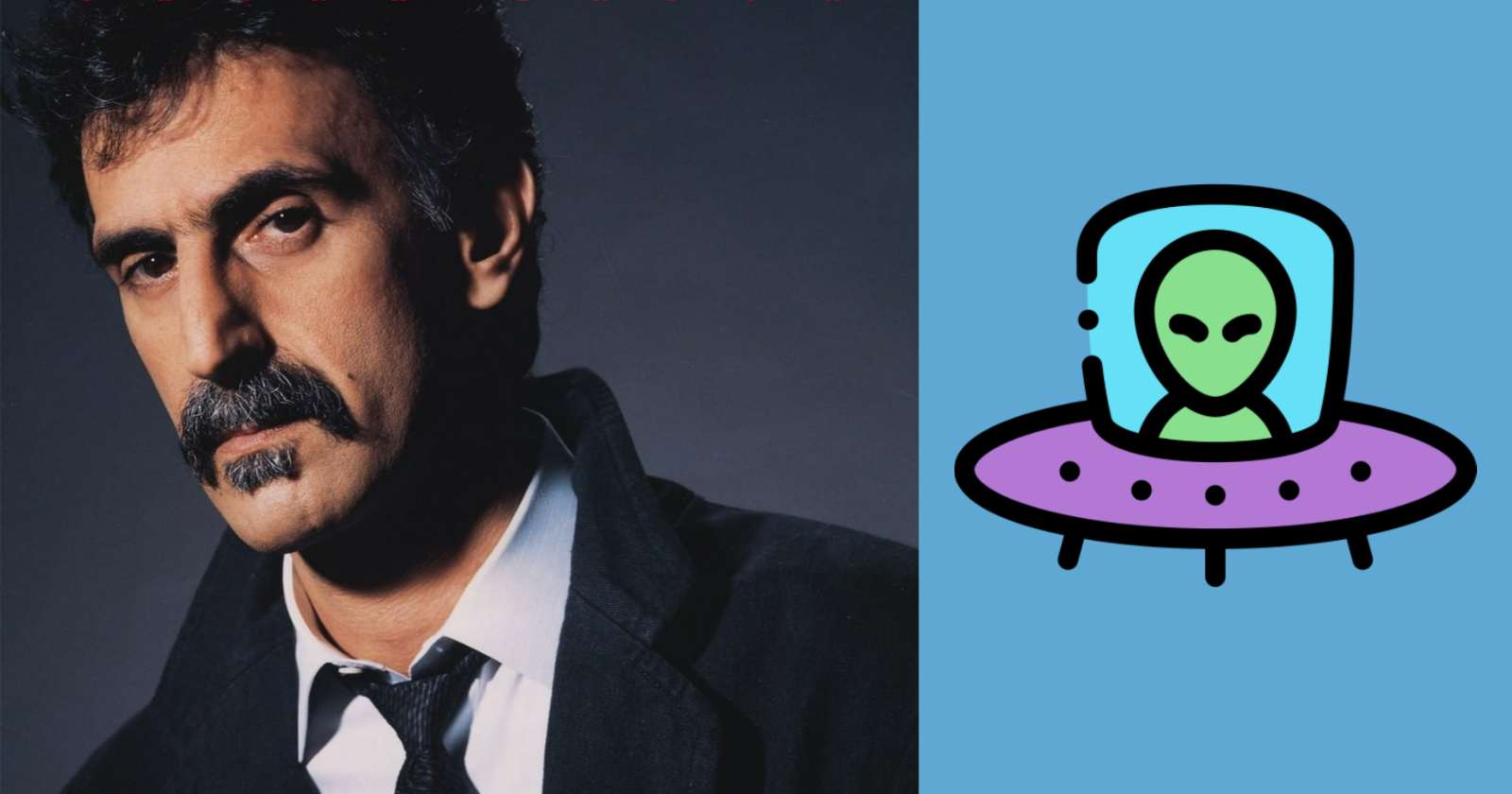 Frank Zappa was one of the most prolific and influential American musicians of the 20th century. But he was also known for being an authentic person and for always giving his true opinion on every subject someone asked him.

In an interview done with Zappa not long before his death in 1993, made available by The Niles Lesh Project (Transcribed by Rock and Roll Garage), he was asked if he believe in UFOs. He answered the question and said why it would be good to try to reach them.

What Frank Zappa once said about UFOs

“I think they are out there. What they are I don’t know. I believe that something is out there. I think that those things that you see in the sky are only one small manifestation of a whole wide range of phenomena that people haven’t properly named. Or have attributed wrong source to. To automatically assume that everything is the work of an extraterrestrial intelligence I think it would be a mistake.”

“Do you automatically assume that things that you can’t understand are supernatural occurrences? I think that’s a mistake. I think that because physics as a science is so imperfect that we may discover that some of the most baffling things that we experience as phenomenon will later be described in very precise terms. Tools which we don’t have now (will be used), but which will be developed later to give more rational explanations for stuff that is too scary.”

When asked if mankind should try to connect with other civilizations, Zappa said:

“I think that the idea of space exploration is worthwhile. But I think that to pursue it just because we want to connect with a race of superior beings with this superior intelect, who will then come down bestow wisdom on this particular race it’s a mistake. If there is such a species out there, if they really were smart they wouldn’t have anything to do with us because the only thing that the human species can do perfectly is make a mess out of stuff.”

“It’ so easy for anything that is human organism to just cause destruction. Because we have this ability to invent destructive things. On a scale that no animal or other organism would be able to do. We can project the worst part of our nature over such vast areas. (Just) because we have the ability to do that.”

“I actually think that if we ever connected with a superior intelligence someplace he would probably do the rest of the universe a favor by blotting out all human life on this planet as quickly as possible. Before we get so skillful that we can spread the bad things that we do to other enviroments. So maybe, the best thing is to find these people. Because we’ll spend a lot of money in. We’ll go out there. We’ll get the superior intelligence and think that he will helps out. And he will just by blowing us up,” Frank Zappa said.

3 Led Zeppelin songs Jimmy Page said are some of his favorites
Bob Dylan talks about Ronnie James Dio, Metallica and Oasis
To Top