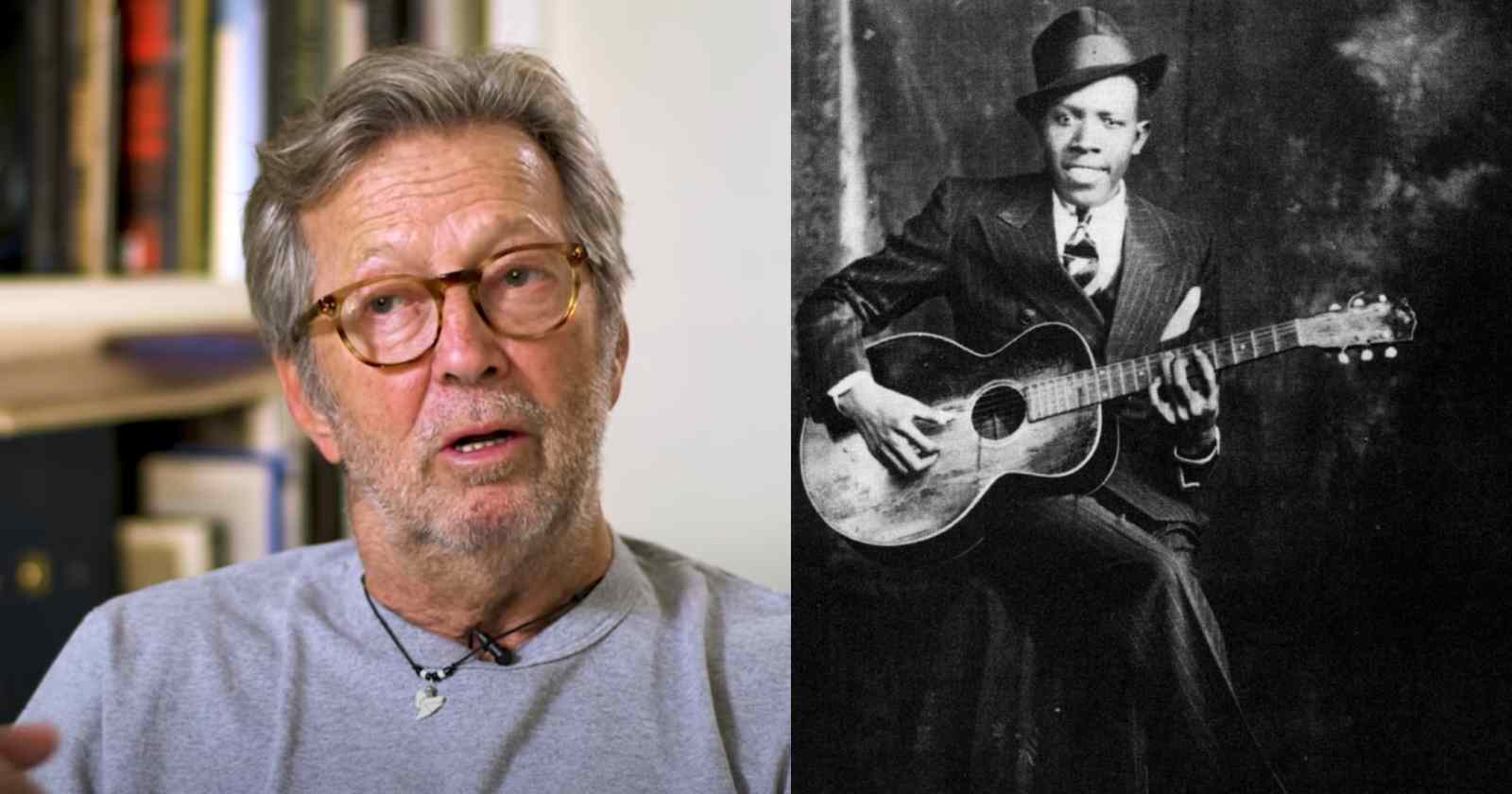 Eric Clapton is a huge Blues fan and loves Robert Johnson that is considered one of the most important musicians of the genre. In an interview with Music Radar back in 2004 he gave his opinion about legend that says that Robert Johnson sold his soul to the devil at a local crossroads in order to achieve musical success.

He died at the age of 27 back in 1938 of unknown causes in Mississippi, same state he was born. His death cause is widely disputed by music historians. Some claim that he was poisoned by a jealous husband and others say that he had congenital syphilis, what may have contributed to his death. Johnson’s poorly officially documented life and death fueled the myths surrounding his persona.

When asked if the Devil mythology associated with Johnsonh was interesting for him, especially in songs like “Me and The Devil Blues” and “Hellhound On My Trail”, Clapton replied: “More likely he was speaking about a girlfriend, or trouble in general. I think Hellhound On My Trail is like that. When I was younger, Hellhound… used to frighten me when I listened to it. The idea that he was really singing about being pursued by demons was too much for me. For a while I really couldn’t deal with it.”

“Then I began thinking of it as a metaphor for trouble. I believe in the presence of evil. I think it’s possible to conceive of something so bad that it can lead into a whole other world – a world where there is little hope. And I think that’s what he was going after. And when he sang about the crossroads… the crossroads is about choosing which path to go down. It’s about the moral decisions you make every day.”

In the same interview Clapton reflected if there was anything else on Johnson’s work that he understood now that he was older. Clapton then answered that many things that Johnson did in those songs he still don’t know how it was done. “Take Kindhearted Woman Blues. There’s an instance in one of the verses where he plays an odd single-note kind of accompaniment on the IV chord. I can’t do it. I can’t see how anybody could do it [laughs].”

During his career Eric Clapton covered famous blues songs, many of them written by Robert Johnson. When he was still in the supergroup Cream, the band covered “Four Until Late” on their first album and “Crossroads” on their third album that became a huge hit.

Back in 2004 Clapton released the tribute album “Me and Mr. Johnson“, with 13 tracks that sold more than two million records worldwide.