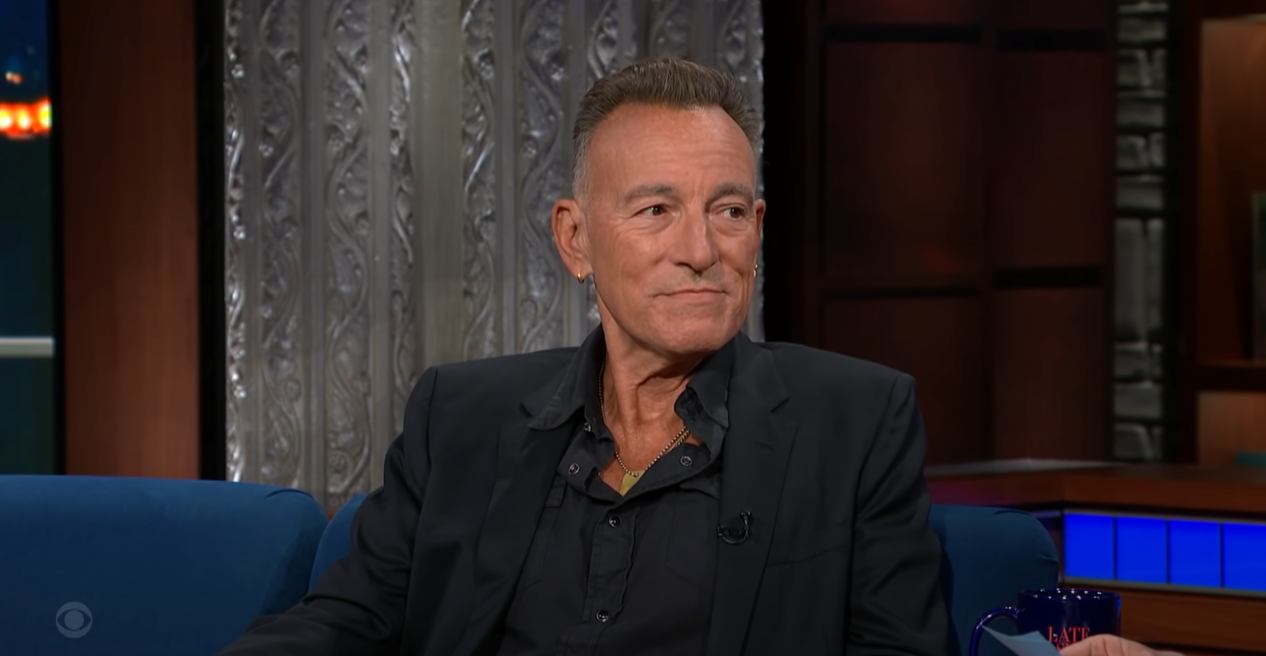 “Ok, individual consciouness…adios (Goodbye). But our souls and our spirits, I think grow and live on with the people that we’ve loved and who have loved us and with the people we had impact on, with our work, in our daily experience. So I’m going with that.”

Springsteen also answered some other questions like “what is the best sandwich?”, to which he replied: “That’s easy, 3 a.m, peanut butter and jelly, big glass of milk.”

He also revealed what is the scariest animal to him and said he had been bit by it a few times: “The scariest animal used to be the shark because when I was younger I was a surfer. But I have been bit several times by a brown recluse spider and they leave a nasty necrotic sore. So I would say for me right now, a brown recluse spider. Spiders, I don’t like spiders.” Colbert then asked were Springsteen were bitten and he said “On my lower body”.