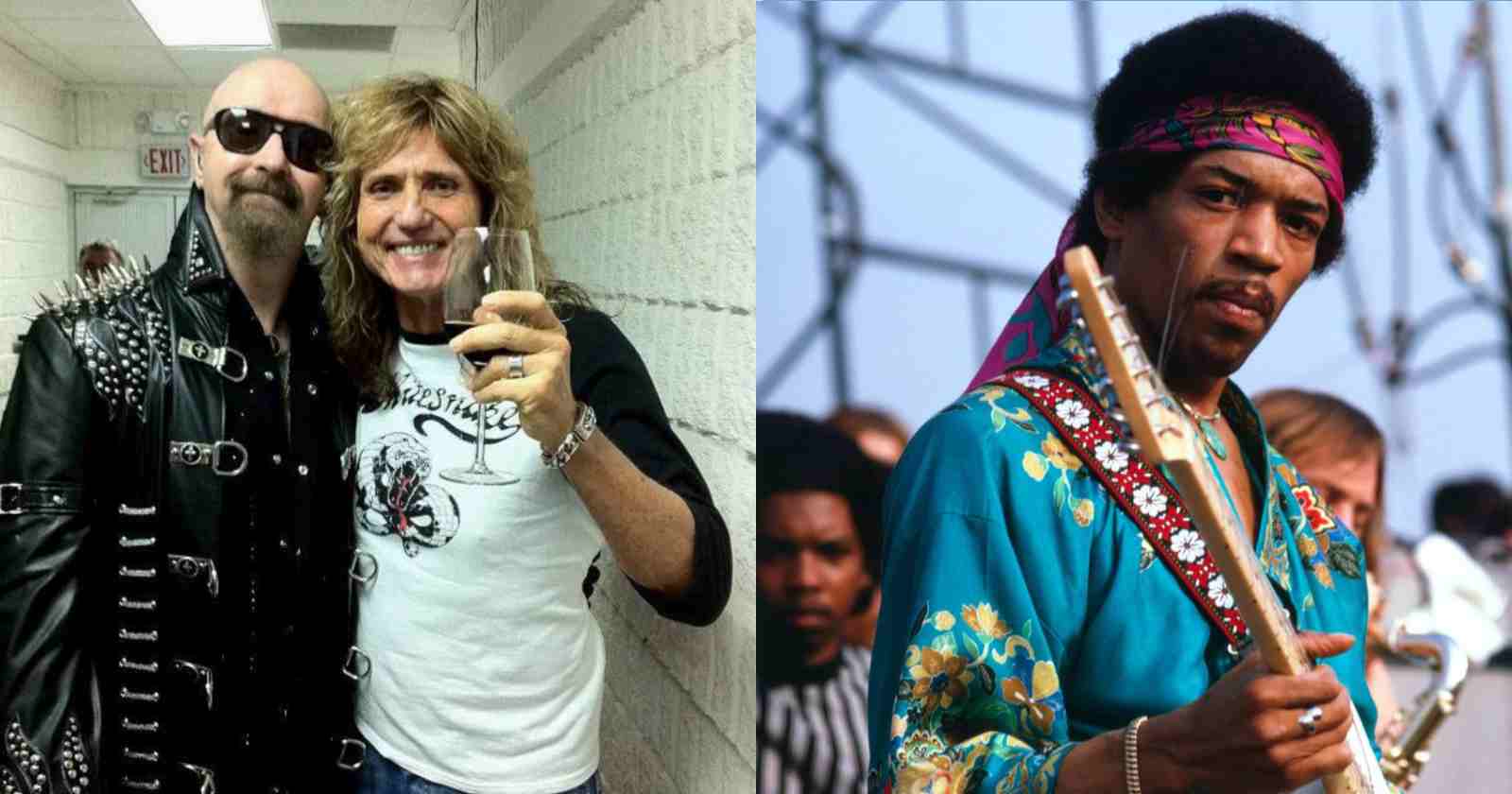 Coverdale chose “Hey Joe” and recalled the impact Hendrix had on him: “There was a magazine way back, I think it was called ‘Rave,’ and I remember reading a little snippet in there about Jimi Hendrix, he was going to be appearing on ‘Ready, Steady, Go.’ So, for some reason, I wasn’t gonna miss it for the world. Just reading about this was stimulating and exciting to me, then I saw him and the rest is history.”

“I wanted so much to be a singer/guitarist like Peter Green, the original Fleetwood Mac, that was my influence. I love to play guitar and I love the blues, etc, etc. But when I saw Hendrix at 15 at the Newcastle City Hall, I looked at him, he looked 20 feet tall to me and just was incendiary as a musician. And I went, ‘I think I’ll concentrate on being a singer.'”

“I saw him do that at the Isle of Wight festival, we were all there but we didn’t even know each other (Judas Prest’s guitarists Glenn Tipton and KK Downing) , so that’s the spirit of Hendrix,” Rob Halford told BBC.

In an interview in 2020 with Rolling Stone, Rob Halford listed his 10 favorite albums of all time and the number 7 was Hendrix’s “Axis: Bold as Love”. He explained his choice saying: “I’ve always been this frustrated guitar player in that I try to pick up the guitar and learn to play it, but it just baffles me. I just can’t understand how guitarists do what they do. It’s just unbelievable. And Jimi

“Hendrix is the maestro of that. What he was doing in the late Sixties and onwards was just a game changer for guitar players especially. And the way he put together the music for Axis: Bold as Love was very, very special. All of the records he made are great, but that one to me just connects.”