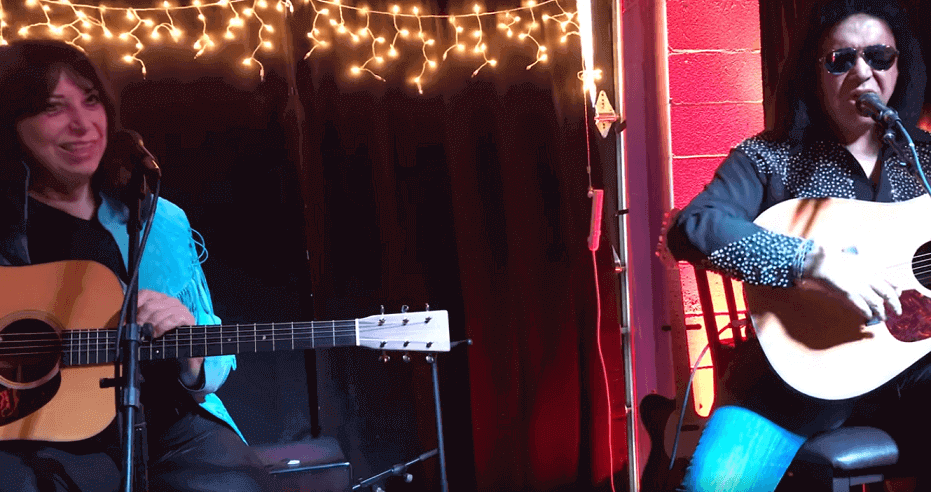 Kiss vocalist and bassist Gene Simmons joined Vinnie Vincent, a guitarist who went through the band between 1982 and 1984, for an event to promote his box set solo, “The Vault” in Nashville, United States. The meeting took place earlier on Saturday (14).

A 20-minute video of the reunion, made from a live broadcast was posted on Youtube.

The reunion with Gene Simmons marks Vinnie Vincent’s second public appearance since the late 1990s. The reclusive guitarist was the special guest of an Atlanta event in the United States earlier this year and said he would resume his career in 2018.

In a previous statement on social networks, Vinnie Vincent thanked Gene Simmons for the invitation. “I’m honored to be a part of this again and thank you very much for this incredible announcement. […] I look forward to seeing you, I always love you,” said the guitarist.