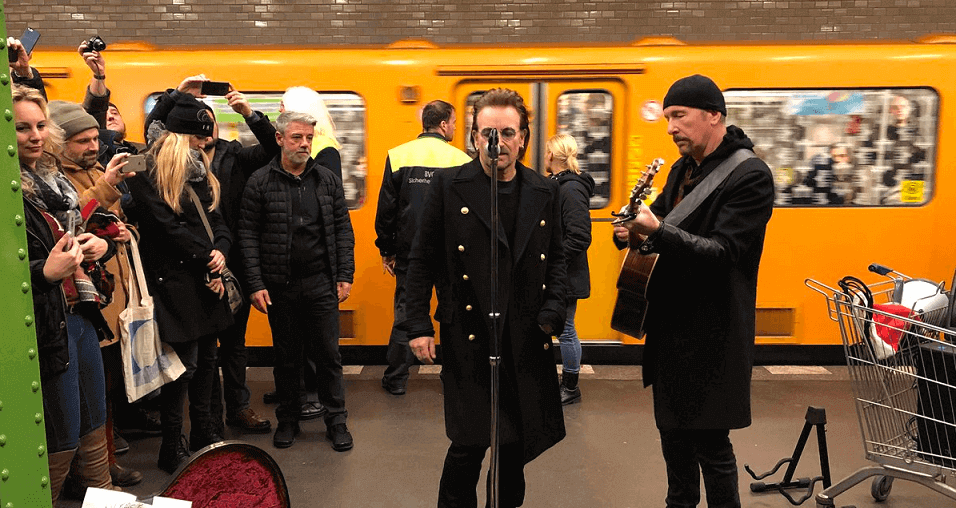 People who live in Berlin and daily take the U2 subway line to work never imagined that they would one day cross an Irish band that bears the same name. Earlier this morning, vocalist Bono Vox and guitarist The Edge played three songs on the platform of the Deutsche Oper subway station near the German Opera building.

The musicians began with a track from their latest album, Songs of Experience, released in early December. To the sound of only an acoustic guitar, they interpreted Get Out of Their Own Way while the trains continued passing normally. Then they released two classics: Sunday Bloody Sunday and One, the latter composed in the German capital.