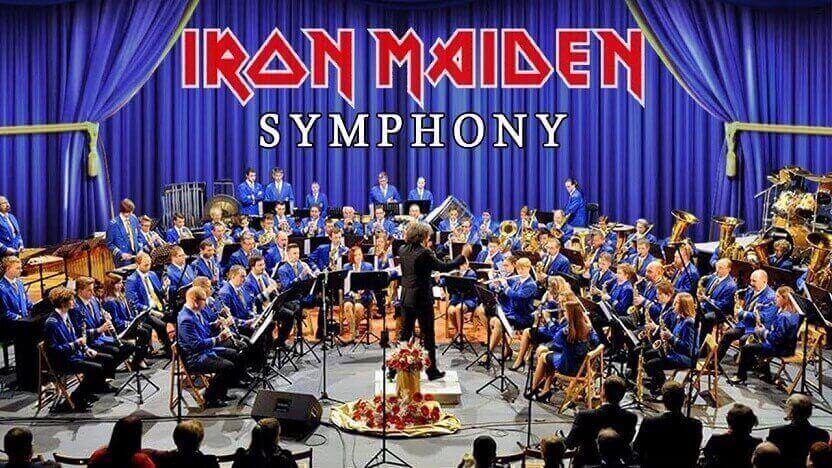 This is project started in 1999 by Blaz Satler with Miha Ferk in a rock band named Steelworkers. Among other repertoire they played songs by Iron Maiden. At the same time, they were both also devoted members of the wind orchestra “Zelezarjev Ravne”.

Read how all happened below:

“We were pretty much kids back then, but we were enthusiastic and had our dreams! We said: “Let´s play Iron Maiden with our orchestra!” But somehow at that point we were too young to make it happen. Years have passed, but the idea stayed in us for all these years.”

“And then year 2016 happened and the orchestra Ravne got new openminded director who came with me in June 2016 to visit Miha who lives in Vienna and we went to Iron Maiden concert. The director was very impressed with the concert and in the same night after the concert we told him about our dreams from childhood! He said: “Make it happen now!” We were very surprised and didn´t know what to say.”

Few days later me and Miha went for a trip to England. We wanted to experience Iron Maiden at the Donnington Download Festival! On the way to the festival site a car crash happened and all the roads were closed so we decided to walk to the Donnington castle. We were walking for hours and hours and at the end we fortunately managed to come there before Iron Maiden started to play.

All this time while walking we were talking about the childhood and our dreams and also about the offer of the orchestra director. It was suddenly clear! “We need to do this! We need to cross that project from our Bucket list! You Miha will do arrangement of few songs shaped in a concert piece.” “You Blaz will play drum set as soloist!”

And here it is! The piece called “Eddie na Koroskem” (which means Eddie visits Carinthia – Carinthia is the area where we both are coming from)!