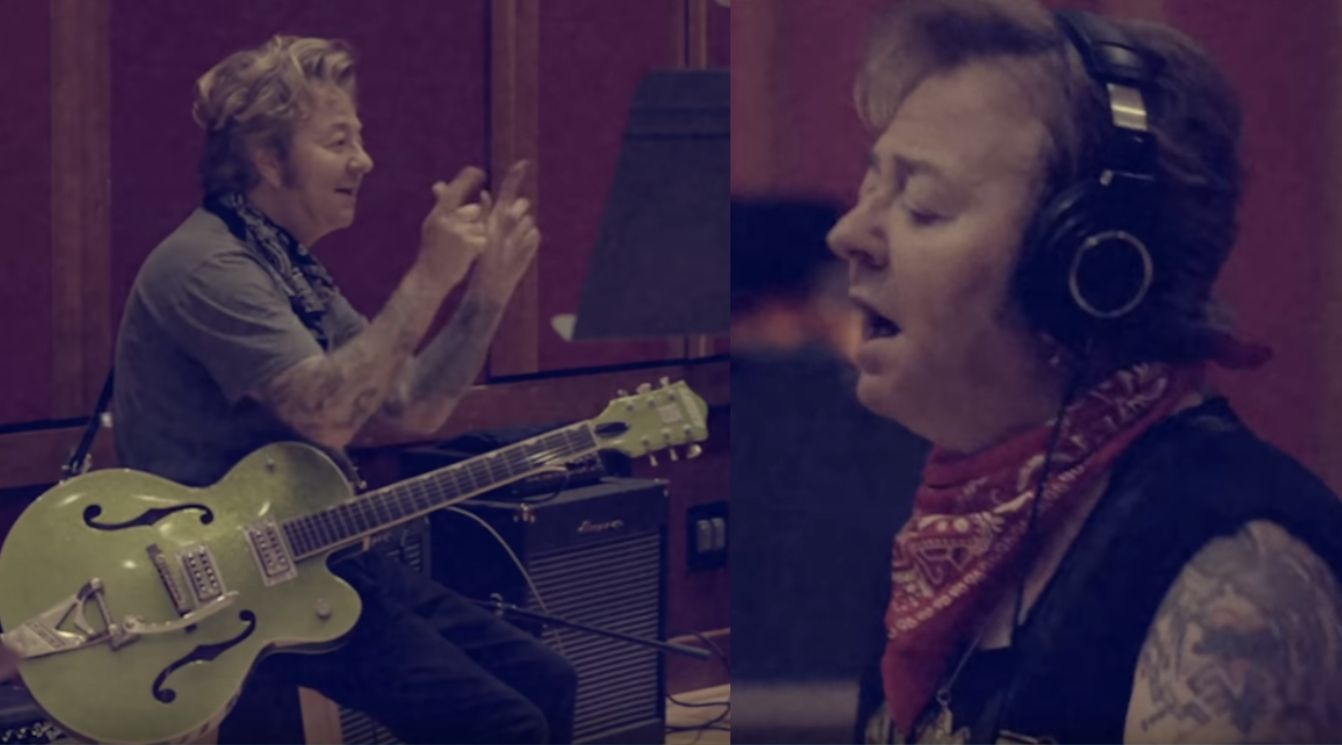 Stray Cats, the veteran rockabilly band announced in March that they were back together and announced their first studio album in 26 years with the symbolic name of 40.

The first single “Cat Fight (Over a Dog Like Me)” was made available for audition along with the announcement. Now, it’s time for fans to check out another single, “Rock It Off,” which is presented in a music video format signed by John Logsdon, who made a beautiful video showing the guys working in a Nashville studio.

The band has Brian Setzer on vocals and guitar, Lee Rocker on bass, and Slim Jim Phantom on drums, will feature Sean Arnett on guitar this year, and will release 40 on May 24.