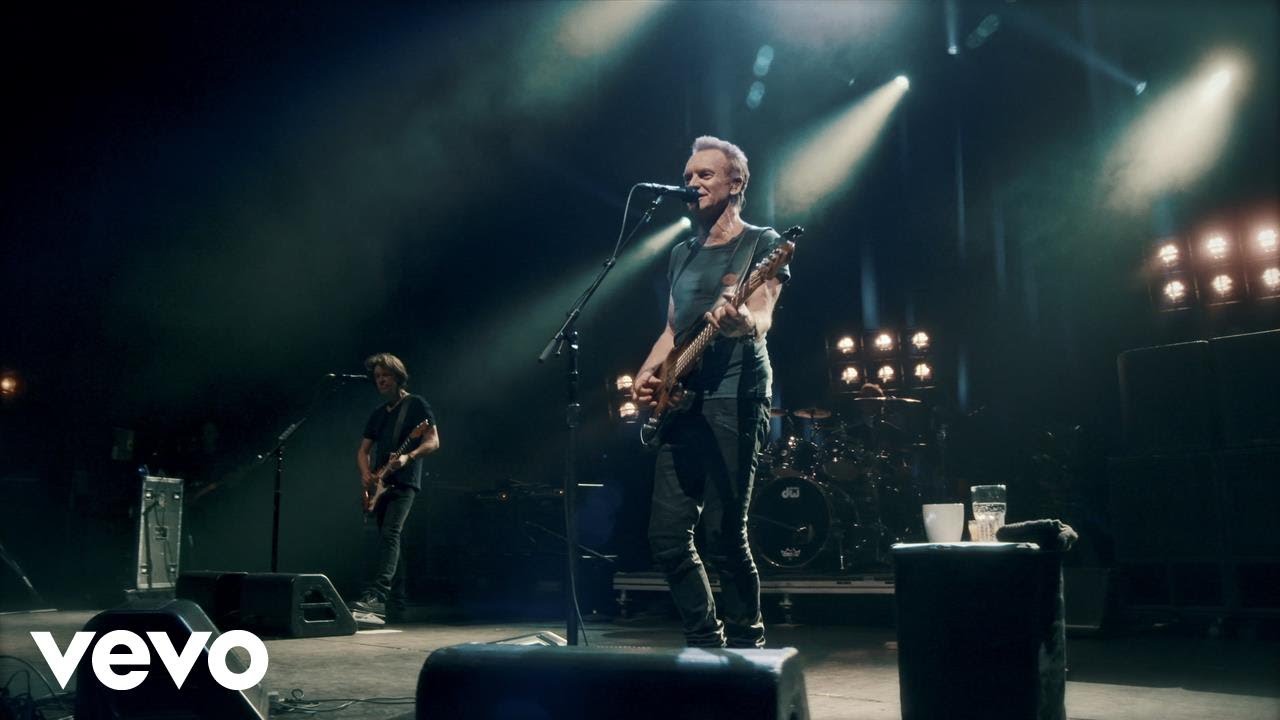 Sting is promoting “Sting Live At The Olympia Paris”, that celebrates Sting’s “57th & 9th” World Tour that is his first rock/pop album in more than a decade. This concert, filmed at the Olympia Paris in April 2017, reflects the impulsive energy of the 57th & 9th album recording sessions.

You can watch below he performing The Police’s “Message in a Bottle”.

The song was released as the lead single from their second studio album, Reggatta de Blanc (1979). Written by the band’s lead singer and bassist Sting, the song is ostensibly about a story of a castaway on an island, who sends out a message in a bottle to seek love.

A year later, he has not received any sort of response, and despairs, thinking he is destined to be alone. The next day, he sees “a hundred billion bottles” on the shore, finding out that there are more people like him out there.

The song was the first of their five UK number one singles. Rolling Stone ranked it number 65 on its list of the “100 Greatest Guitar Songs of All Time”.