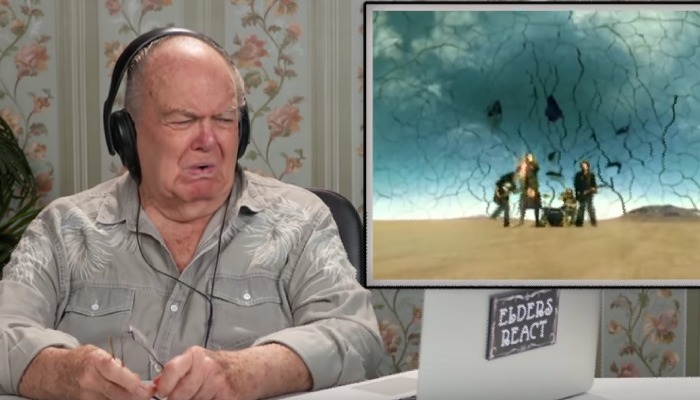 In one more of React’s famous FBE videos (Fine Brothers Entertainment), seniors were chosen to watch videos of Korn throughout their career.

As usual they are mixed opinions, with some saying they can’t understand what Jonathan Davis sings and it’s all very noisy while others like it, saying that it reminds of when they were younger even with a deeper analysis with one of the gentlemen , who admits he has always liked metal, saying “there is a lot of pain in this video, there is a lot of pain in the world” while watching the music video for “Falling Away from Me”, released in 1999.

Images of the famous mosh pits that happens in the band’s shows around the world were shown, with comments that everything seemed a rebellion.