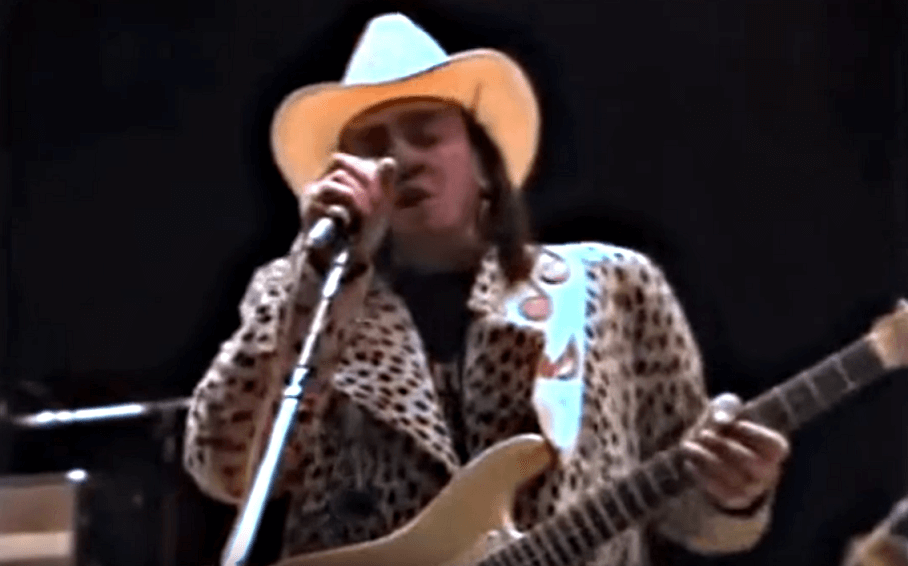 Stevie Ray Vaughan is really a unique musician. His passage in the music world was fast but strong, he left many amazing songs that will live through the generations. And unfortunately not many video footages of him were made. Now you will be able to see a rare video of Stevie warming up before a concert in 1986.

He was an important figure of the Texan blues, a musical style characterized by swing and blues fusion with rock.

Vaughan’s work was nominated for twelve Grammys, winning six; in 2000, he was posthumously inducted into the Blues Hall of Fame. Many consider him one of the best blues-style guitarists of all time. He died in a helicopter crash that also ended the lives of members of Eric Clapton’s team.

On the morning of August 27, 1990, he died in a helicopter crash near East Troy, Wisconsin. SRV followed for a performance at the Alpine Valley Music Theater, where the previous afternoon had performed along with Robert Cray, Buddy Guy, Eric Clapton and his older brother Jimmie Vaughan.

Four helicopters were at the musicians’ disposal, and Stevie found an empty seat in a helicopter with some members of Clapton’s crew, and decided to board. As a result of the overcast sky and the heavy mist, Stevie’s helicopter turned the wrong way and hit an artificial ski slope.

There were no survivors, and the Blues-Rock had lost one of its greatest exponents. Stevie Ray Vaughan is buried in Laurel Land Memorial Park, in Dallas, Texas.