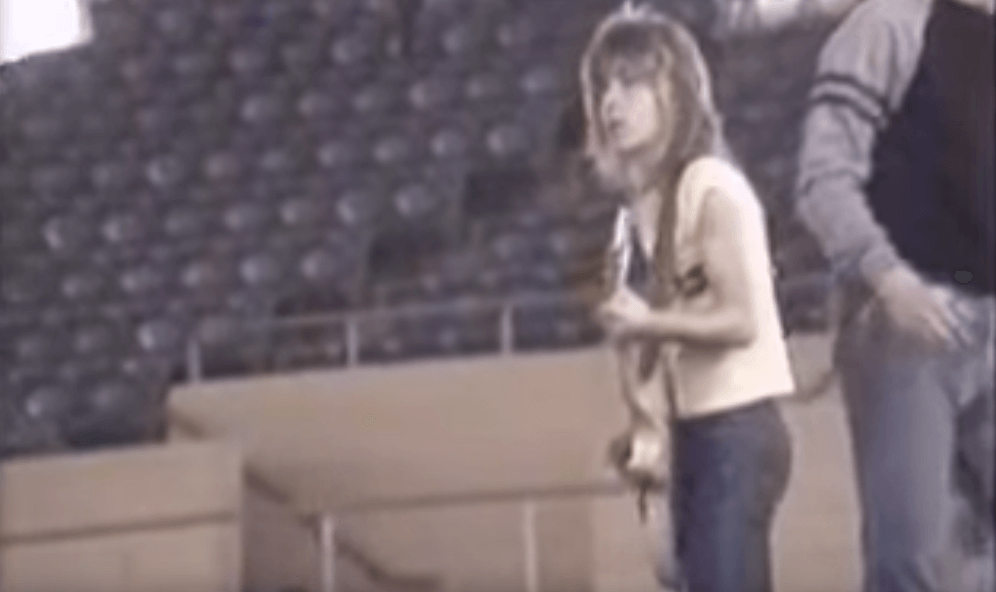 This is rare footage is the only know of a Randy Rhoads at a soundcheck before an Ozzy Osbourne concert, it was made in February, 1982.

In 1979, Black Sabbath singer Ozzy Osbourne was forming a new band. During an interview with Raw Power Magazine editors Robert Olshever, Murray Schwartz and Scott Stephens (future singer of Liquid Blue), Ozzy mentioned he was looking for a new guitar player. Randy’s name was suggested during the interview and the next day Robert asked friend and future Slaughter bassist Dana Strum to try to reach Randy to see if he was interested.

Rhoads got the call for the audition just before his final show with Quiet Riot. He walked in with his Les Paul guitar and a practice amp and started warming up. Osbourne immediately gave him the job. Rhoads recalled later, “I just tuned up and did some riffs, and he said, ‘You’ve got the gig’; I had the weirdest feeling, because I thought, ‘You didn’t even hear me yet'”. Osbourne was drunk and passed out during the audition, but described Rhoads’ playing as “God entering my life”. 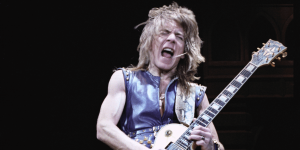 Rhoads subsequently recommended his friend Greg Leon, who also taught guitar at Musonia for Rhoads’ mother, to replace him in Quiet Riot, and then departed for the UK to write and record with Osbourne in November 1979.

The band, then known as The Blizzard of Ozz headed into the studio to record the band’s debut album, titled Blizzard of Ozz. Rhoads’ guitar playing had changed due to the level of freedom allowed by Ozzy and Bob Daisley and he was encouraged to play what he wanted.

His work with Quiet Riot has been criticized as being “dull” and did not rely on classical scales or arrangements.Propelled by Rhoads’ neo-classical guitar work, the album proved an instant hit with rock fans, particularly in the USA. They released two singles from the album: “Mr Crowley” and the hit “Crazy Train”. The British tour of 1980-81 for Blizzard of Ozz was with Bob Daisley and Lee Kerslake.